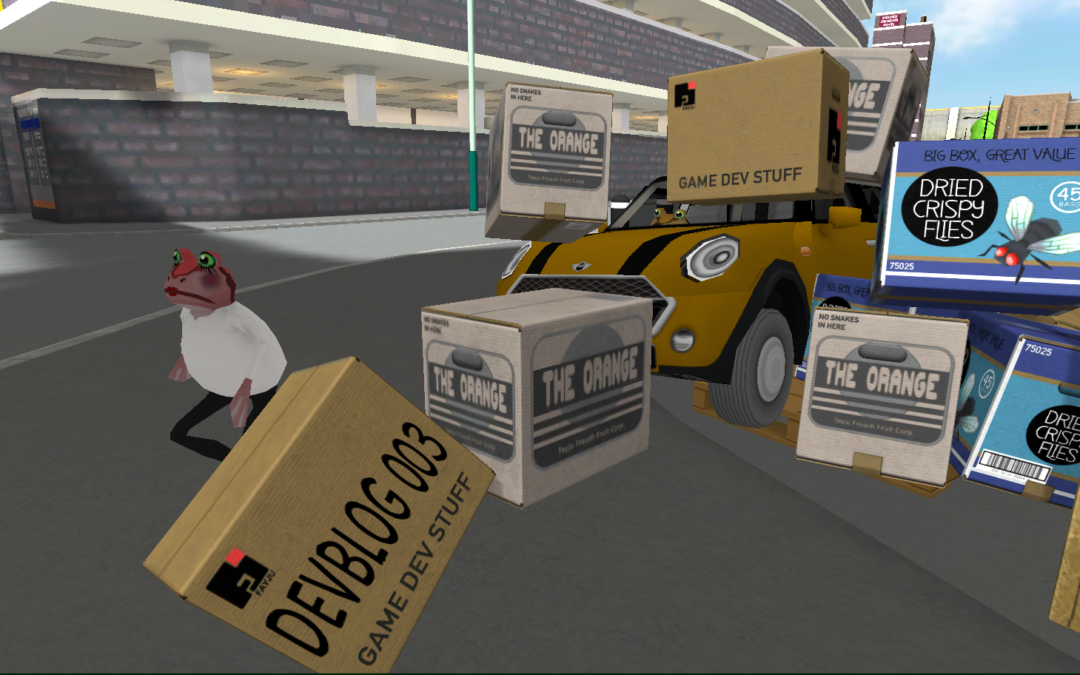 Late again… The Frog Milk Coffee Co. Update is going to have to slip to next week. We came pretty close this time and its almost ready. I’m going to keep this Devblog short because we need to keep momentum going to get the update out as fast as possible, but I want to keep up the practice of DevBlogging so we can keep you posted of what we are doing, thinking … farting etc.you can also read the Devblog on Steam here

This week there has been a lot of modification to the FrogLife™system. Mainly because of a new challenge fApp called “Knockdown”. The FrogLife™ System like many of the underlying systems in Amazing Frog?  is always growing and undergoing optimisation. Some of the functionality behind the behaviour induced by the new fApp influenced much of the NPC activity. We were not planning on touching the Zombies in this update but change to one system can be infectious to others. So the Zombies got a pretty big rework too. We felt the Frog Zombies of the last few updates were not that aggressive or intelligent anyway. As it goes Updating Zombies also means updating ants. 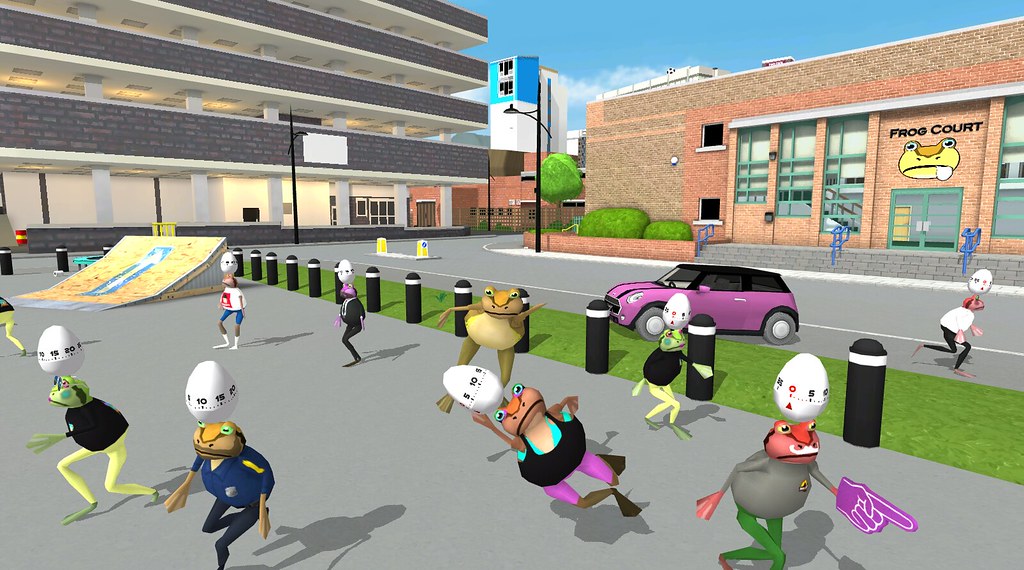 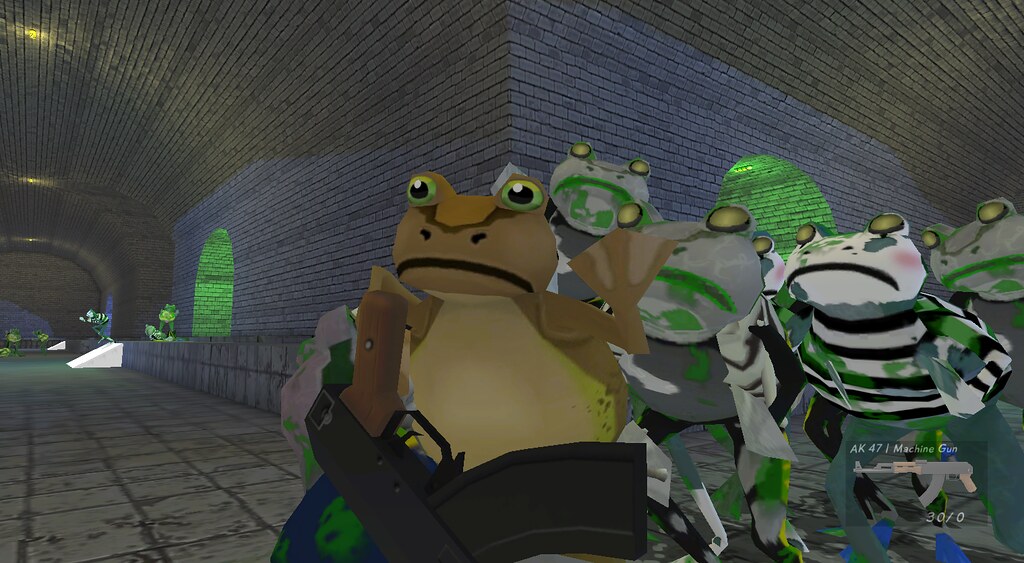 Here are some things that you can expect to see in the next Update. Like before, made for Unity 5, but downgraded for Unity 4. We are really excited about these Gas Canisters. OMG ….we have been meaning to get them in the game since we made the very first Red Barrel all them years ago. 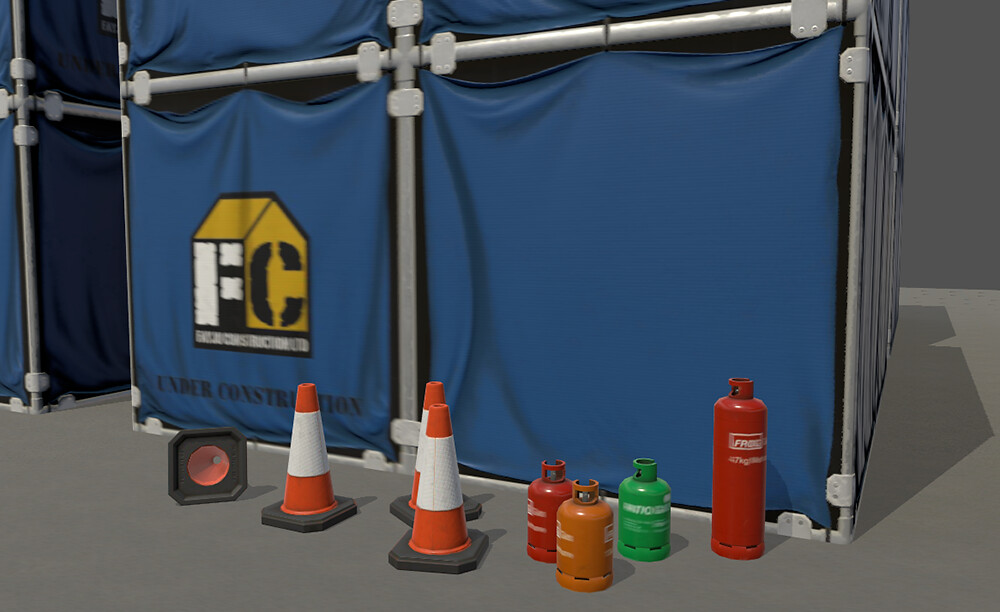 Hal has been using Substance Designer for while now and it really made a huge difference , not just to how much detail he can add, but also to how we think about constructing systems in Amazing Frog? whether it be the NPC costumes, the car skins, building components or any of the new assets. Substance Designer is literally empowering our ability to generate variation throughout Swindon Shire. This will be a lot more evident in Unity 5 as we switch to PBR rendering. For now here is a Substance that Hal created for generating Fried Eggs. 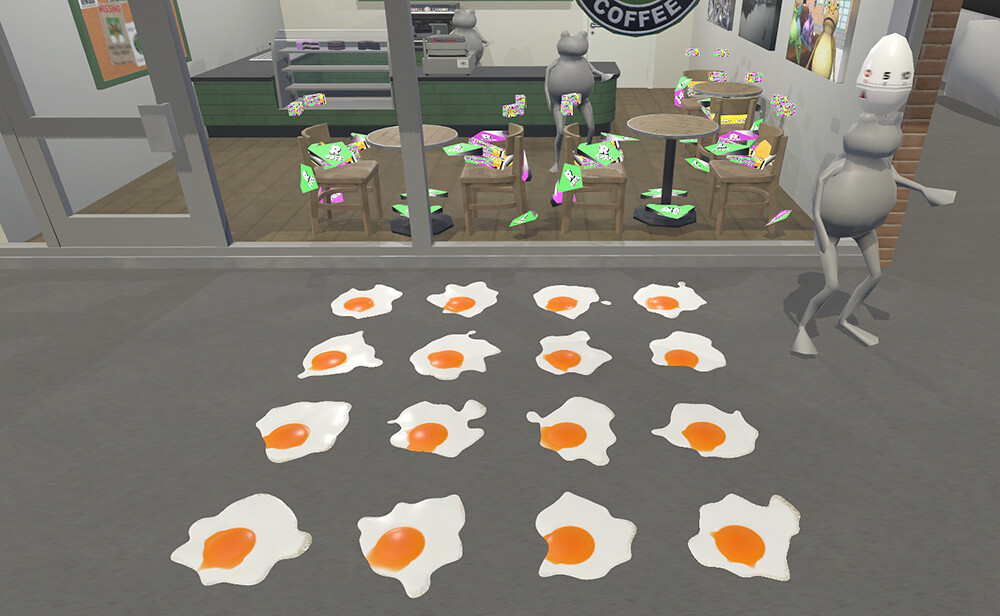 Why eggs?… Lets hope we get the Update out before the next DevBlog and you can see for yourselves.

I often get questions about performance from various sources, I’m pretty certain pocket mode should help there. I know its  not completely obvious how the quality settings work, some systems can benefit from lowFi quality, some from lower population density and others just need a lower screen resolution. This is the nature of developing a game on Steam. It can be very difficult resolving issues or even diagnosing the cause of a problem when there is such a huge variety of systems with a variety of hardware specifications. We are so grateful to everyone in the community who help people out when things are not working correctly for them. You are an awesome community, you really are.

We want the game to run on as many different set ups as possible and making the game run more efficiently, is at an ongoing concern. Like in the FrogLife™ modifications I have been doing this week, I have been trying to make it run better, by looking at how many operations the NPCs think with, dealing with their physics more efficiently to make it run faster and with frogs, zombies…. and ants 🙂

To round up, most of the questions this week have centred around when the update will be released, today or next Friday.  I’m sorry it slipped, I guess I knew it might, but I really hopped it wouldn’t.