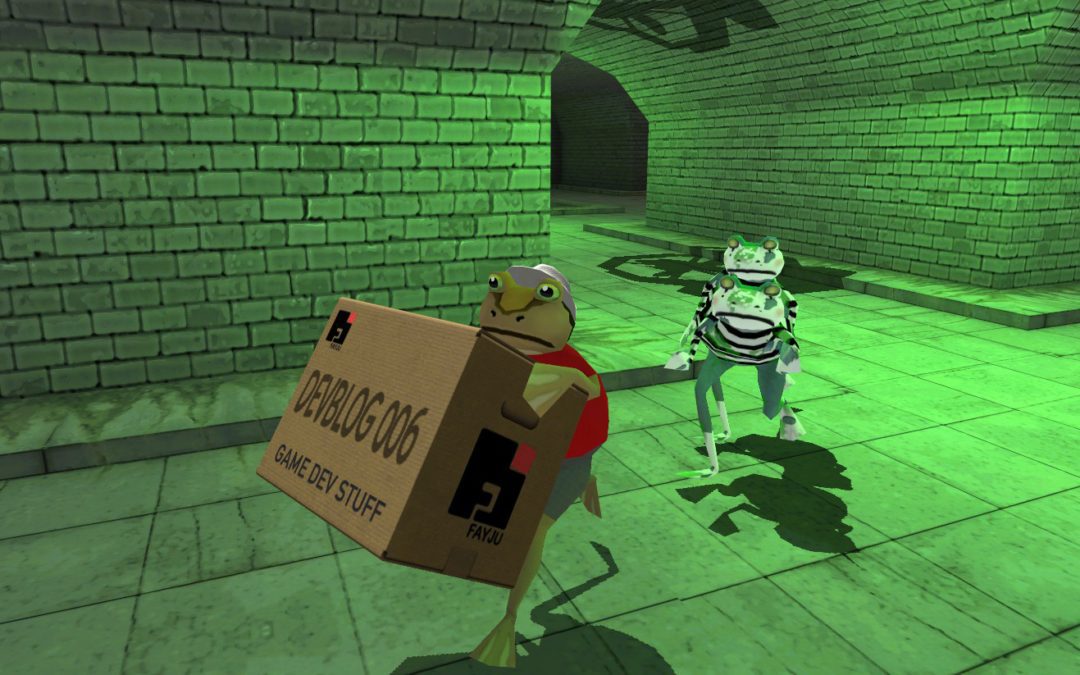 Is its friday again? Technically no I think it just turned into Saturday. Well, the update is pretty much done, apart from a few things, so I am updating the beta with our latest dev build 🙂
It should be much more stable than the last one…. I am just replacing the beta that was there. If you are in beta already, it should work like a normal update.
You can also see this announcement on Steam here

What have you been up to Gaz and Hal?
Good question, Gaz. Thanks.

Fart in a Jar 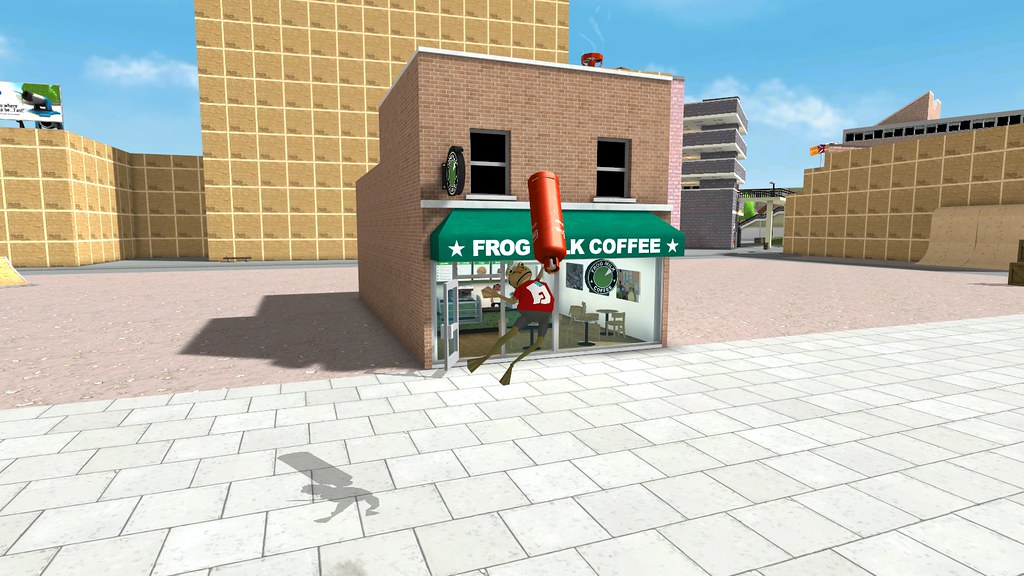 We’ve been planning to put the methane canisters in for ages. Like the sticky frog tongue, helicopter, skateboard and BMX, the gas canister is one of those objects we played with back in the early days of OUYA in 2013, but to this date have completed or never released anywhere…mainly due to stability issues…. 🙂  Basically, its somewhere between a weapon and an object and a jet pack. Its great fun. However be warned that Frog Methane Can be highly explosive. The canister is now possible, thanks to all that nonsense I was talking about last week (devblog 005) to do with coffee cups. Also the coffee cups have been upgraded, they still will be tweaked a little before the official Frog Milk Coffee Co Update. 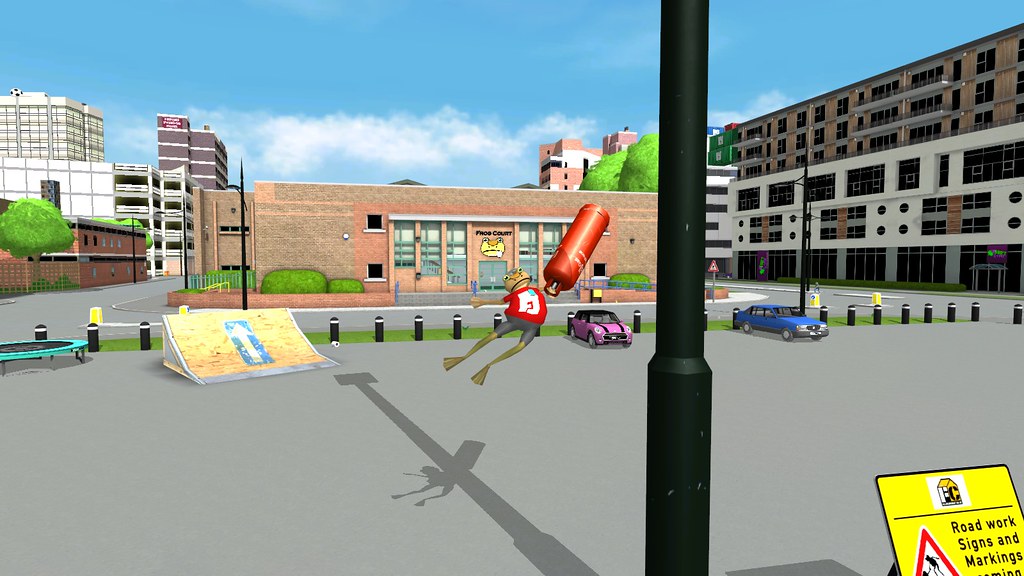 After viewing some very educational material on YouTube, early this week, we started with some serious thinking about the Sharks.  We had updated the sharks for the previous beta, but we realised that they were not too great. We set out to give the sharks more “bite”. I don’t really want to explain how the sharks er… think, but I would say that sharks can now draw certain objects into their mouth and bite on them. We started this system in the previous beta and now we have expanded upon this and in doing so we have made a certain larger shark more stable in the water… and more deadly. We have also been tinkering around with their swimming and “targeting” 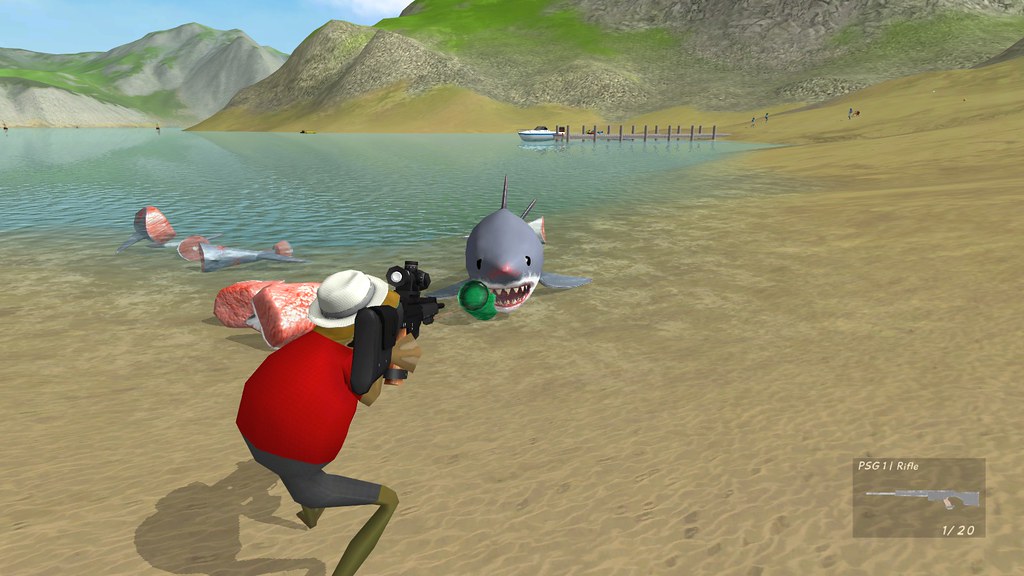 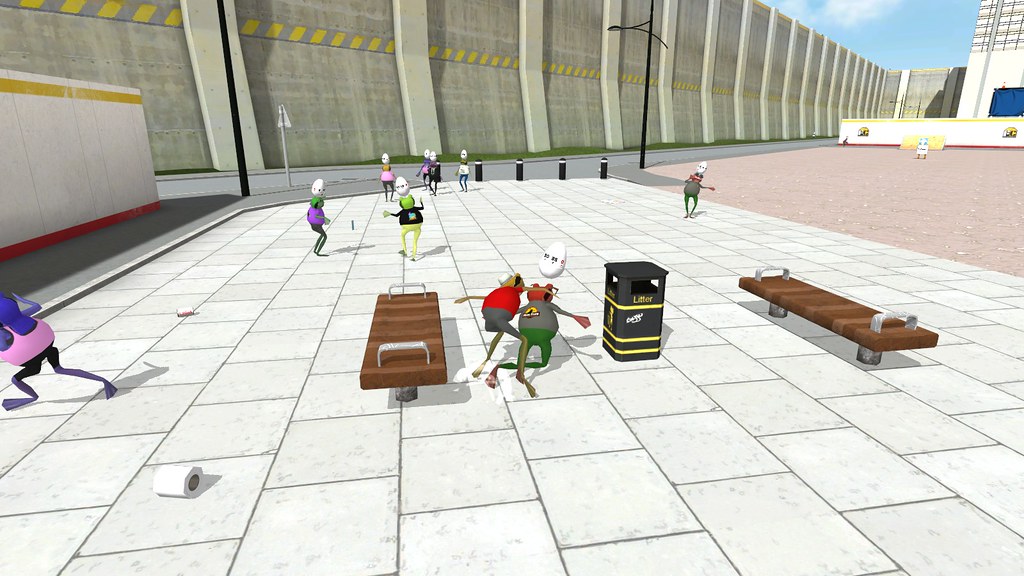 We have been having a lot of fun with KnockDown. It is not particularly easy to measure, which is why we made the “rewards” accumulative rather target based. You can of course set yourself your own challenges… My personal favourite is a densely populated, pocket mode high street and Tiny Pooper at full speed. We have made Knockdown possible in Fart Gyms too, which is a bit chaotic. I’d be really interested to find out how every one likes to do knockdown. Now that we have the fApp it feels like something that we can expand upon in the future. 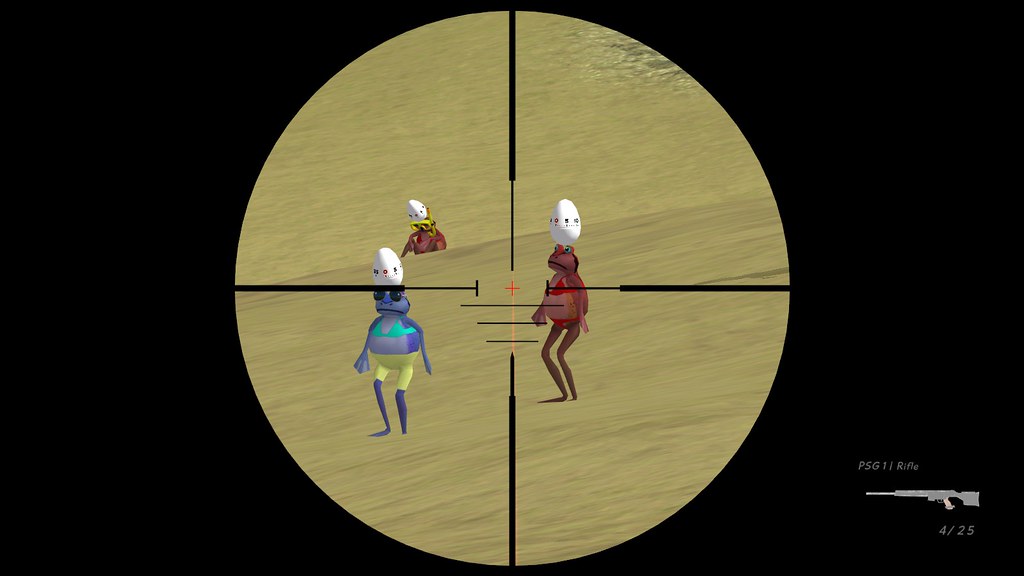 It may be worth knowing that you can put more criminals away.  I know carrying the NPCs can be difficult at times. Each week I do try fiddle the code a bit. After the Coffee cup thing, grabbing frogs by the head had to be adjusted slightly too. I think it may be easier, But I expect I will look at it again before the update next week. In an ideal world a frog would grab another frog by any limb… but things do get very unstable, very quickly when grabbing at any limb. We’ll keep iterating on that, the Physics in Unity 5 is forcing our hand on some issues, but I can talk about that another time. 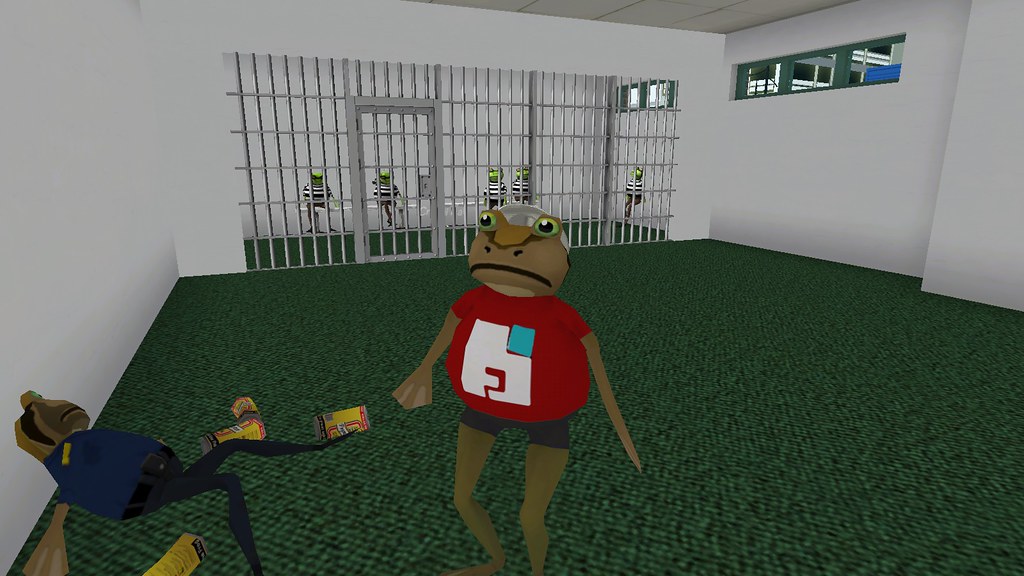 We are in early access and we make the updates available, pretty much as soon as they are ready. We build it, then its playable. This update [ f0.2.8c The Frog Milk Coffee Co Update ] will be fully live and out of beta early next week. I’m pretty confident this time, because this beta is pretty much there. Have a look 🙂 There are a few areas of instability that we need to address and a few bits that need to be finished. We have been getting mixed results with pocket mode, which is a shame as pocket mode is critical to the update. Ultimately, we want to throw ourselves fully into Unity 5 and start bringing you betas of that. Completion of f0.2.8c means just that. When its done, we are 100% in Unity 5 development, can’t wait! 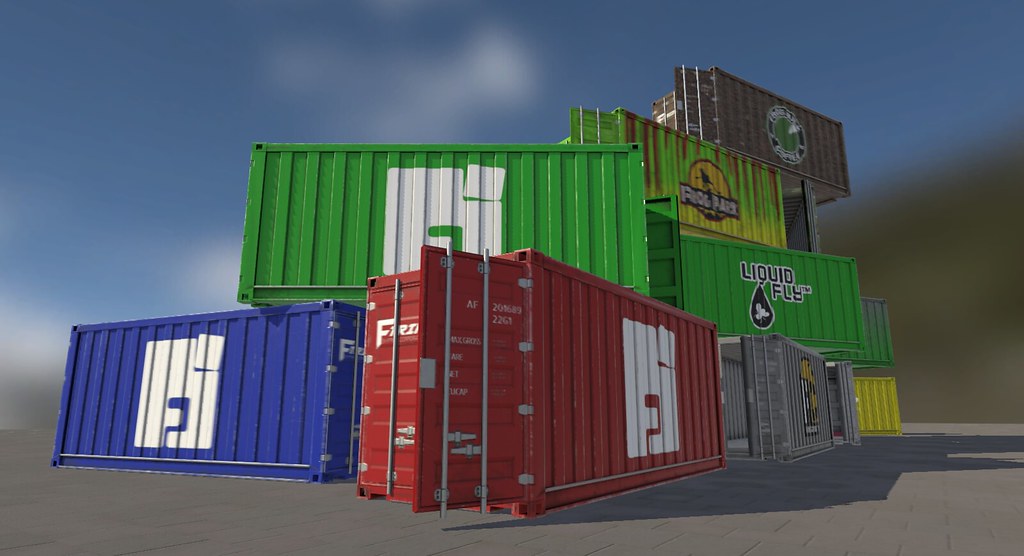