We have just released a hot fix update to f0.2.8c after a frantic four day bug hunt. Last Thursday we released The Frog Milk Coffee Co. Update only to discover minutes later that pocket mode was broken on Windows and Linux. One thing led to another and we ended up fixing a few more things… It felt like Unity 4 was throwing us some last minute pain before we finally said goodbye and moved on.
You can also view this post on Steam here

Before I explain what was wrong I need to first say again about your DATA. 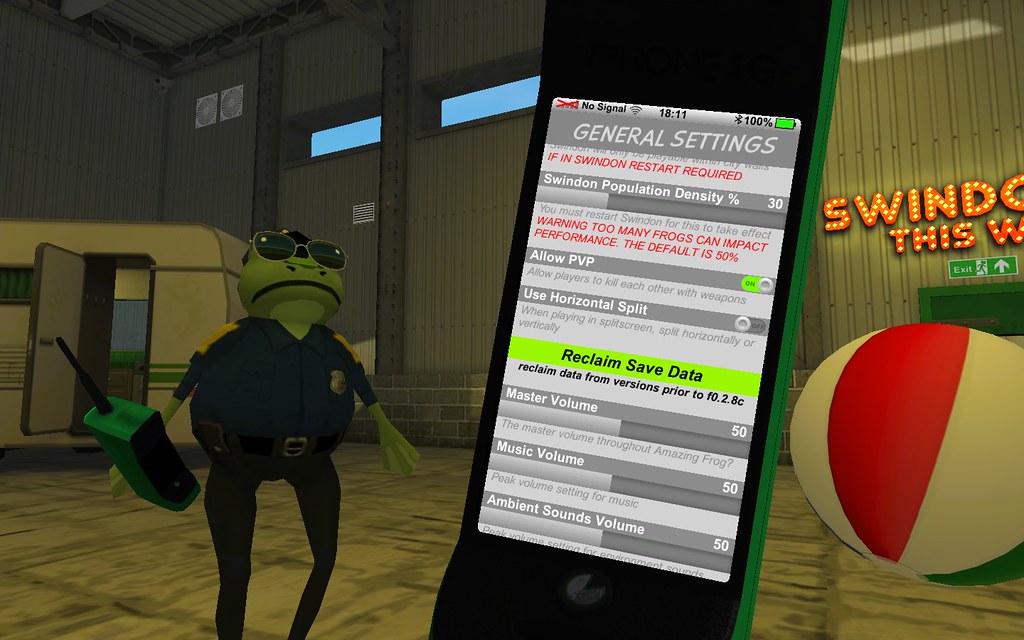 I have noticed that many players said that their Data was lost. Its gone but not lost. You can get a lot of it back. I know it is not very clear, but there was a button put into the Settings fApp on the fPhone just for this purpose called Reclaim Save Data.

There was some confusion here because I made a supplemental mistake where i did not increase the data allowance for Amazing Frog in the Steam Cloud. So this meant that it could not save the new data for some people, because it still had the old data taking up space. I resolved this over the weekend without the need for an update, but it was worth mentioning. Amazing Frog? saves two types of data, local settings and cloud saved data. Local settings are things like quality settings, population density and controller settings, these are saved locally on the machine you are playing. Cloud saved data is for game progression S.C.P. Unlocks, rewards, Trophies, outfits, cats etc…They are saved to your Steam Account in your cloud. This way if you are playing on multiple machines it should take your progression with you but maintain you hardware specific settings per platform. 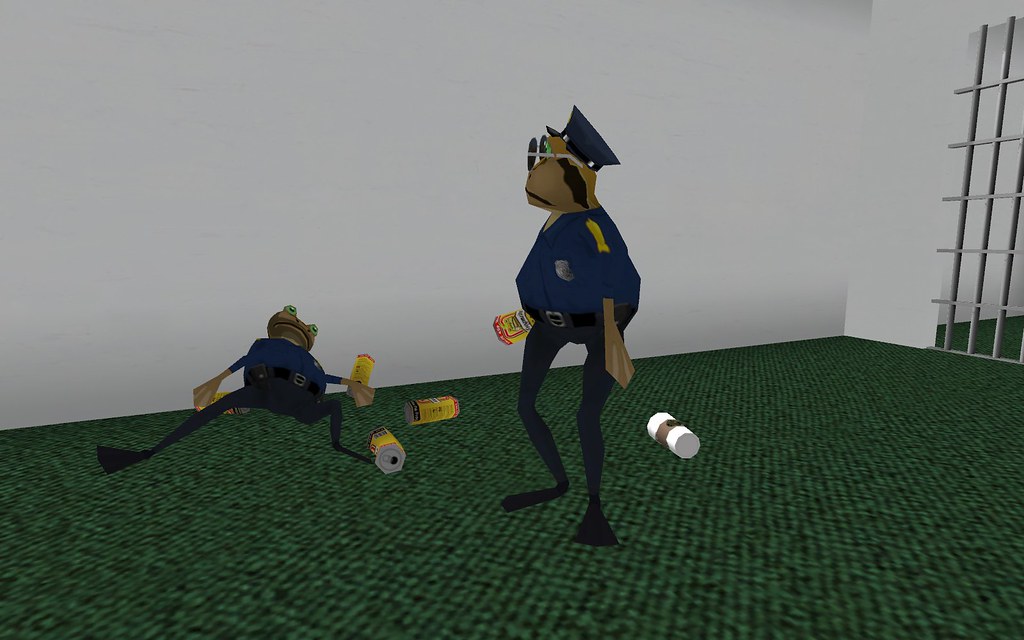 So what happened? We were set to celebrate, because both Hal and I knew that as soon as we were done with f0.2.8c we could fully concentrate on the next stages of Amazing Frog? As is stands we spent the weekend chasing what turned out to be a PIG. We had no idea what the bug with pocket mode was and it took us completely by surprise. There was no error, nothing to read in the crash log and it only happened in windows and Linux builds. Pocket mode was deconstructed piece by piece until we found the crashing culprit.

When we finally found it …. IT WAS A PIG. 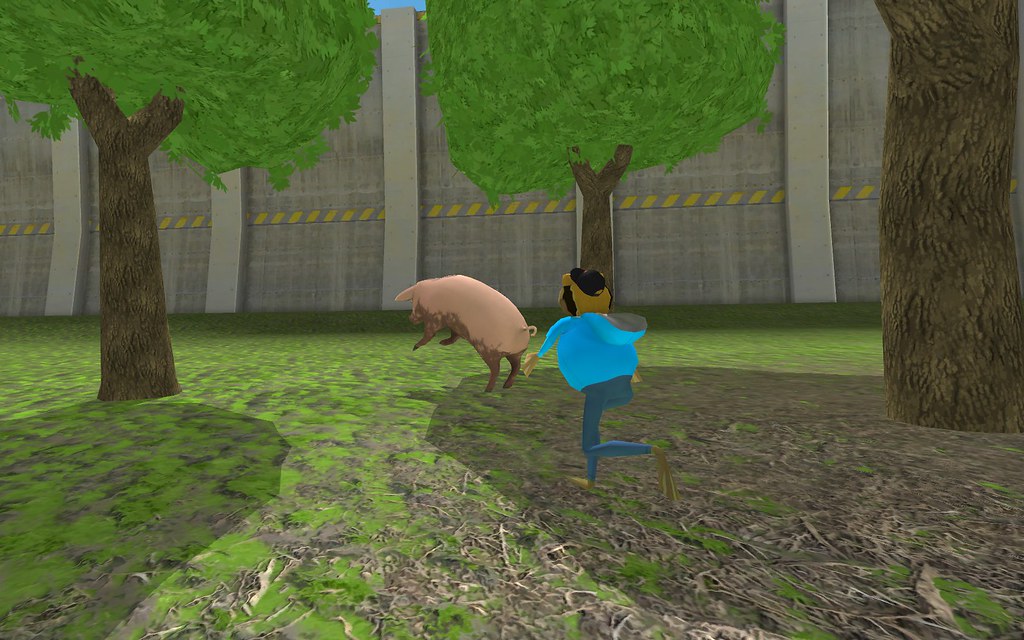 The material on the pigs was breaking the game… ( only in pocket mode ) and we still have no idea why. We recreated the material and threw our hands in the air and is if by magic… it worked again. I guess thats sometimes how game dev works. Pretty frustrating when it does work like that, but its all good. During the process of elimination of reasons why pocket mode was crashing we also sorted a few other things too.

We fixed some notification problems and improved the space flight simulation room.

Also by accident we discovered why sometimes holding a gun or an object results in jitters (often the frog attempting to touch what is being held). The process of fixing those jitters also helped us make the physics even more optimised for this last Unity 4 version. So this update is now THE LAST, but hopefully THE BEST Unity 4 version of Amazing Frog? Bring on Unity 5. 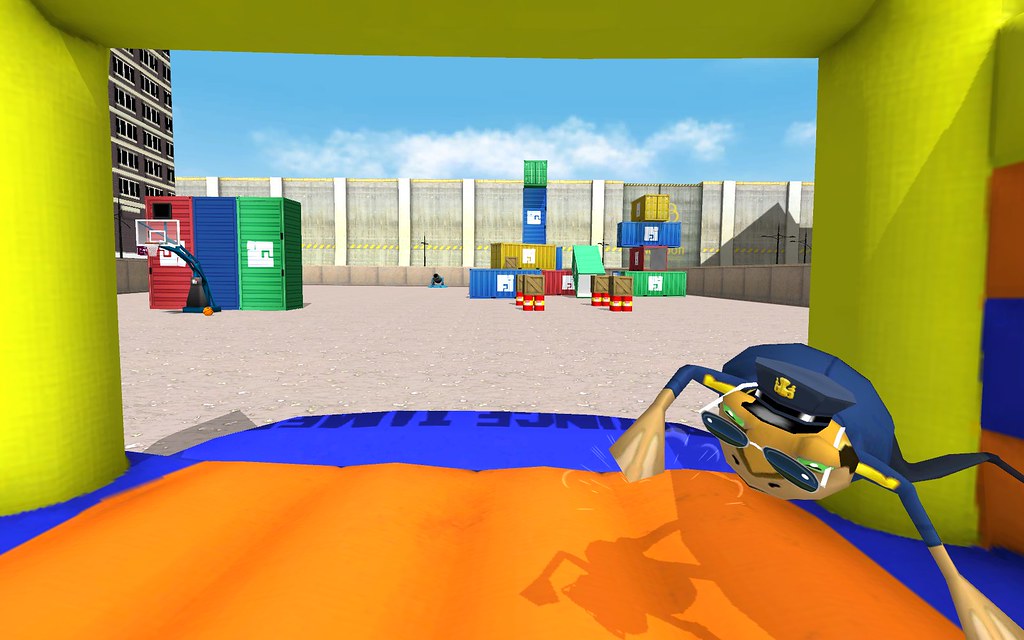 Well certainly the next Devblog will be about the Unity 5 stuff  that we are working on, but in the meantime I expect we will probably spend a day or so playing the hell out of the The Frog milk Coffee Co Update as there is a few things we have been eager to try out. Maybe we’ll make some videos, and if we feel up to it… I guess we better update out completely out dated store page 🙂