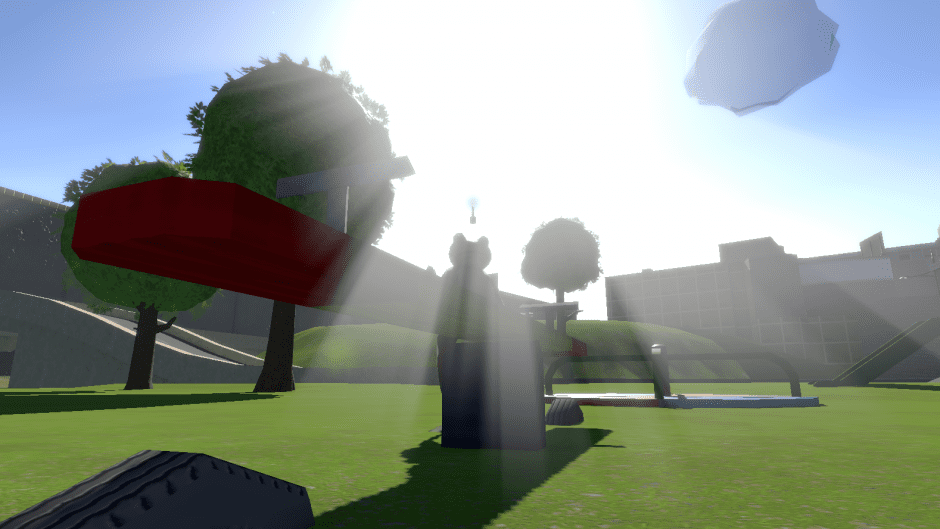 First things First… Where is the Unity 5 Update?
I want to make one thing clear – The Unity 5 update will NOT be ready before Xmas… 🙁

We just don’t feel that its ready to be played. We have been doing some really cool stuff that I desperately want to share with every one, but its not ready as a whole. Hal has been busy fleshing out the high street, for the new businesses that will occupy the new buildings and we have made a lot of progress with multiplayer and the overall environment , but the physics is just not “Amazing Frog?y” enough. And to be blunt its going to take more time. On the positive side this means that when we do make the first Unity 5.0 beta available there will be a lot more new content than originally planned. Thank you for bearing with us. 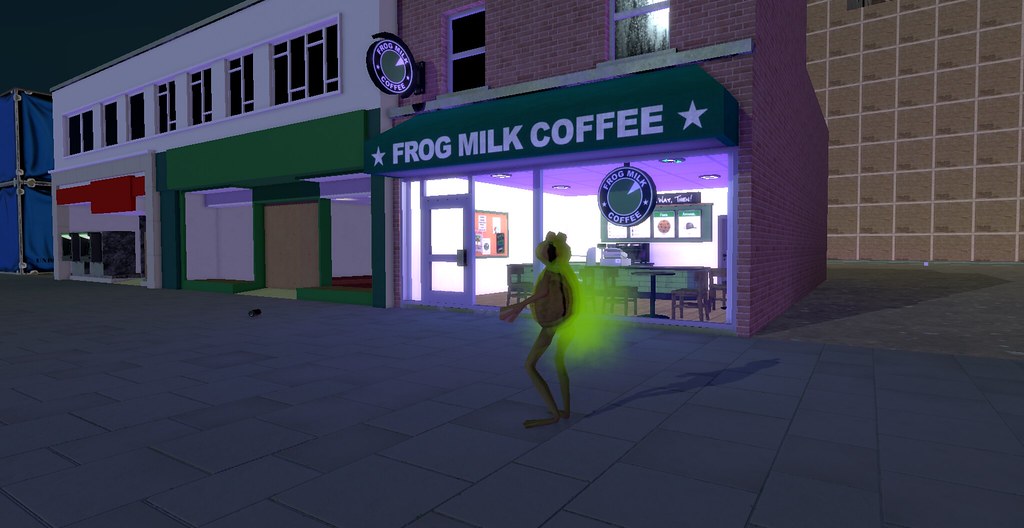 We just felt that it would be lunarcy not to put out an update for you guys to play over the holiday period. We wanted to give you something special. We pulled up the Unity 4 version and started prototyping some of the unseen goodies we had been working on for Unity 5 and felt we had just cause to let you win access to them through SSSP (Secret Santa’s Secret Presents) Last year we dropped the Xmas update on Xmas Eve…So for 2016, we are going to try and get this one out bit sooner   🙂

The next devblog will have a much more in-depth look at the upcoming beta. It has been a chaotic past month, working in both Unity 4 and 5, simultaneously again, and it can be difficult to find the time to put what we have been doing into words. As i mentioned before, sometimes the Unity 5 version feels like we are making an entirely new game, “Amazing Frog? 2” if you like and grappling with the conversion issues demands a very serious approach to development. Having some time to focus purely on making fun content has been incredibly refreshing for us. Helping us to remember why we are building this game that we love so much. I don’t want to spoil the surprises by saying what is in f0.2.8d, but we put some hidden stuff in there that we think is out of this world. 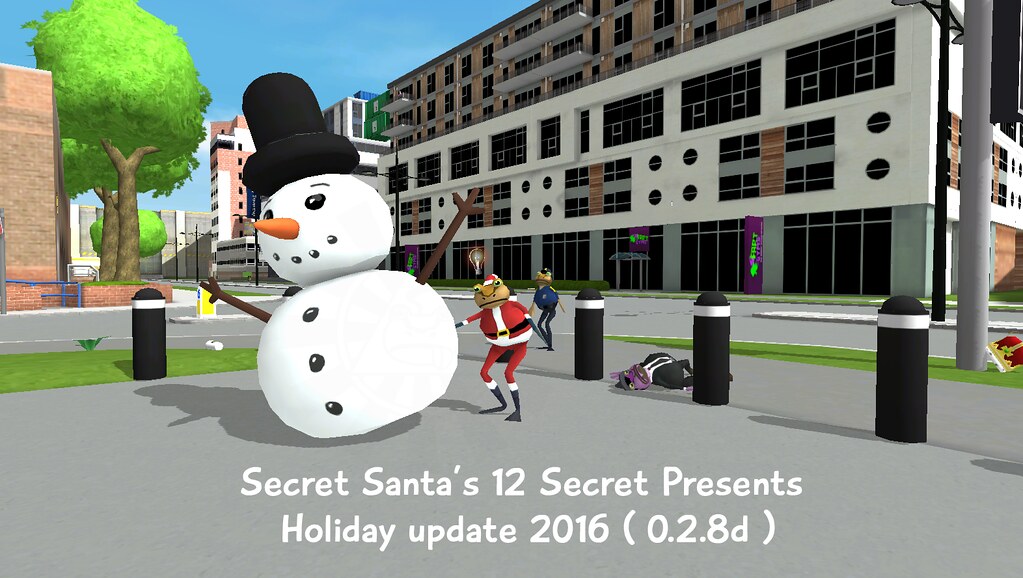 Also  – I’m sorry I have been quiet in the discussions, but I want to express how grateful we are to everyone in the community for helping each other and making it such a cool place.  Especially Zeron and Pootispaghetti who have also been super helpful bring things to my attention and sometimes I think they know more about Amazing Frog? than I do.

I will post here again when Secret Santa’s 12 Secret Presents is ready to play.

this post can also be read on Steam Here