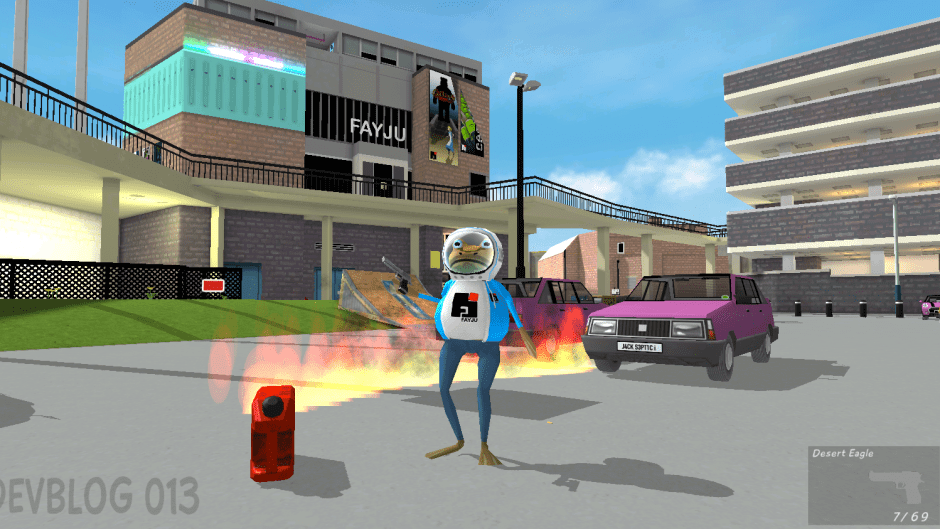 Hello Again.
Sorry that its has been a while since the last devblog. Lots has been happening and its been getting really complex to explain what and why we are doing. I’ll do my best.

First off we have a rather fiery update, f0.2.8e, that is almost ready.  You had the grapple hook, bombs and rc cars in f0.2.8d and we are introducing fire in various forms and a bunch of other things into f0.2.8e. Its a pretty big Unity 4 update again. Mainly it is new mechanics and systems. Its an exciting update. One of the main core new mechanics is Flammable trails….

For example take a can O fuel to your local Art gallery… leave a trail on the floor…. 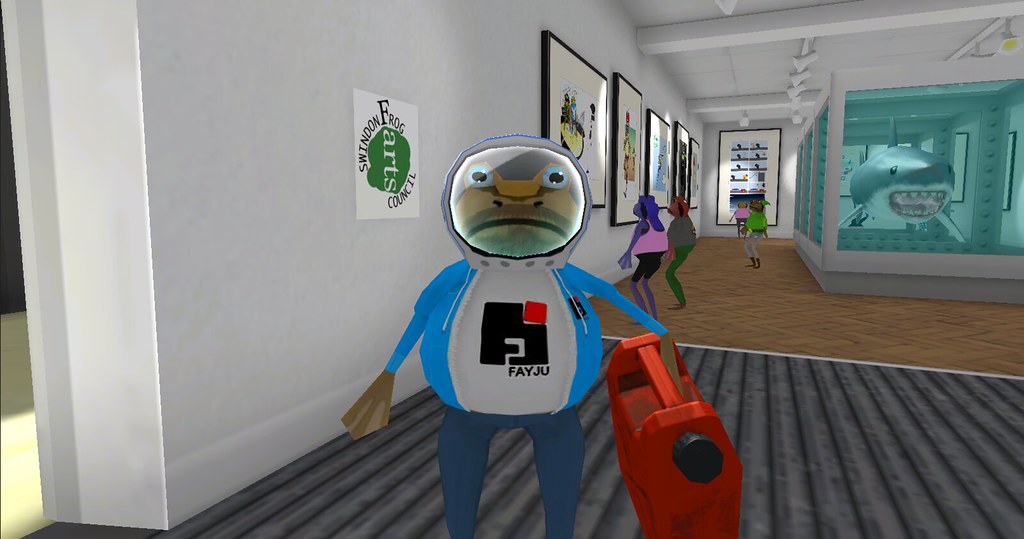 shoot the trail with your gun. 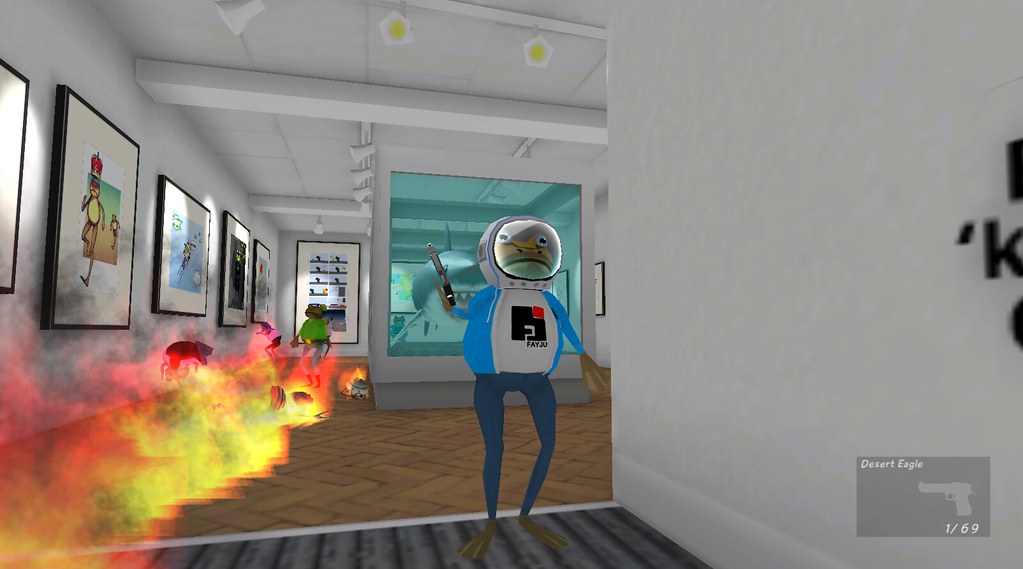 To be honest we haven’t explored all the possibilities of this yes. But we have been making sure the flames have an effect on most things that move. 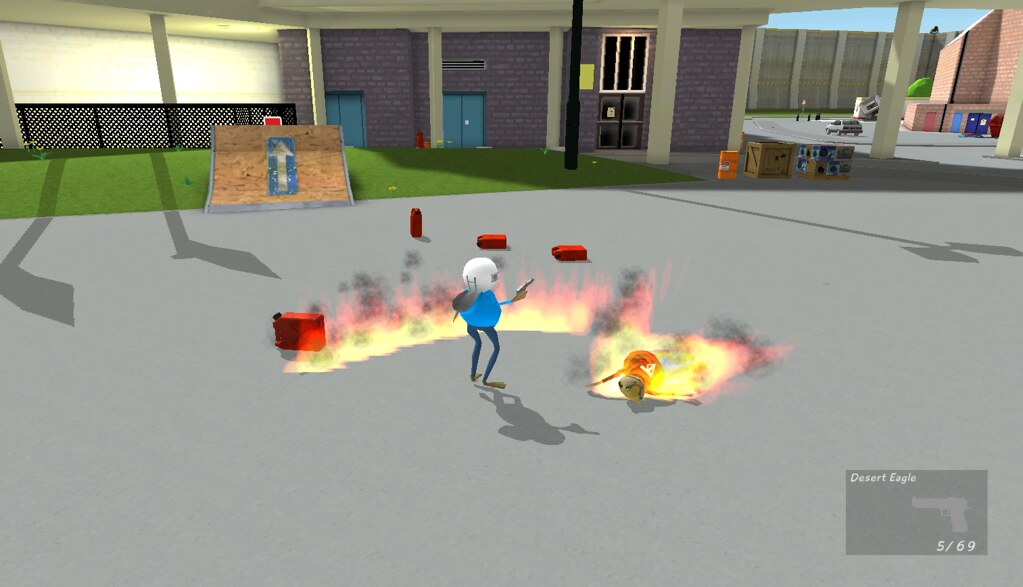 Also there were some rumours about the Swindon Space Program actually going to the moon, not sure i can say what that is all about. I think some frogs daydreamed about going to the moon while riding a crazy buggy up on a hill. 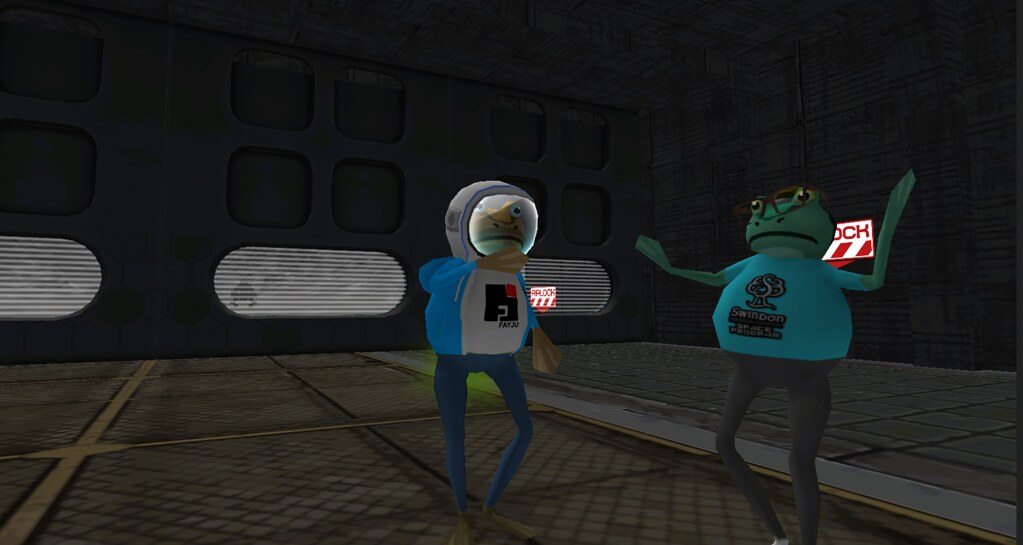 So Gaz, on a more serious note… the online version and unity 5… Where is it?

Oh its happening. What you need to know is that The Online Unity 5 version of Amazing Frog? (f0.3.0) is coming. Not even Trump can stop that.

It was depressing to have so long without releasing an update. Seriously, Hal and I love playing Amazing Frog? and a new update is literally a good time to sit down and play it for hours, maybe make some videos, but also to remember why we became game developers in the first place. But after the Big Switch which I mentioned in Devblog 008 we had our work cut out for us.

Its not that progress isn’t happening, its just taking a long time. Longer than we expected. This is beyond being tripped up by our usual blind optimism. This was not realising that pretty much EVERYTHING would need converting and rebuilding. Code and Assets. We never expected to have to change SO much just to get it to work, but we also,never expected to feel so empowered by Unity 5… The possibilities.

There is so much going on in the Unity 5 update that is so awesome, literally so many moments when Hal and I have been staring at the screen thinking shit… thats so awesome, did we really make that ? As arduous as the task is, Unity 5 forces you to step up and be a better developer.  The current problem with the Amazing Frog? Unity 5 branch is it doesn’t all come together yet with the same kind of synergy as the f0.2.8 versions have. Its like lots of isolated clusters of a big beautiful puzzle. The unity 4 puzzle may be more complete but it will never be as nice to look at.

So In November after realising that we would find it too difficult to replace the standing unity 4 version on one go, we came up with a different plan. A plan that enabled more output. 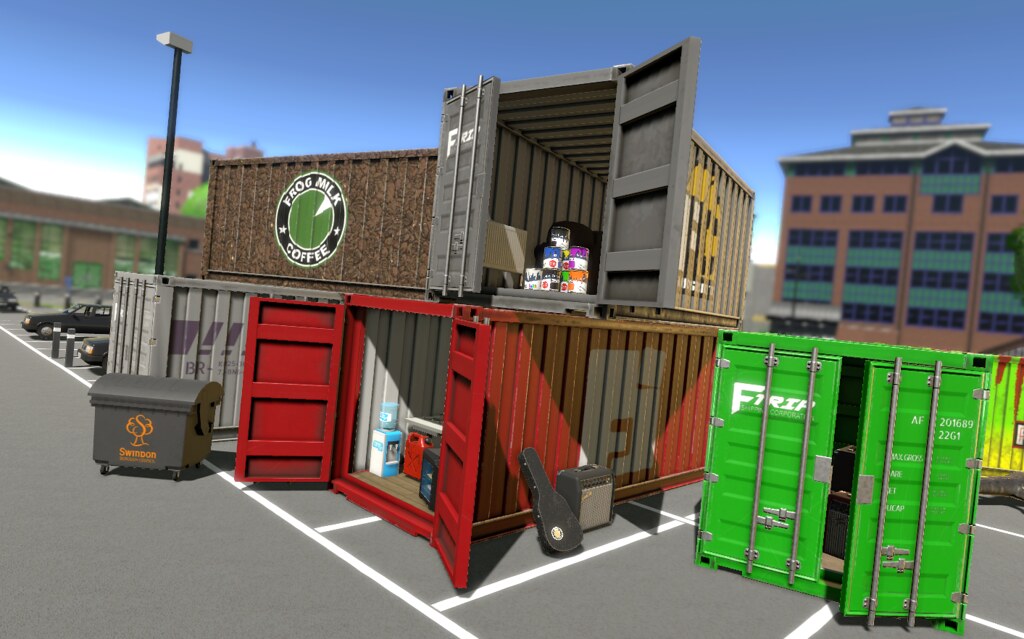 Hal has been constructing objects and buildings for the Unity 5 version since before the Frog Milk Coffee Co Update,  I think I spoke about this before. By focusing on the likes of new weapons or mechanics like the Grapple hook and active trails, it gave us the opportunity to start building new content that was Unity 5 safe, but would also work in Unity 4 again. These things are more related to smaller code driven objects rather than the new architectural features which define the Frogthropology™, like the Bank of Swindon. Each of the businesses and institutions in our Swindon are important to the ongoing development of Swindonshire. Objects and buildings are important, but its the social and Frogeconomics that will drive infrastructure of the FrogLife™ecosystem. If that makes sense to you,  then great you now have an insight into our ambitions. 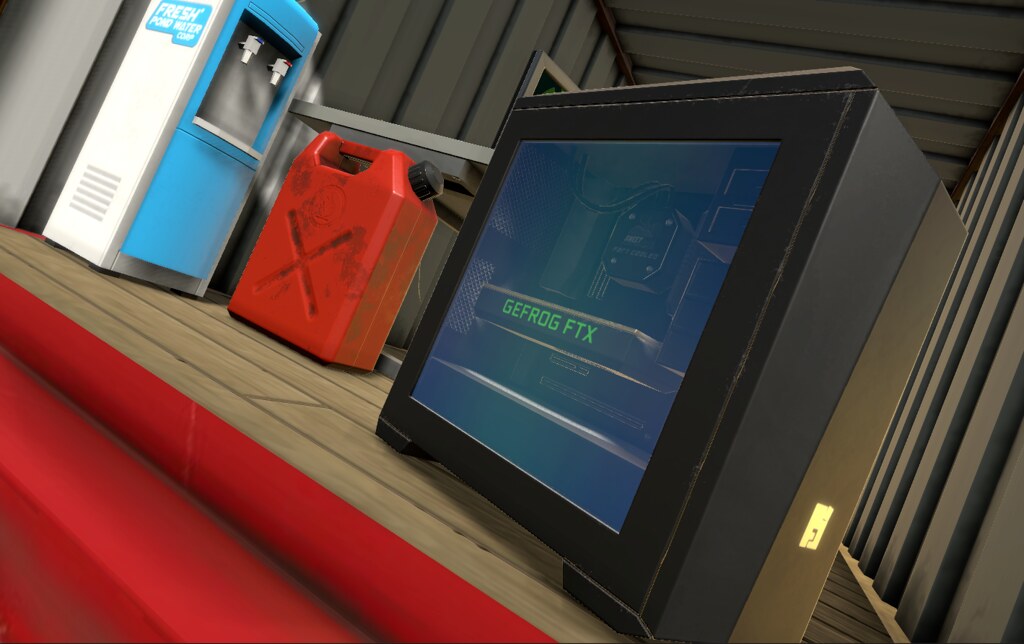 So the unity 5 development continues. Yes through December and January The Unity 5 development process slowed to give way to f0.2.8d and f0.2.8e but it did not stop. We have had to bend little with Unity 5. The physics is very different. Better basically. However, to get it too feel as fluid as Amazing Frog? we are having to make some changes. On the plus side… melee should be part of the basic frog actions, like we always dreamed, more on this after f0.2.8e

You can read this on Steam here