First off, did I mention last time that I was working on User interfaces…?  I don’t really like working on interfaces, because it reminds me of building websites and boring advertising stuff that I used to have to do every day before I was able to focus purely on making games. Nonetheless, I am thankful for my history of building “boring” applications as it is incredibly helpful in getting the new user interface set up for f0.3.0. So I had to start with fOS 2.0
This post can also be read here on Steam 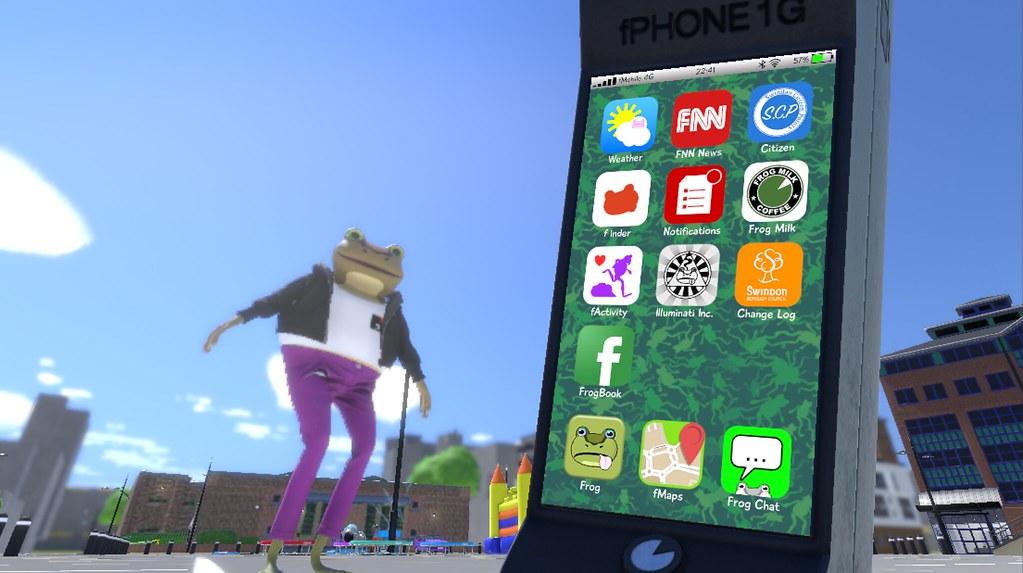 As I have said before getting the foundations of this version right are incredibly important. A flexible user interface is at the heart of delivering all the new capabilities which are coming to f0.3.0. In the previous version the fPhone was responsible for most “UI” stuff, like navigating, controlling and modifying the game. It was not our intention for the fPhone to become this. It was supposed to be just one of many interactive gadgets rather than the core navigating and interacting device.  Unfortunately,  the way it was originally built, specifically the UI behind it was quite limiting and we just didn’t have the time to make it more flexible and to deliver more complex user interaction outside of the fPhone. Also lets not forget that in the versions before f0.3.0 the user interface only worked on the Dpad (and IJKL), no mouse click!  This is no longer the case and I’m quite proud of the new system. Not just how can use all control devices (including a mouse finally!), but its not limited to the phone screen like before.

And its more flexible. 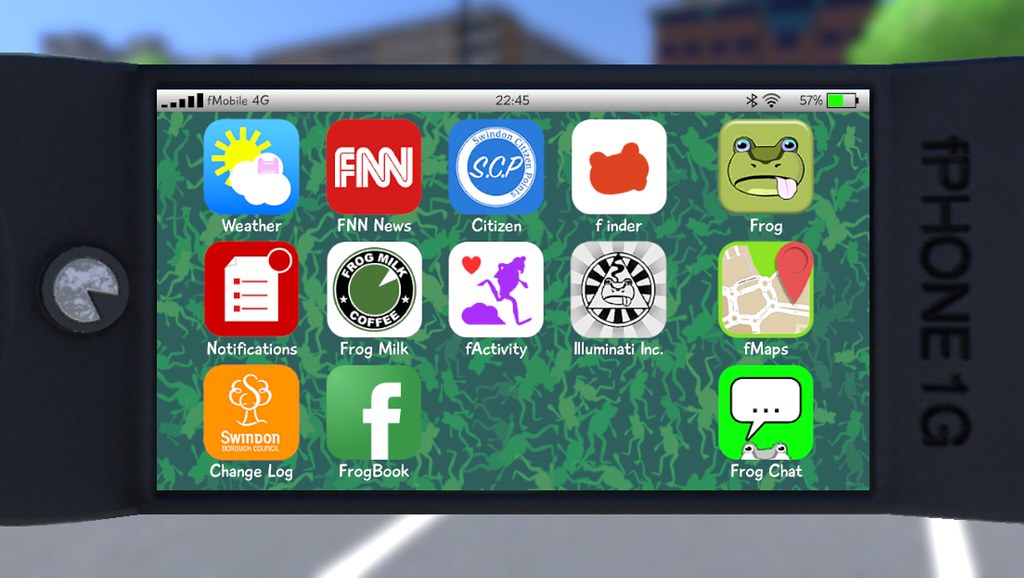 I don’t really know how to explain how or why it was so important to create a new interface system or why i rebuilt fOS 2.0 for the fPhone, other than to mention what we are about to do with it. Because until the UI could become flexible enough for our demands it was like a developmental bottle neck restricting our creativity. The new system is enabling things like the more advanced apps needed for multiplayer connectivity (e.g. f inder and frogBook working titles), fMaps 2.0 with more detailed realtime info viewable not just on the fPhone, interactive cashpoints and other electronic devices, outfit and car customisation, in car menu, the coming inventory,  phone driven remote control er..stuff… ,  playable fApps… I could go on we have a massive list of stuff and i needed to ensure the UI would work reliably and efficently for all of them.

But for now, lets look at some world stuff. 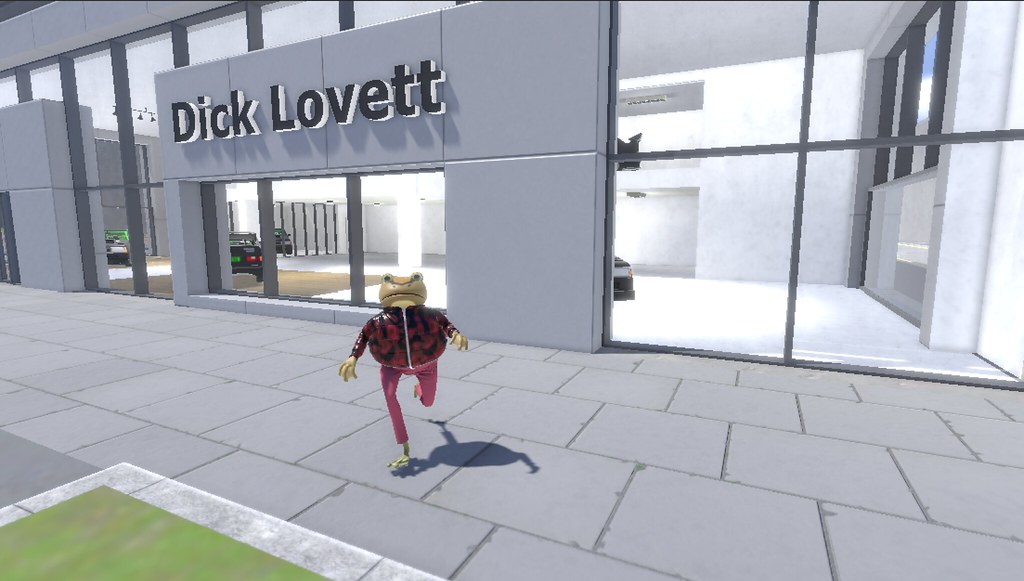 Dick Lovett is a working title for the Car Showroom. We may not call it that (google it), that is the name of the local car dealer in Swindon , yes thats right there is car show room called Dick Lovett in Swindon and across the West Country of England. So we probably shouldn’t use it. (We’ll probably end up calling it Swindon Discount Motors or Swindon Bargain Basement Autos, We’re still thinking it through. (Suggestions welcome) 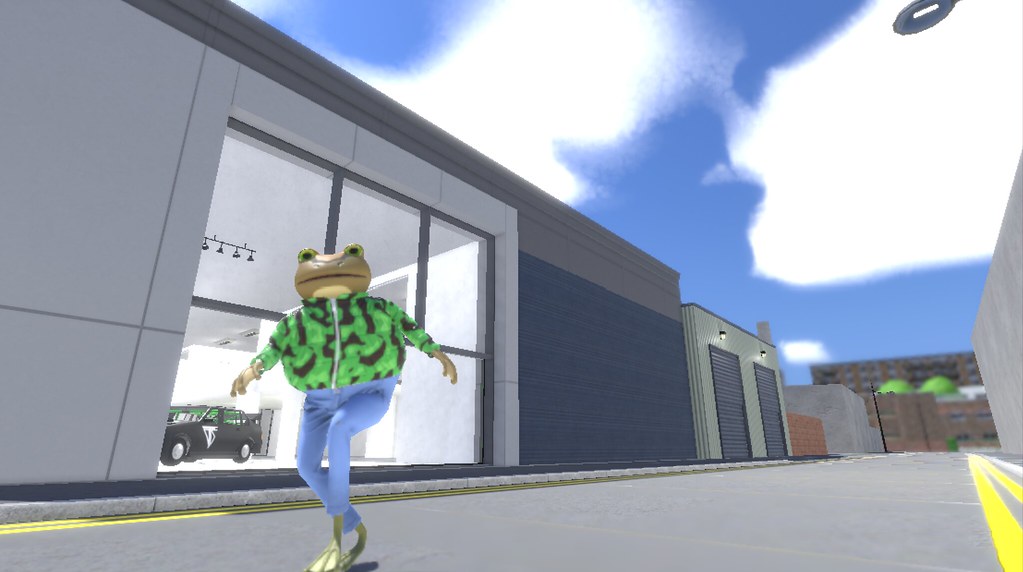 So why do we now have a car showroom? As I have touched on before coming soon is the Bank of Swindon. Frog Milk coffee co was our way of testing out currency as a mechanic pre f0.3.0. Its always been important for us to get money in the game. What better way to spend your hard earned ‘frogbux’ than to buy a car and mod it. The exact workings, how much car cost, what parts upgrades you can buy etc, is still being considered.

So did I mention car parts? 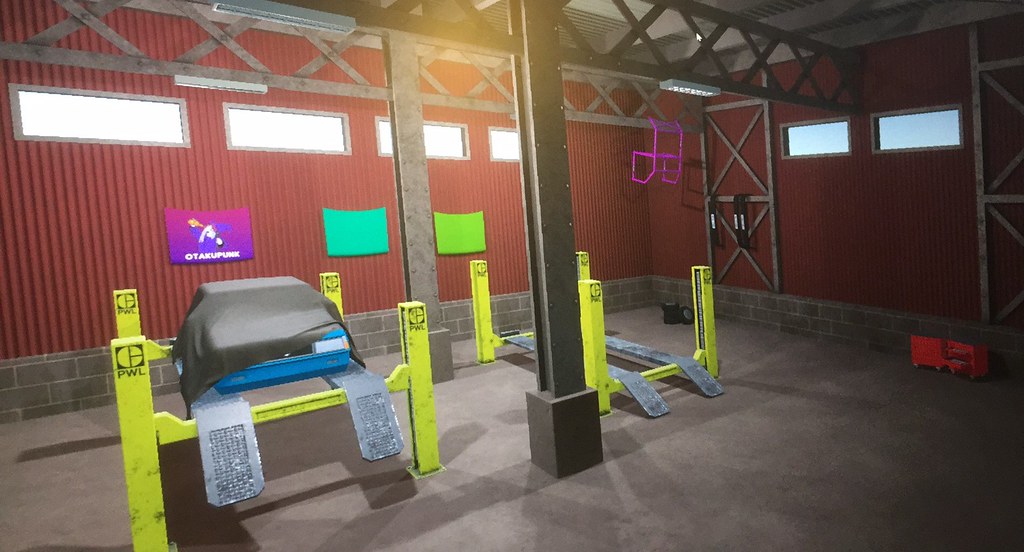 You are also going to need somewhere to customise the cars too. The first beta may not feature the full extend of this as car customisation is a big undertaking and what with all the new costume, Ai, finance and multiplayer stuff I can’t say exactly how much will fit in f0.3.0. But f0.3.0 is just a beginning. As we mentioned before, back when Hal spent a few weeks building parts for the vRog – cars have a lot of parts and add ons and we want this to effect the drive too and that gets complex. So here is a glimpse of the interior of the new Mod shop. (Its on the other side of Swindon to Dick Lovett) 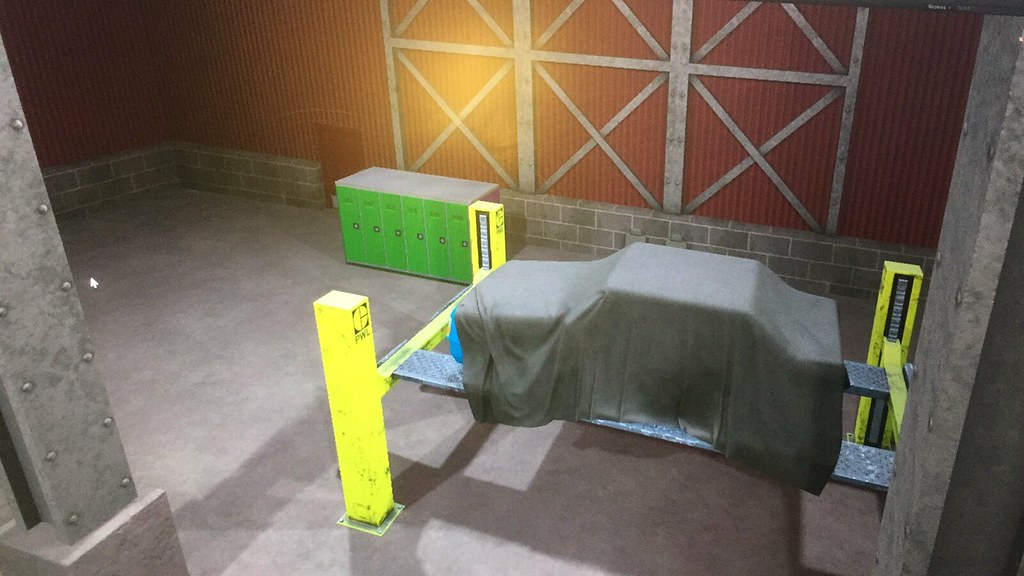 The new buildings are really starting to come together. Now that we have established a pipeline with how the lights and volumes and LODs work in the game the architecture is coming together nicely.

I think thats it for this devblog. As i said earlier I am feeling pretty positive at the moment. I think the news is going to get more exciting more quickly from here. Sorry for the wait to this point, thanks for keeping with us on this.

Oh yeah we got the Pants I promised to show you last time… well they are in a lot of the images here today. But heres an image around there back of the car show room. 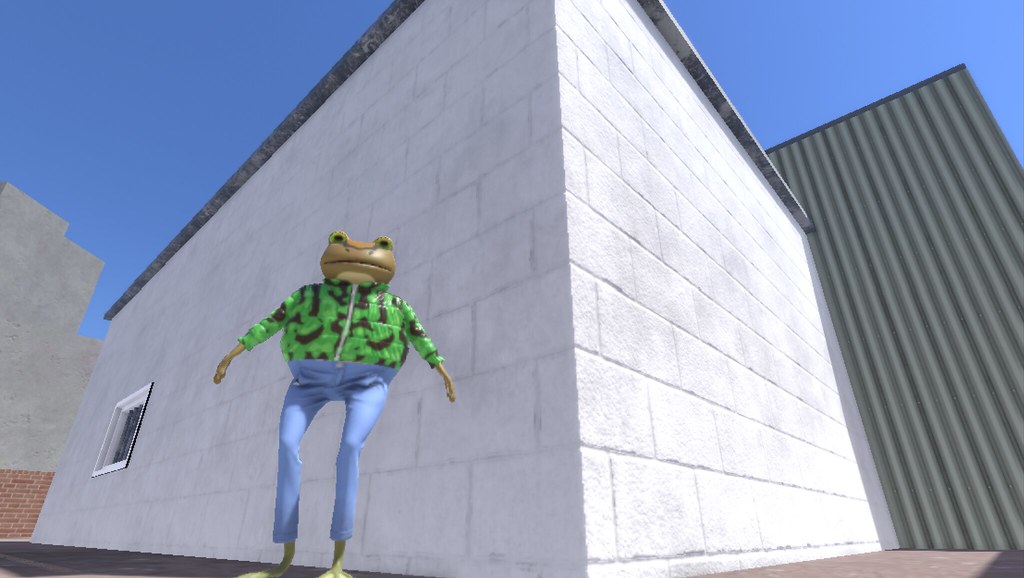