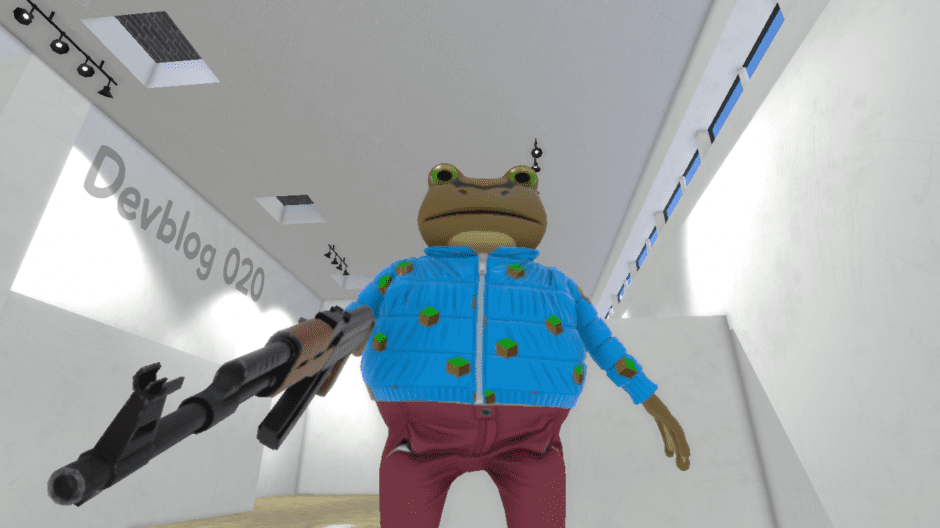 This post can be read on the Steam Community here
Things are really starting to come together for f0.3.0. Its been a long road, but the decision to do a full rebuild is certainly starting to show that it was worth it. It gets to a point when you have been reprogramming game from the ground up that it all starts falling into place rather quickly. There are many things that we have done in previous iterations, that in redoing, we benefit from our previous experience. All the mistakes we made in the original are also influential and helpful on the path forward, but thats a whole other conversation about development in general. The bottom line is we do want to do everything to be so much better than it was and be futureproof. Not only that, but f0.3.0 will be the first multiplayer version of Amazing Frog? and that is at the core of the rebuild. Its likely that the first few versions we make public will not have all the features of the previous versions as it will take time to convert them in. But each feature will have loads more depth. 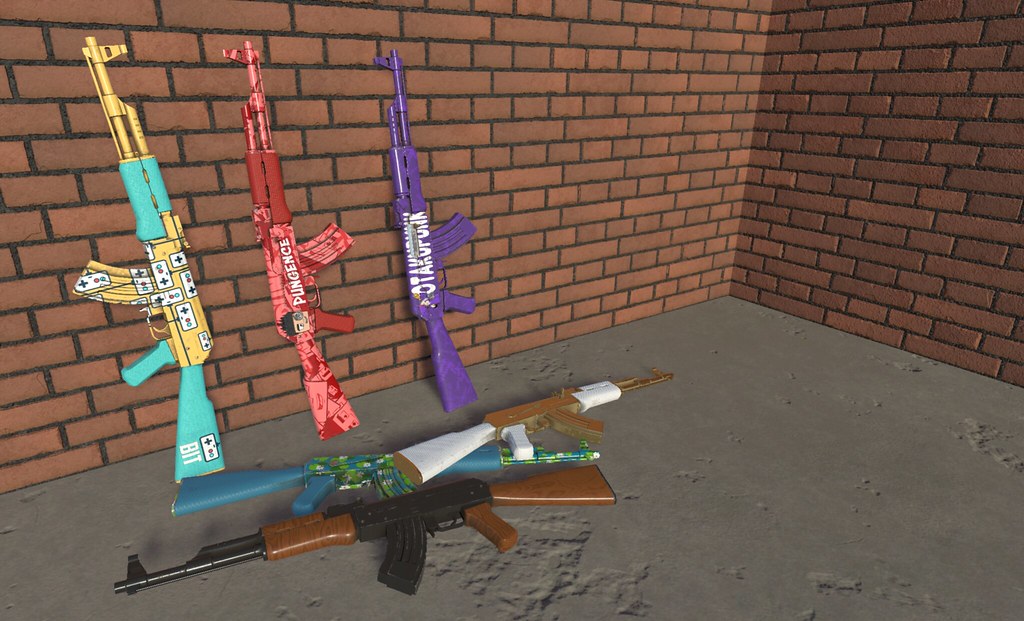 Customizability has been another incredibly important theme in the rebuild such as with the new clothing systems and the car modifications and in the spirit of creating more customisable assets we have moved on to the AKs. I mean lets face it you are going to want to shoot stuff and each other. Hal has been playing around with gun skins on the new gun models. I guess he better get on a build a gun shop pretty quick. 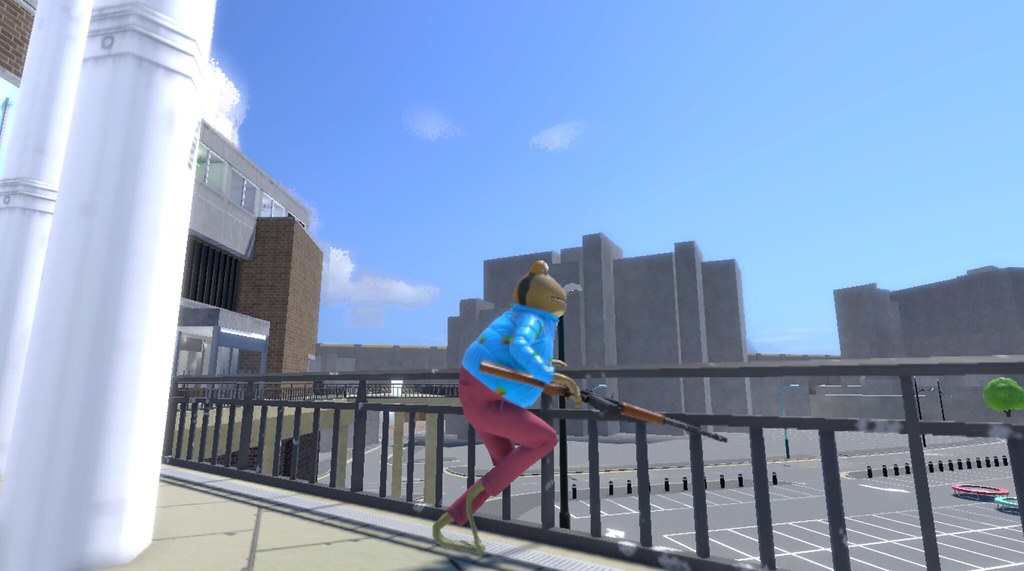 I’ve still got a few issues with the holding certain objects,  like what to do with them while driving. (Obviously we want you to take them with you, but not while they are poking through the windscreen) 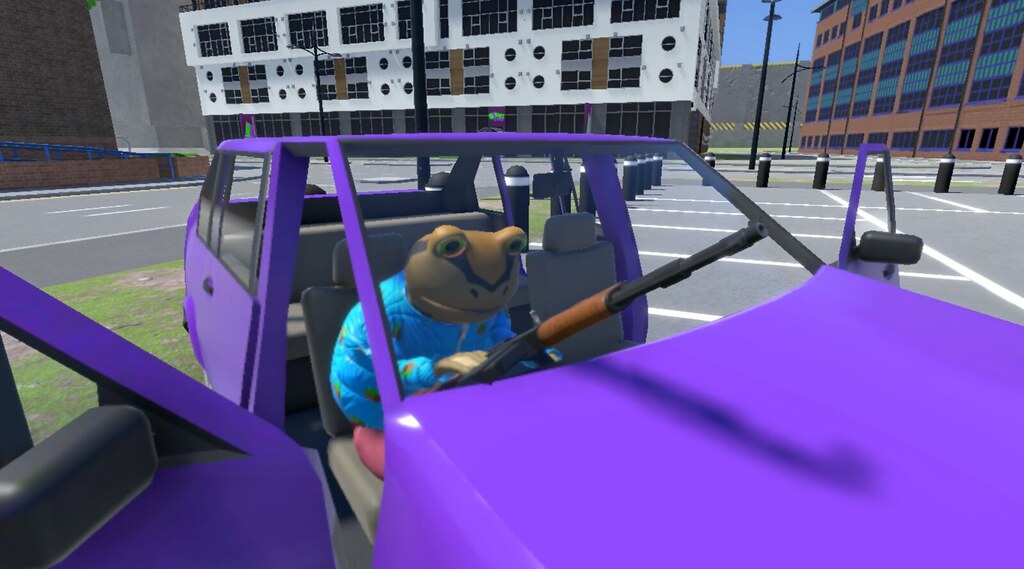 I went up the Golden pug because its a nice view from up there with a bit of morning mist, perhaps I should have gone at sunset as its quite pretty then. 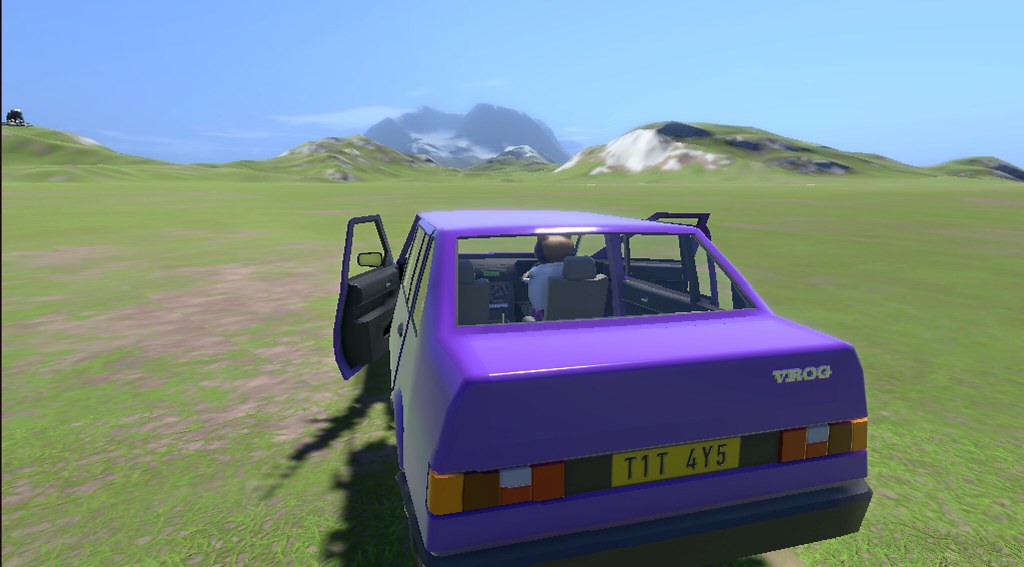 SwindonShire in general, its starting to feel much more stable visually. We are having some issues with nighttime water rendering that we will need to find a workaround for because the Day night thing is pretty important, as will come clear pretty soon. The landscape, in general, does feel much more expansive and you get a much better sense of scale and distance. It is still a work in progress, but improving all the time. 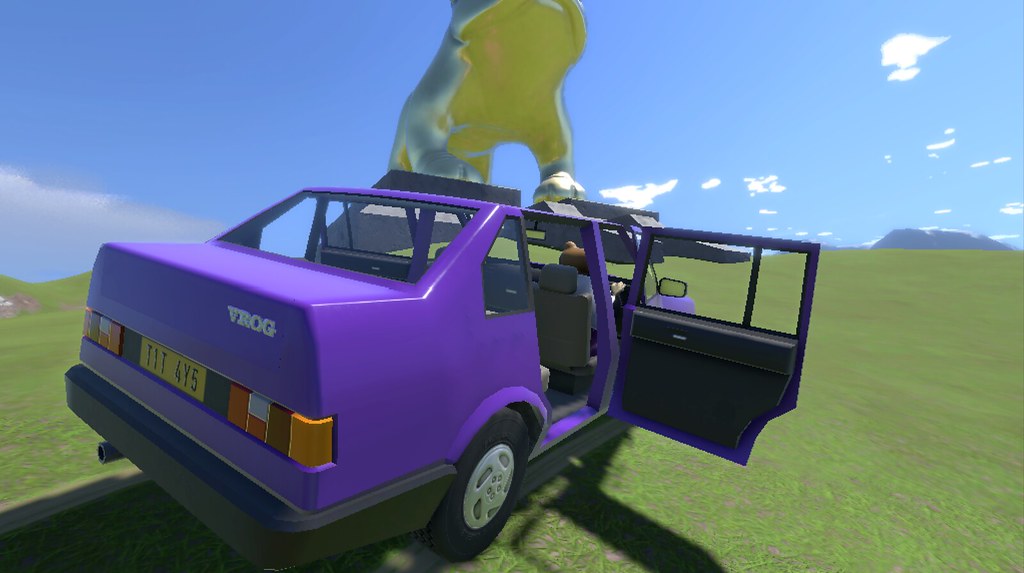 I saw a question come up on the last devblog about if the images we show are renders or screenshots. We take all these images while the game is running. I tend to take them all at once and then start writing. Basically, we run the game on my laptop, its an ASUS ROG with a gtx 960m graphics card. its some years old, but still pretty good.  I run the game as it is at that point and try and look at the new stuff that we have put in recently and then hit printscreen at the right moment. Every now and then there are some images like the one of the guns, that Hal has set up with newly created assets in Unity and screen grabs it from there, but most of the time its screenshots taken from one quick session. It means that we take all the images pretty much on the Friday I start writing the devblog… Lol which is why I am typing this stuff at er… well its gone 2 am. 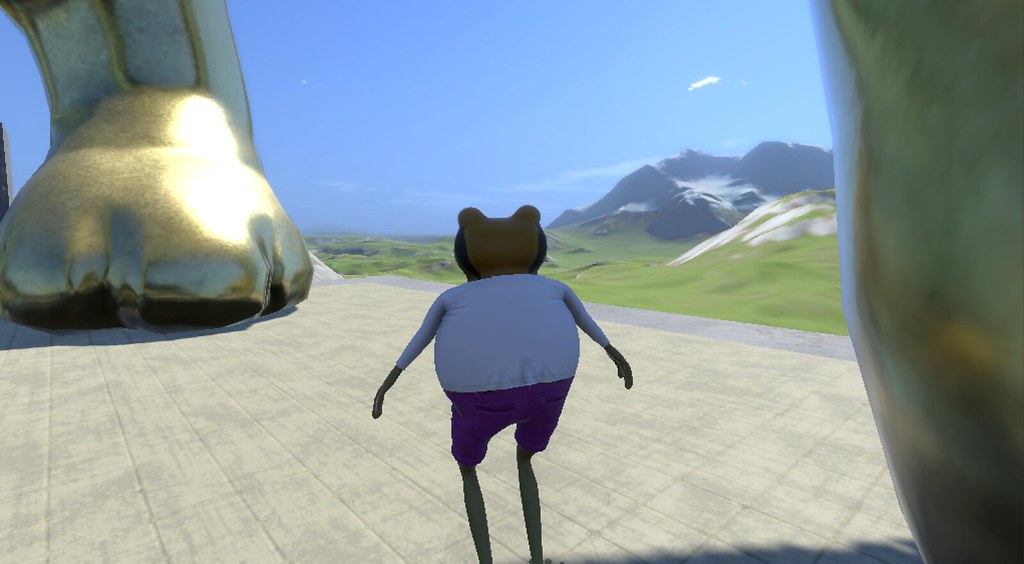 The Bank of Swindon 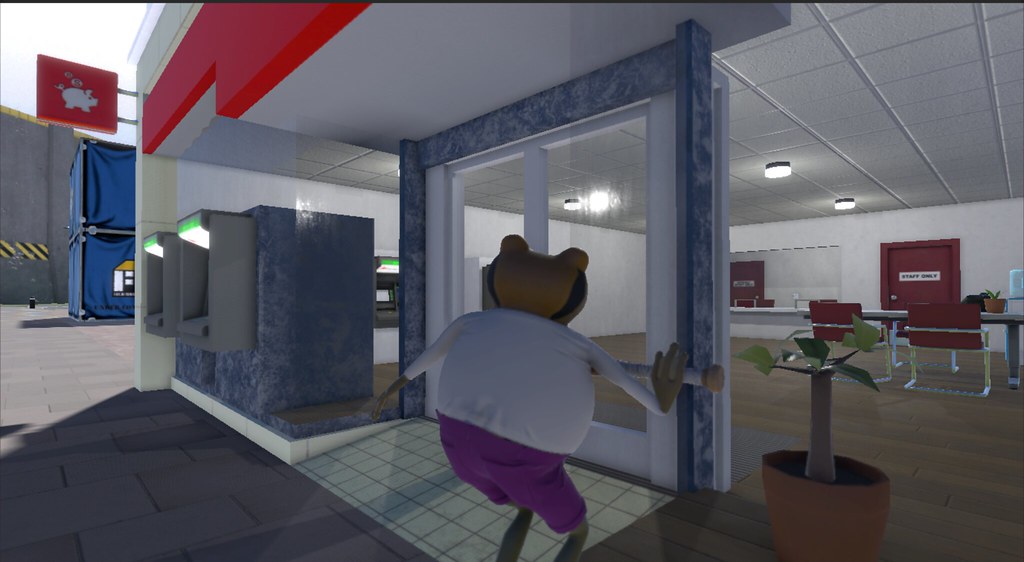 There would be little point making all these “customisable” features, the clothes, the cars, guns.. etc without the facility for currency and this comes curtosy of the Bank of Swindon. We always said that we couldn’t introduce money until we had a branch of the Bank of Swindon to facilitate it. The Bank branch is now added to the high street, next to another curious building in blue .. but we talk about that one next time. I suppose you could argue that we could have introduced currency before building a local branch for the Bank. We could have had a number at the top of the screen displaying your money or even used online banking on the fPhone, but thats just not how our minds work. That’s not to say that the Bank of Swindon won’t have an fApp, but you’ll have to go set up your account first. 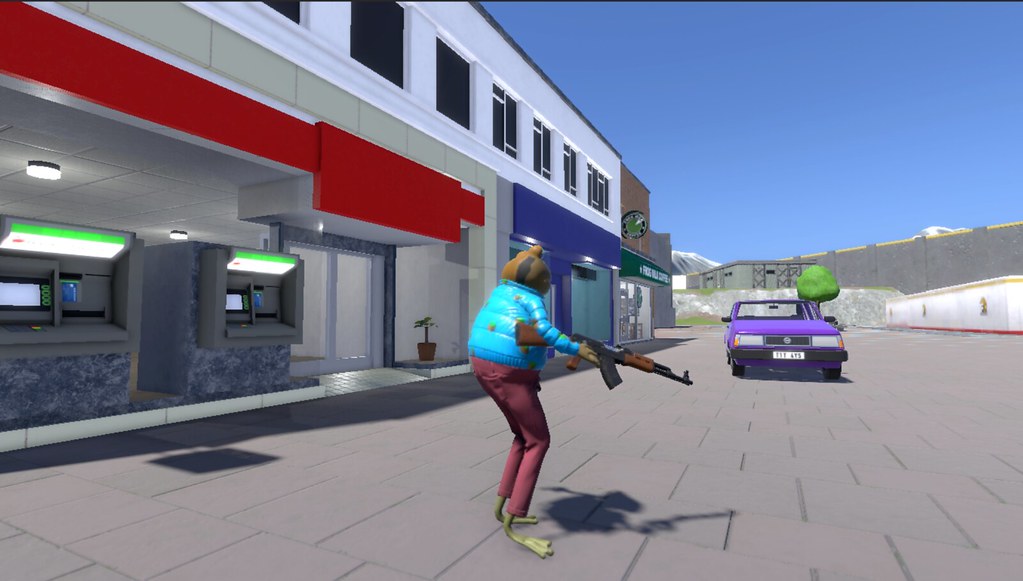 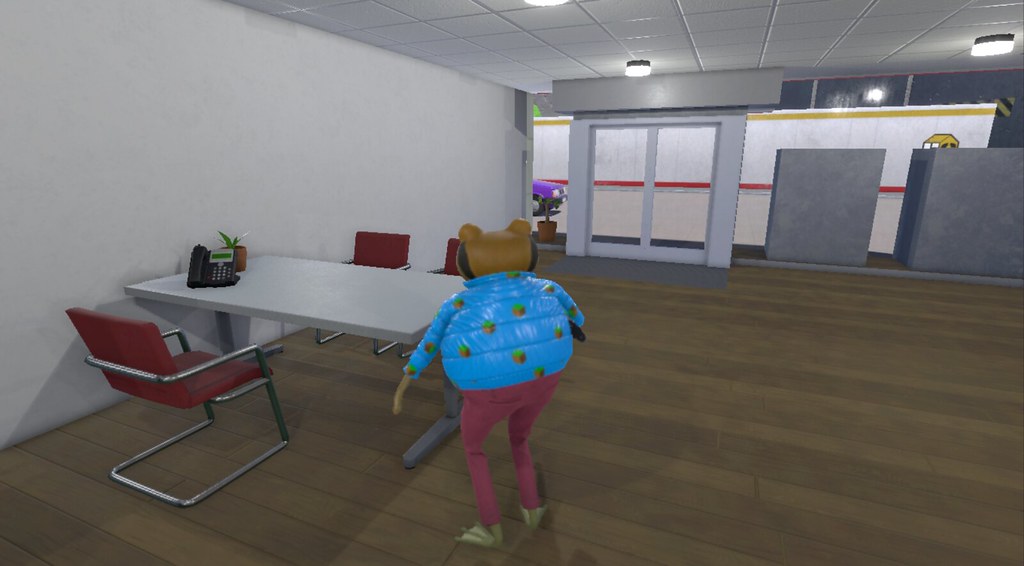 Now that we have quite a few functioning locations of multiple purposes, the town is going to come alive very soon especially with the new FrogLife™ system. Beyond that, we take a lot of pride in some of the little things. I mean check out some of this pretty impressive furniture Hal has been making and after I have written this devblog I intend to spend a bit of time making these new seats functional. 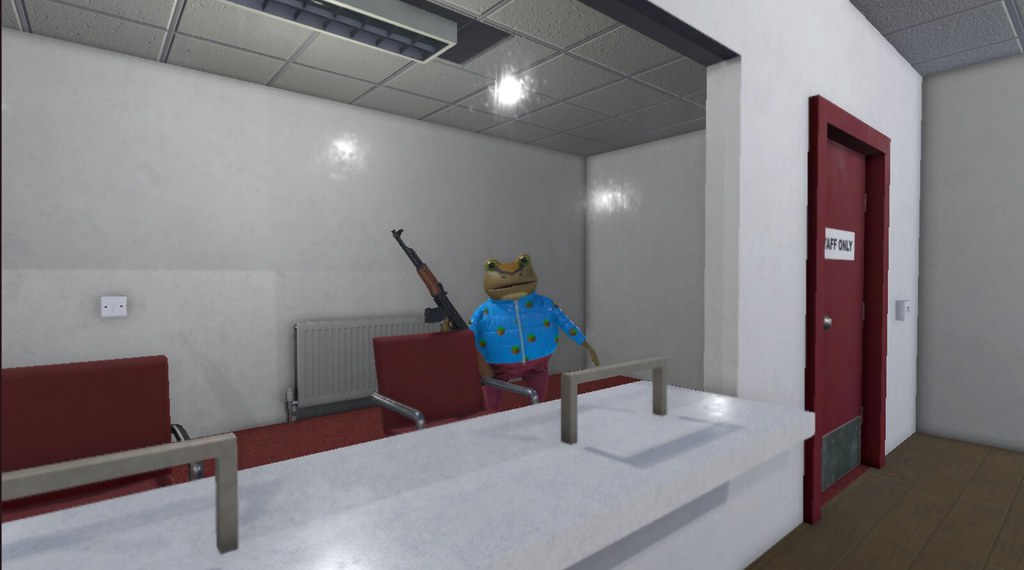 And obviously we have been adding the odd secret here and there. 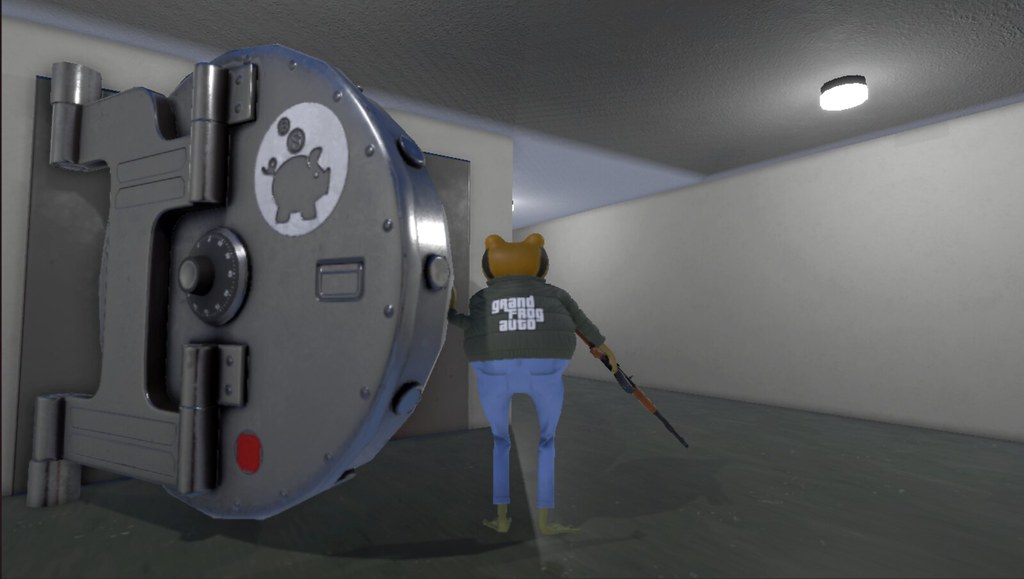 Thanks for following this, we really appreciate it. I can’t say it enough, but we do really love working on Amazing Frog? each day we are getting closer now and to think that at the end of Nov we will have been on Steam Early Access for 3 years.