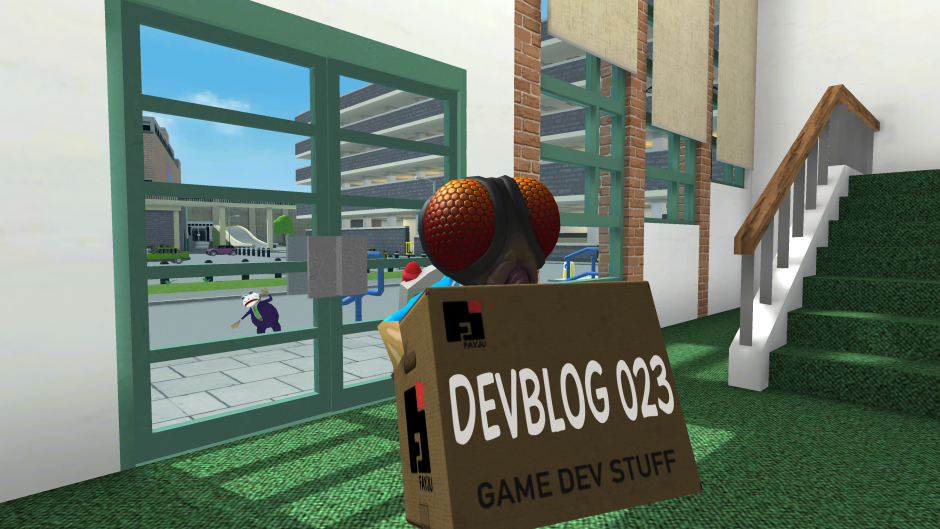 Firstly, OMG I can’t believe people found the Fly Hats. Furthermore, I am getting reports that the space fly hat didn’t appear in peoples wardrobes. How very Fayju :S Fear not,  if you have the message that you found the space fly hat in your notifications on the fPhone, I should be able to get it unlocked in a fix in the upcoming V2 update. (We really were not expecting people to go looking for them.)
This post can also be read on Steam here

It has been a bit of a January fix fest for both V2 and V3, now we are in Feb we are starting to see things more clearly.

After putting out a really exciting update just before Xmas we were looking forward to continuing at that pace into January. Unfortunately, it didn’t turn out like that. One of the big disadvantages of being just the two of us really hit home in the first two weeks of the year. After Unity make some updates, it invalidated a lot of the progress we had made in V3 and we spent the first half of the month trying to isolate what went wrong and haven’t resolved all of the problems yet. Spending so much time searching for problems, isolating and fixing them, is something we are used to in game development, but for small teams, this has a massive impact on progress. 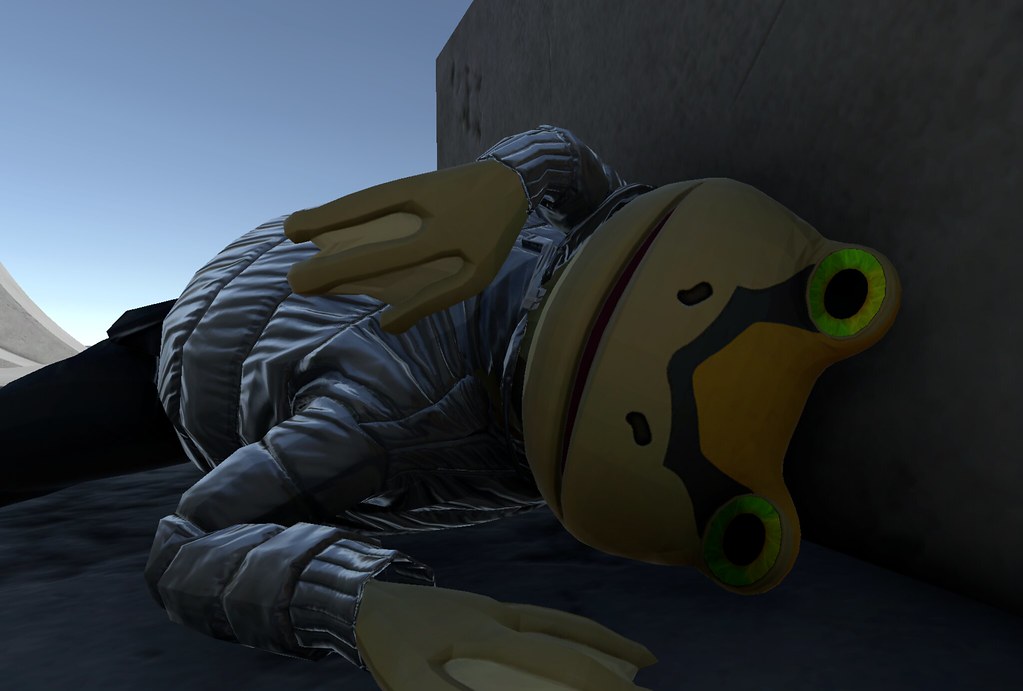 In comparison to V2, the V3 set up is now incredibly complex. Swindon has fully dynamic lighting to cater for the Day/Night system, high resolution texturing, where details are streamed in dependant on whats in view, PBR materials that react correctly to lighting, occlusion culling, a whole range of post-processing effects, kick-ass water, LOD setups, Network integration and a whole bunch of other components some that we made, some that we bought, some that are just complex bits of Unity that we need and had to learn to use. So when some or any of these complex components stop working for any reason .. (…often because we updated Unity… ) development takes a real kick in the Charlie’s Angels. Spending all our time fixing rather than making is the downside of us being just two. Don’t misunderstand me though, we love the challenge and we are so excited about V3 more than I can say, even if it sometimes feels like its getting the better of us.

On the other hand, The Magical Mystery Toilet update reminded us of the advantages of being a small team. Because V2 has a more stable base and set of unchanging components ( also no more Unity updates for V2), it allowed us to rapidly put together a whole load of new content. If we weren’t spending most of our time building up a reliable base for V3 we would have been putting out updates much more frequently with V2 in 2017. That’s why getting to a stable base in V3 is now so very important and our main priority. 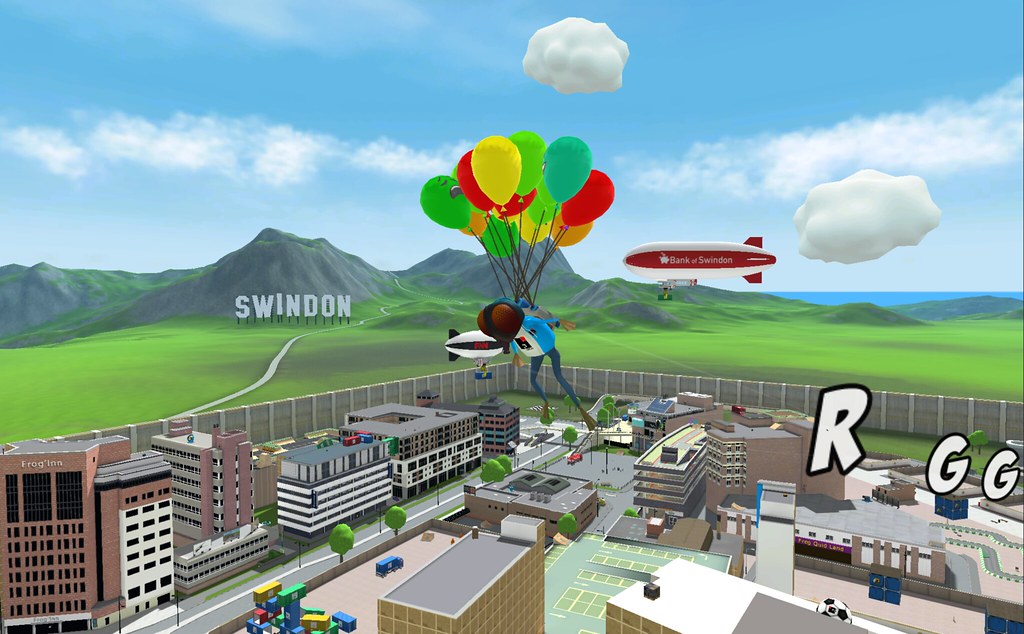 We still recognize the value of V2. Having spent more time on it recently we were reminded that there are lots of issues in V2, most of which we had abandoned because we figured, “meh, that won’t be an issue in V3”. Things like physics optimization, the flickering of decals and the stripyness of the sea at altitude (Z fighting) and sea not being great,  the lack of distance fog and post-processing effects and that the blimps are not great to fly and could be much better if they tipped less and carried stuff. All these issues we just figured would be resolved in the development of V3. Things are different now since V2 and V3 are very separate projects. They both have their own lives. So in the spirit of The V3 January Fix Fest, we figured, let’s spend some time investigating the possibility of fixing some of these outstanding V2 issues. And we found a few ways we could make it better. 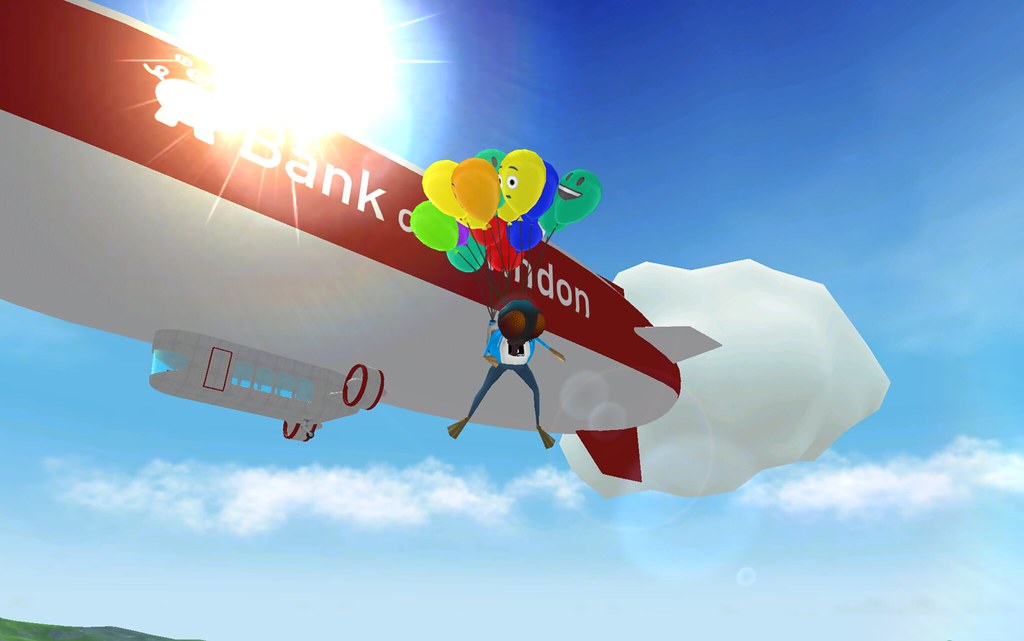 It makes sense that V2 could have a few things added and fixed and tweaked, it could help it stand on its own and not just on Steam. We often have requests to put AF? on other platforms not to mention all the scammers charging people for fake versions of Amazing Frog? on mobile platforms. We had considered this before and even made mobile versions of Amazing Frog? at different stages of development. But we always abandoned it because we didn’t want anything getting in the way of V3. In fact one time back in 2014 pre Steam, we showed V1(from OUYA) to Nintendo, but at the time they didn’t think it was right for their platform. 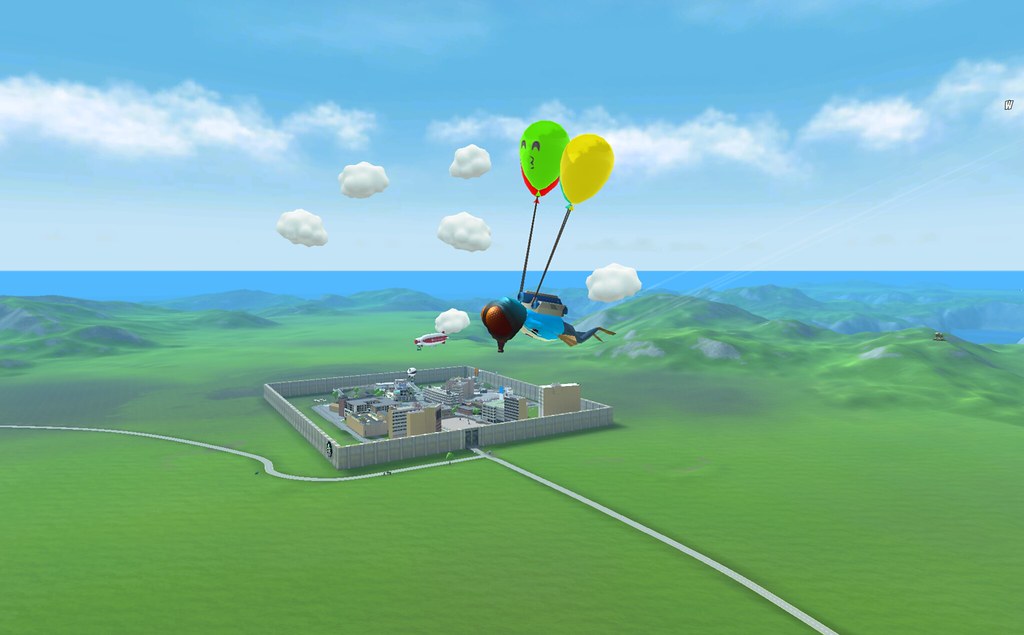 After the balloons and the lunar lander were added and we found ourselves flying around more slowly and it was more difficult to ignore the terrible Z-fighting and even though its V2 we had to do something about it. 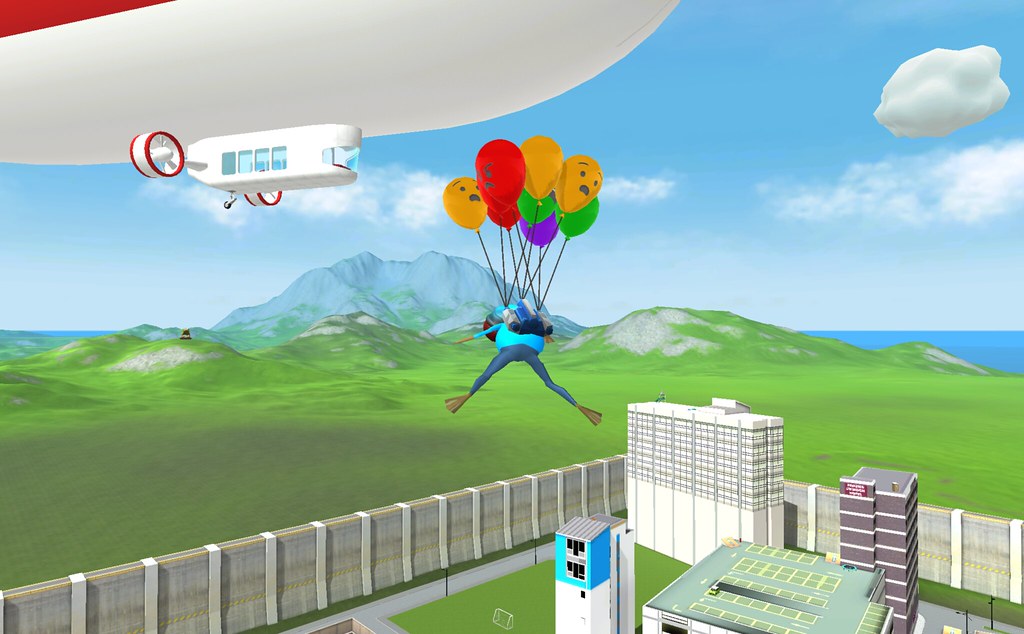 There are still a few things left to do on V2 before its next release, with updates camera and rendering system also you may be able to spot some of the of the newer systems from V3 creeping into V2….  But that should drop pretty soon. 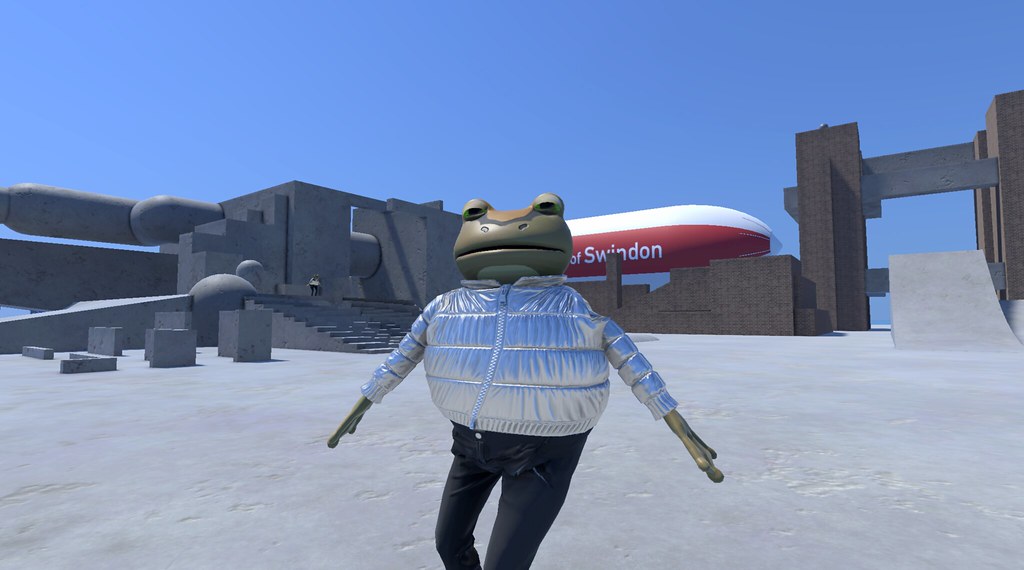 Feeling a little skeptical about V3?…. don’t be. We still work on V2, but we are all about V3. That’s the mission.

It’s been difficult trying to do everything at once in V3 and constantly spinning all the plates that keep SwindonShire whole has frequently got in the way of us reaching what we would think is a distributable standard on builds. Too much to resolve at once. Imagine Hal is “Slartibartfast-ing” SwindonShire, Messing with the sun to grow vegetation, but now he has to stop gardening because I need his help changing the lightbulbs in the Fayju building, because I can’t see what I am doing with the doors. It’s a crude example… but there is a massive chain of interconnected dependencies in a large world and often major shared components either break or demand to be changed if they don’t fit with the latest addition.  Simply put, you can’t make an omelet without breaking some eggs.

So we had to come up with a better strategy. After feeling really let down by the collapse of the project after the post-Xmas Unity update process, we decided it was imperative to form smaller environments to enable focus on independent chunks of the game. To protect ourselves from these kinds of issues in the future. I guess we had skipped this step before, as we know where everything needed to go in Swindon. We figure that if we begin releasing builds using test worlds, rapidly built for the purpose of bouncing about and shooting each other, it would help give Hal the freedom he needs to break and mold “SwindonShire”  and me the space to focus on bouncy shooty multiplayer stuff. Also in our new test worlds, we can both focus on each of the new asset systems with more clarity, like the guns, clothes, cars… 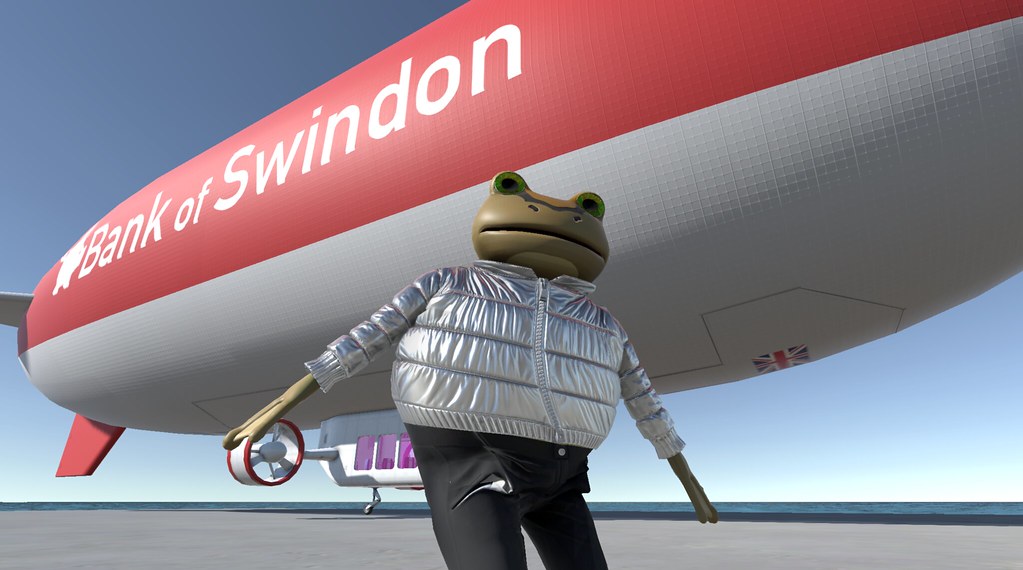 The asset side of V3 has been growing steadily. The all new blimp system in one of our next major undertakings in that area. 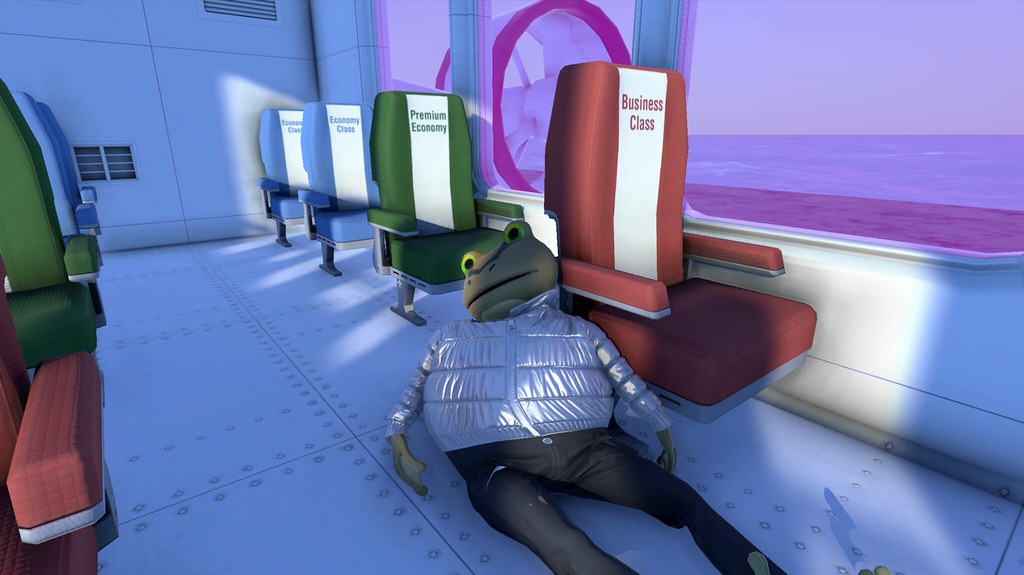 The Blimps have always been a major feature in Amazing Frog? We are building on this in V3 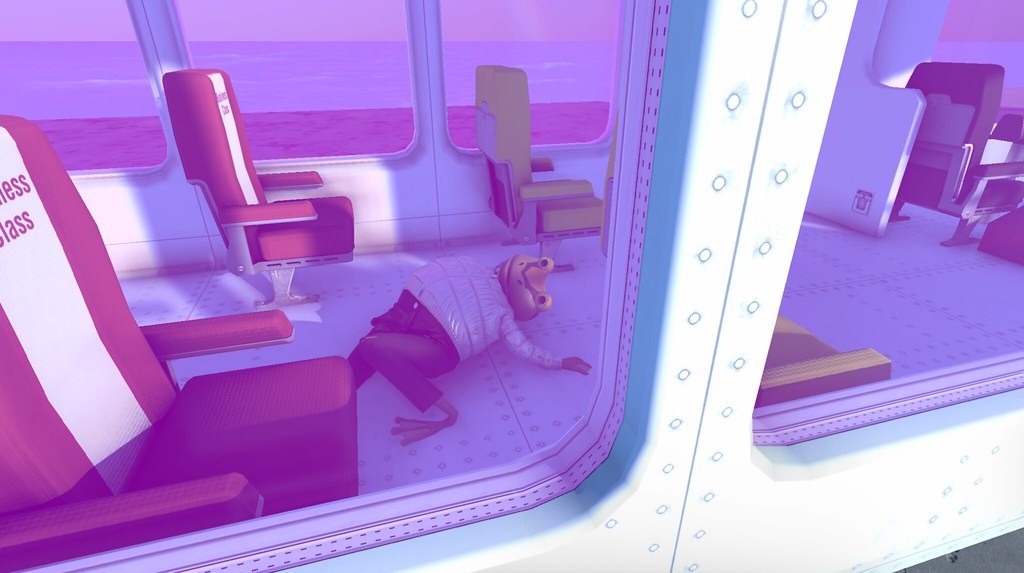 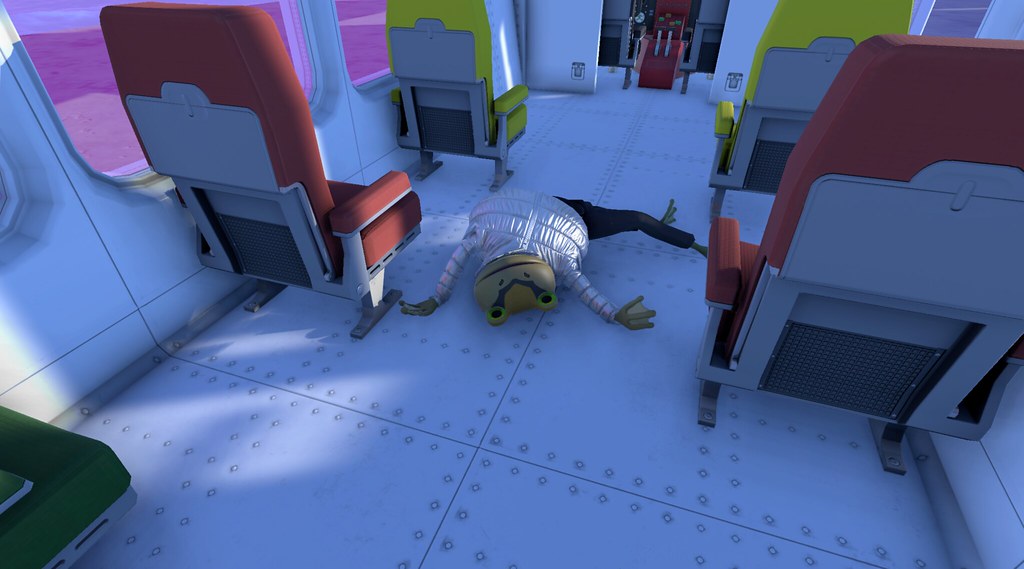 You may have spotted it in the new V2 pics too, while in V2 it won’t look as detailed, the blimps in V2 needed an upgrade so we thought what the hell.

So, that’s about it for now. I’m sorry this devblog took so long it’s been tricky. I actually wrote most of its last week, but when we got around to taking screenshots both versions were not compiling properly since I had completely changed the cameras in V2 and was sharing the code from V3. I didn’t manage to fix either till Monday. Well, we took the screenshots today and it shouldn’t be too long before we have something else to share.