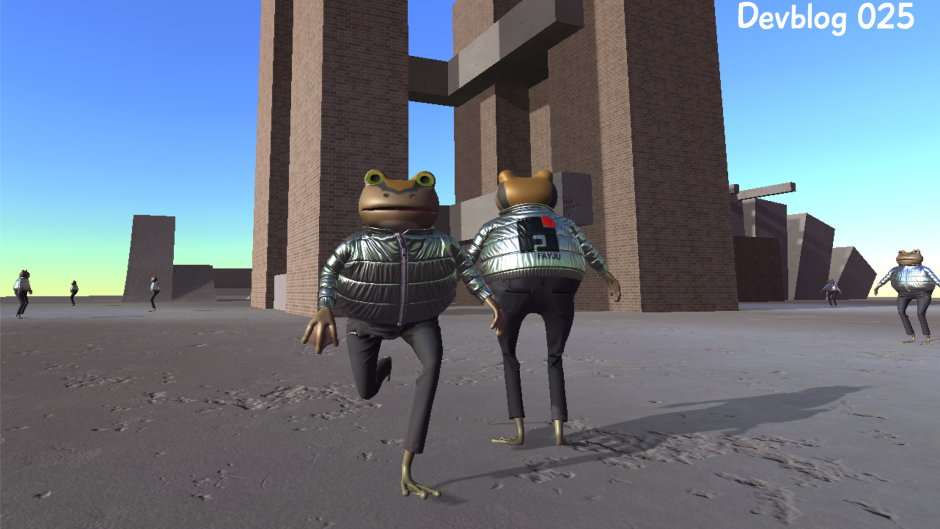 This can also be read on Steam here
Hi, It’s been just over a month since I last updated you all on whats going on with development for Amazing Frog?. To be honest I don’t even know where to begin this devblog as we have been doing so many different things. Our core mission is the same and V3 as a whole is still moving forward. The V3 online Test world draws closer and a big definitive V2 update will come alongside it, After that, an iOS version and a run of V3 test updates will follow, all the while in the backdrop the main V3 Amazing Frog? continues to grow. So to follow on from the last devblog (024)- I still have not started Mario Odyssey and Hal is no closer to facing Ganon, but we have done a load of Amazing Frog? development. 🙂 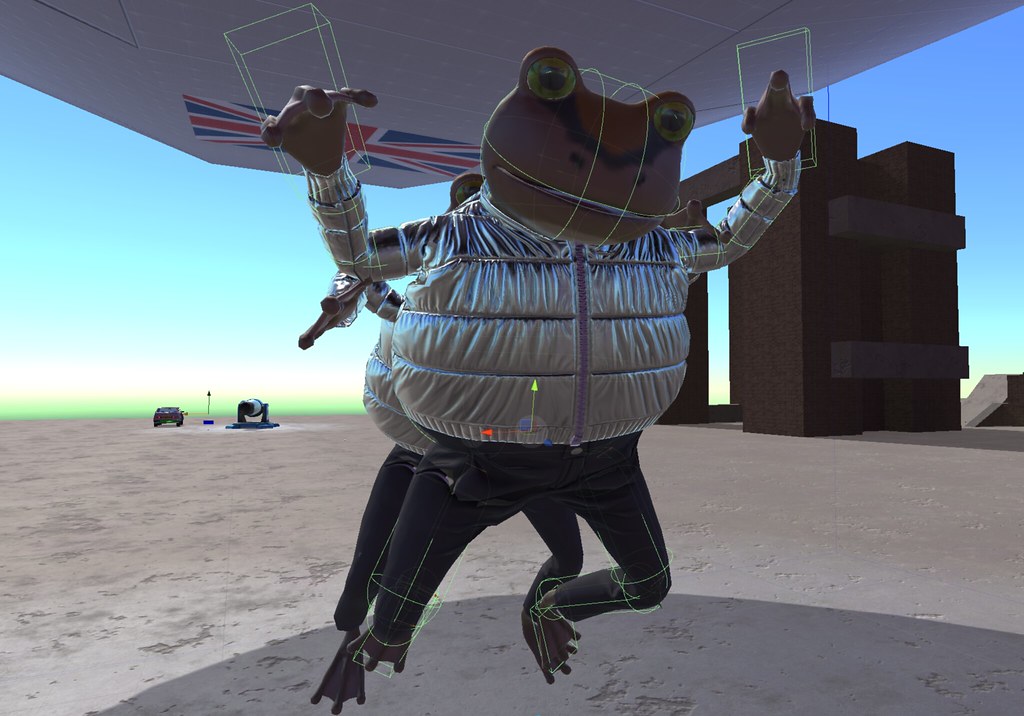 The multiplayer code for V3 is coming along pretty nicely. Don’t get me wrong, it has been super complicated and I do have a tendency to over-complicate things for myself. Now I feel it coming together. I have restructured the whole process several times, as it has to form the underlying architecture of pretty much all aspects of V3 Swindon. There are many challenges involved, but one existing challenge is the logistics of testing.. there is only so much I can test on my own set of machines, so we are going to need some help with that very soon. There are still a few crazy things happening that I need to resolve first, but my confidence in the integrity of the system is growing. *farts..

Often when I look over at Hal’s screen I see crazy substance setups for all sorts of different surfaces and plant things. I Just think they look interesting so I got him to screen grab a couple for the blog. 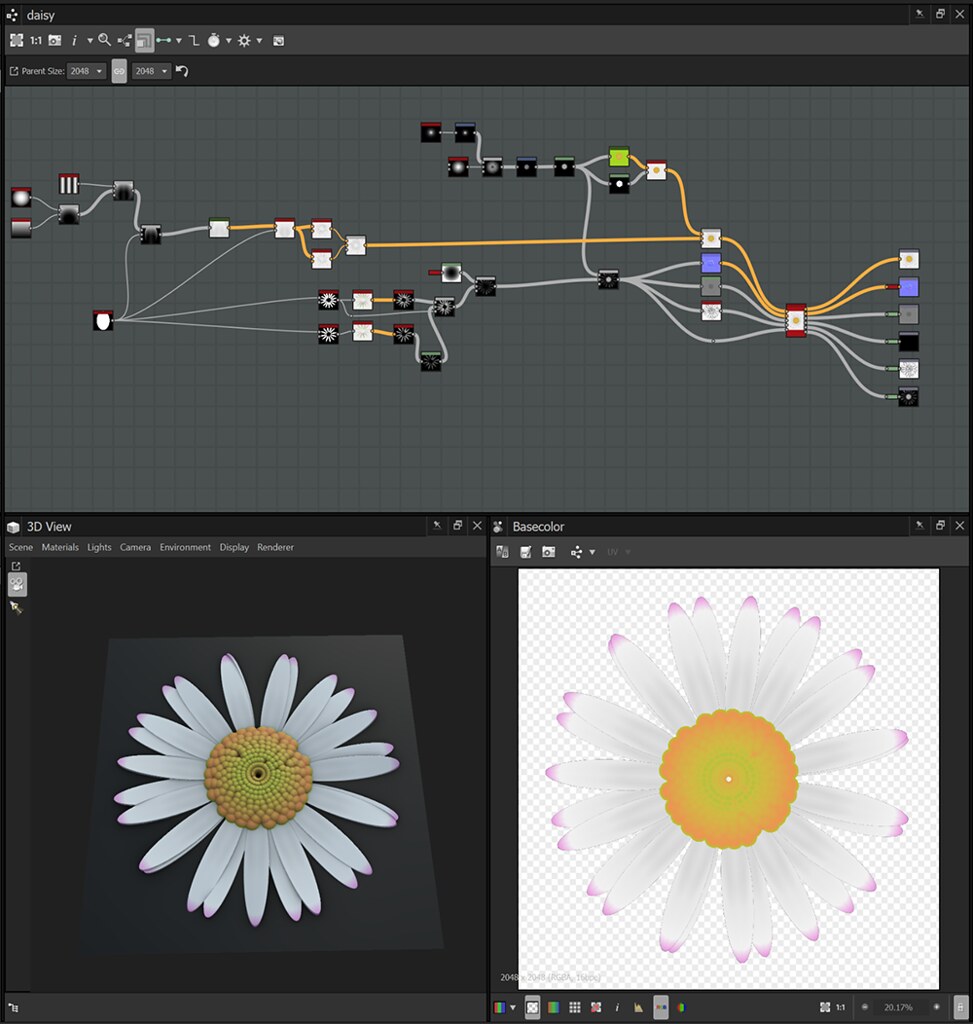 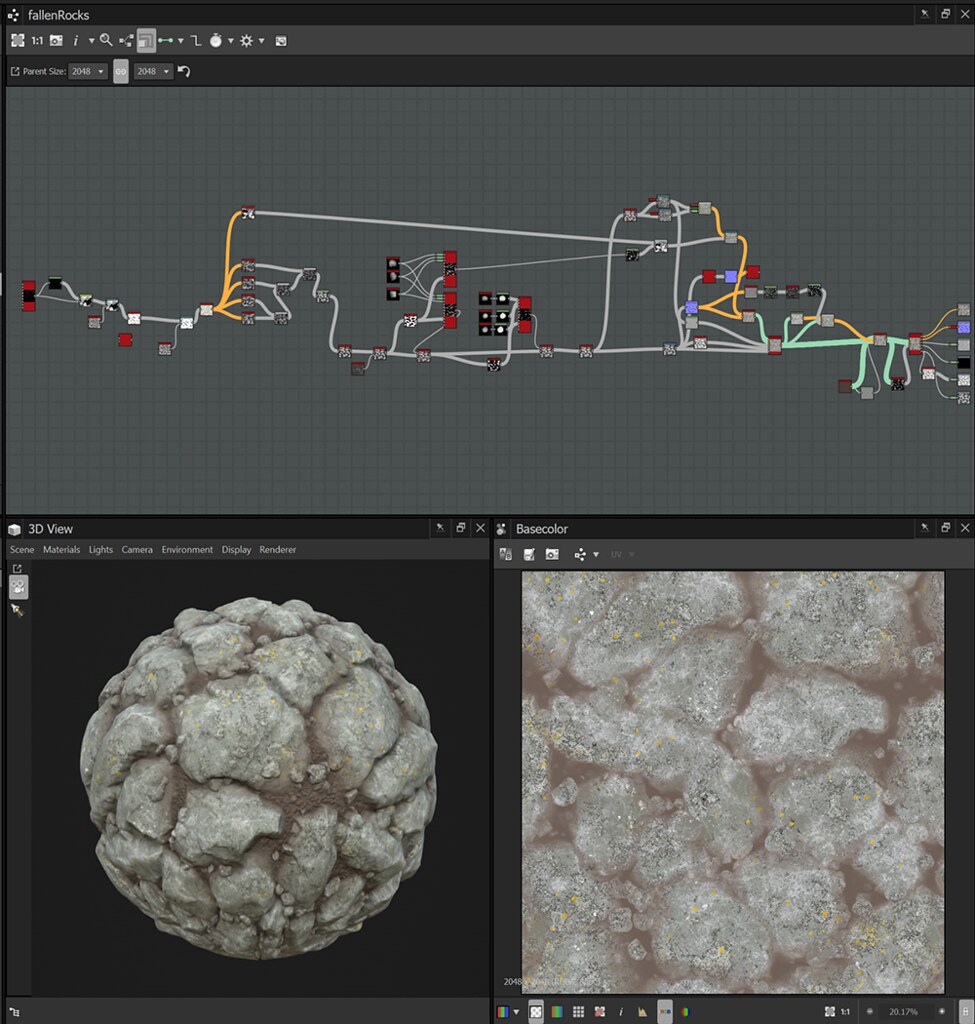 We never really got to make the “SwindonShire” that we wanted to make before. We had always been too busy with other aspects of gameplay or world creation. But we are making “The world” a priority in V3. Hal has got a serious new machine for some intense world building and development shenanigans. We are very serious about it… but it is going to take time to create the “new world” in v3, but we think it will be worth it.

We first put a skeleton in a game in Goldilocks and the 3000 bears and laughed our heads off about it for ages. Goldilocks was a kind of ragdoll shooting game that we made a demo of a few years back before Ouya, and hope to return to one day. As V3 is so much more detailed it needed an update to frog anatomy. Heres an example of the new skeleton… but Hal didn’t stop at just bones….There are going to be some squidgy surprises too. 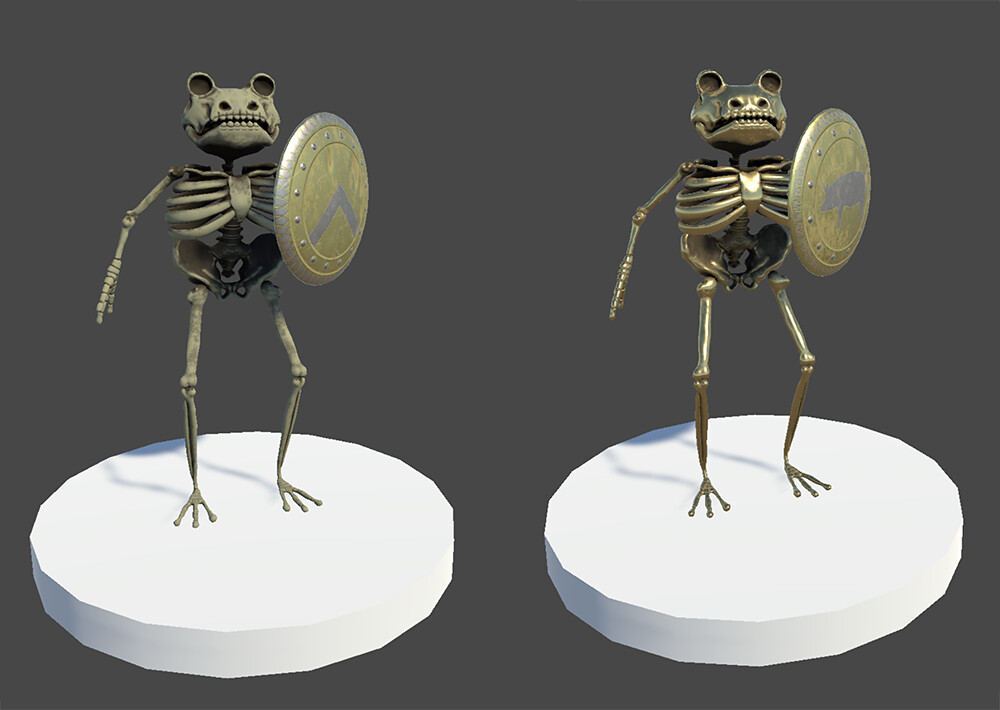 So A Definitive V2 Update ?

I guess in general the right game dev advice would be to move on from V2 completely and just go into V3. V2 its old tech, Unity don’t really support it anymore, but still we haven’t moved on from V2 and you may be wondering why.

It’s not just about fixing problems in V2 like the Z-fighting on the sea and posters, or the lack of atmosphere and depth, there is actually a lot we are doing in V2 that we can move straight to V3. Also because V3 is moving so far ahead of V2 we just couldn’t leave it behind without tidying some things up. It’s good that I got a new laptop at the beginning of 2018. I can comfortably have both V3 and V2 open simultaneously . Unity used to fatal when I was working on them both and I used to think that I was running out of memory. Turns out that it was just Unity crashing…. Thankfully things seem a lot more stable on that front recently. I did yet again have to completely rebuild the v3 project base from the ground up but things have been working well. Basically, there are so many game systems that I can prototype and build in V2 for V3.

Beyond that, we really wanted to make a definitive version of Amazing Frog? V2  One that could stand on it own as V3 continues to grow. Many graphical glitches have been solved, but at the expense of a bit of a restructure, especially to do with player assignment and cameras. This work has allowed us to implement v3 camera and player assignment systems and design a more stable structure on how to do that. Successfully prototyping the way forward in V3 gameplay. 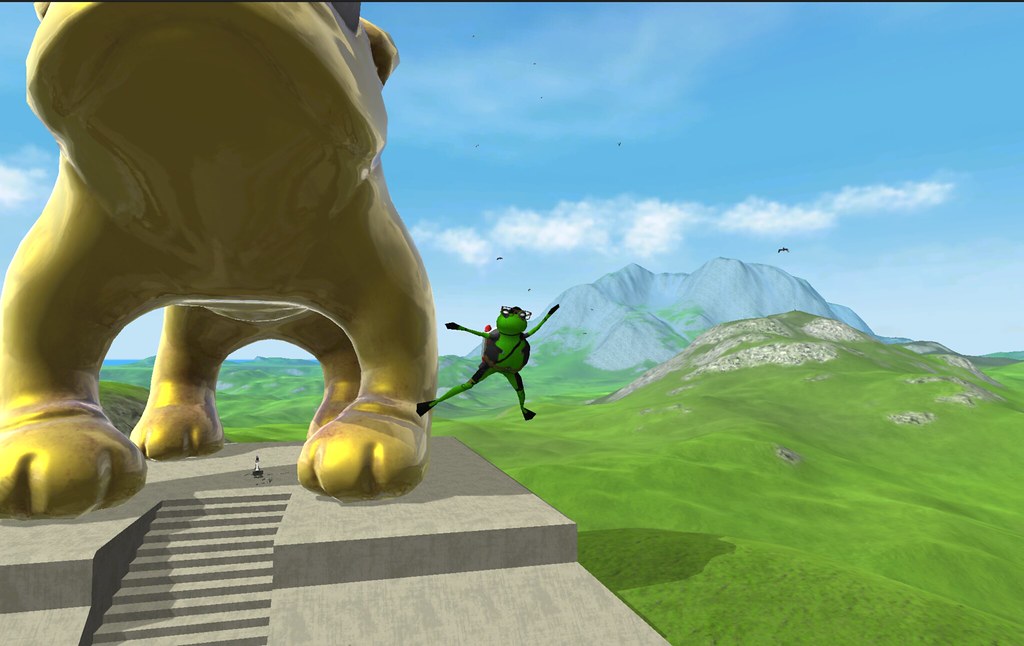 I’m pretty sure I haven’t covered everything today. Like the way the frog can hold a pose in ragdoll form in V3 when you jump and hold jump, I had been meaning to make some screenshots to show that.  Or that after a chat with Zeron last week I decided to push day-night cycles into the test worlds. Or that we tested a few good builds on iOS and its looking good, but it needs more work and the next Steam update will certainly come before that. Or that the new blimp controls are much more stable, but I still have a bit of work to do to ensure objects can be transported inside. I guess more next time. Thanks for playing Amazing Frog?