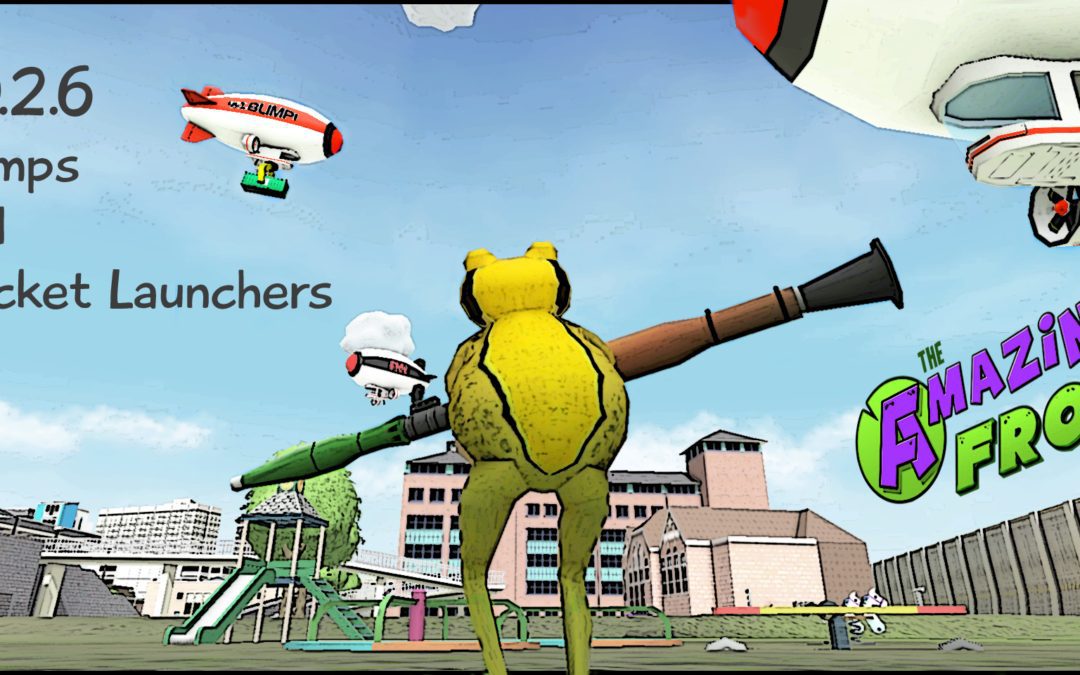 We seem to be Developing a habit of announcing the new updates after we have actually released them. This is mainly because I am much more comfortable programming than writing announcements. We put out f0.2.6 which this weekend, it was f0.2.5, but was then updated with some “Friday Fixes”. This is a big milestone for Amazing Frog? A more optimized Swindon.

After a lot of fundamental changes, this has been our toughest update so far. Among many things we really wanted to make a performance boost and I hope this has worked, we have had a few problems and we have been hot fixing and testing like crazy and we may still output a few more quick updates over the next week or so. If you have problems with Amazing Frog? do come and tell me on any of your preferred channels. We really want you all to enjoy Amazing Frog? as much as we do. So Thanks to every one who flagged the bugs on this update. 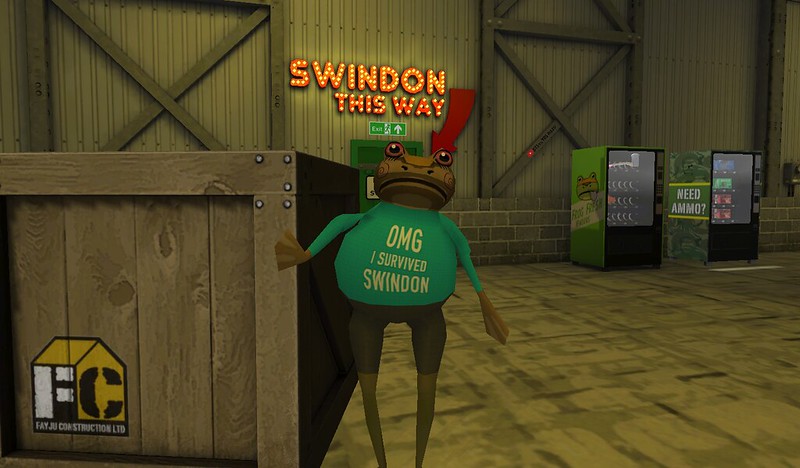 So Whats New in Swindon? 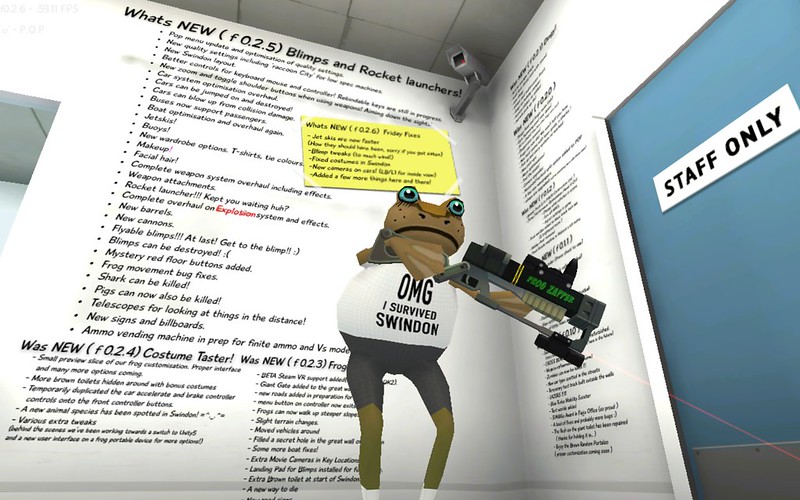 Things are running more smoothly about town. There are a bunch more cars scattered around the Swindon and Swindon Shire and vehicles take less of an overall toll on the environment. Also, frogs will find explosions now look very different and are a much better way to get around. 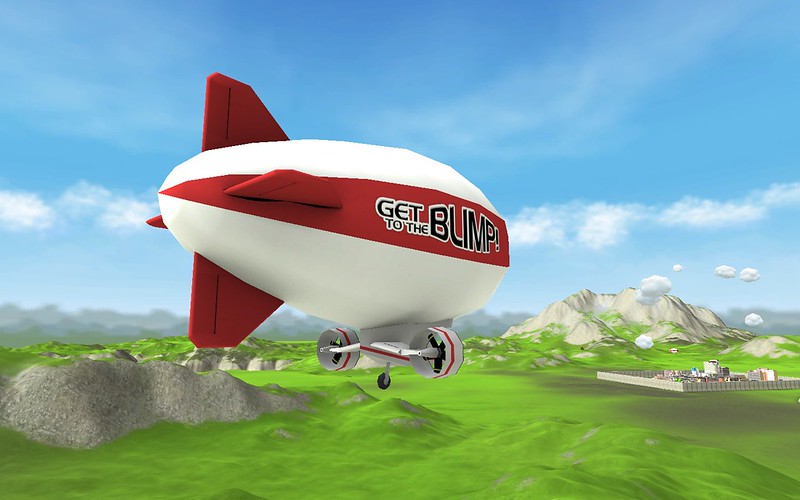 Town Mayor lets loose outside Frog Court, says some of the Frogs were “looking at me funny”. With new Gun skills he made short work of the menaces and restored safety to the Streets of Swindon one more time. 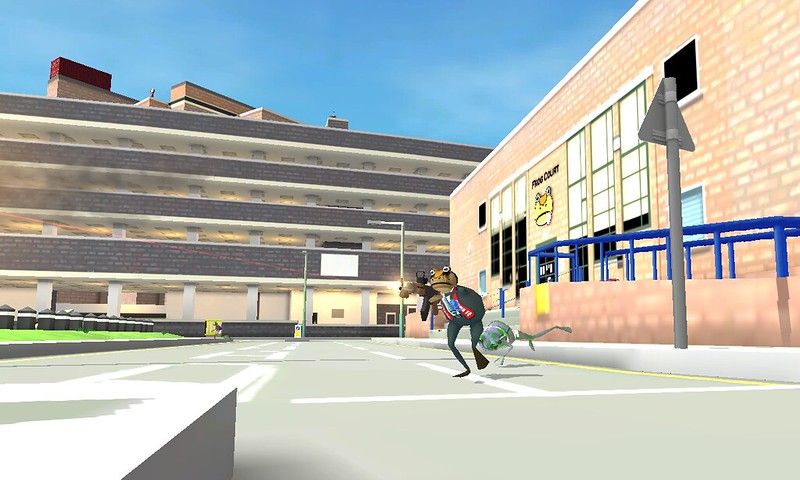 Strange Switches have been noticed around Swindon. The feeling is that more of these are set to appear, no one is sure if standing on them will being a positive outcome. 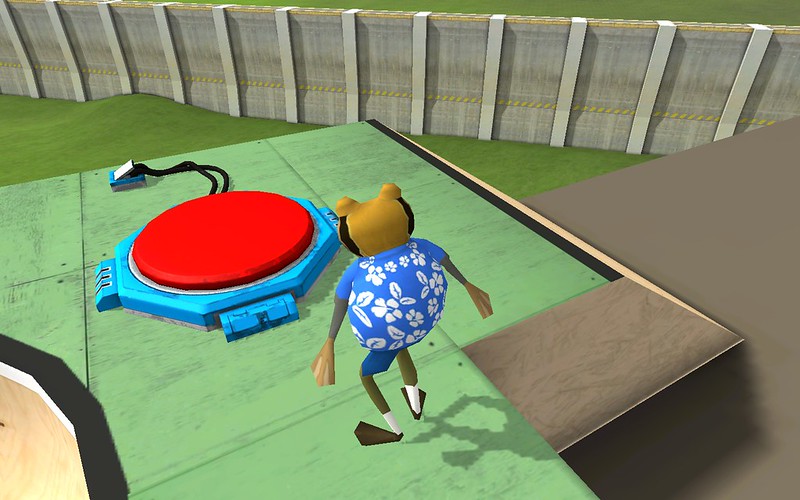 Swindon On Sea now has more to offer than before. The all new speedy Frogasaki Jet Ski is now available on the coast for recreational fun breaks from the city. 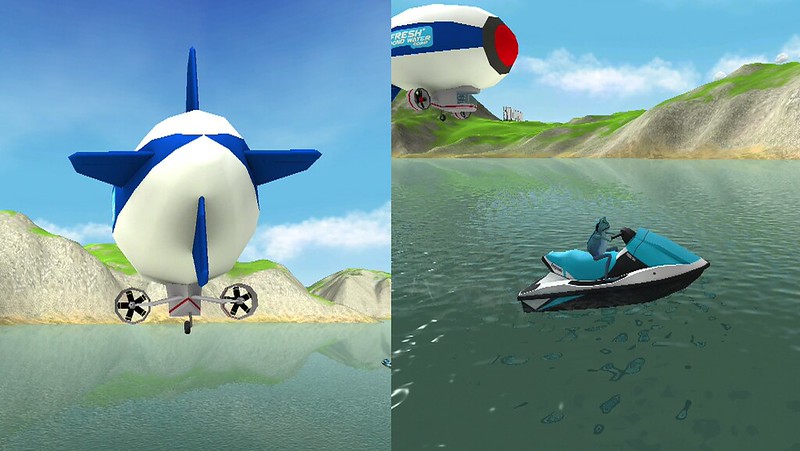 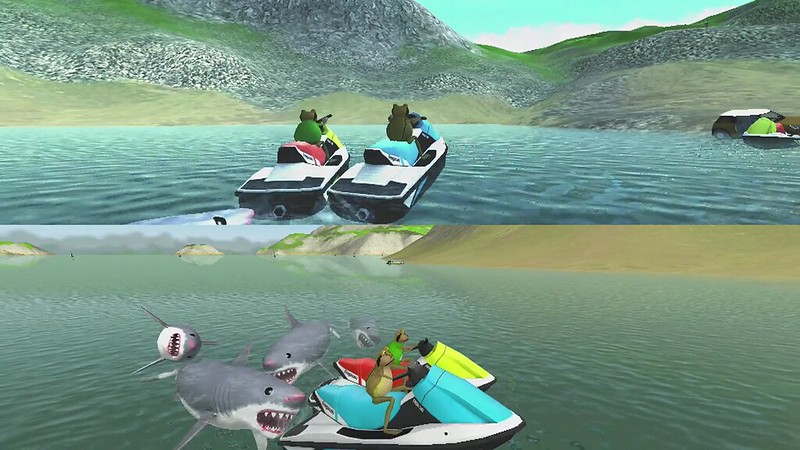