As many of you have noticed we released the Technology Update (f0.2.7) for Amazing Frog? Last week. Thanks so much for the feedback. As ever you guys are awesome.
We have been very busy this past week making fixes and finishing of a few things which didn’t make the update in time. We will get that out as soon as possible, so stay tuned for another update pretty soon. Thank you to every one posting bugs, ideas and observations, Minecraft replicas! and illuminati guides in the Community. We are listening and always appreciative.

So here, one week late is the official announcement for The Technology Update. 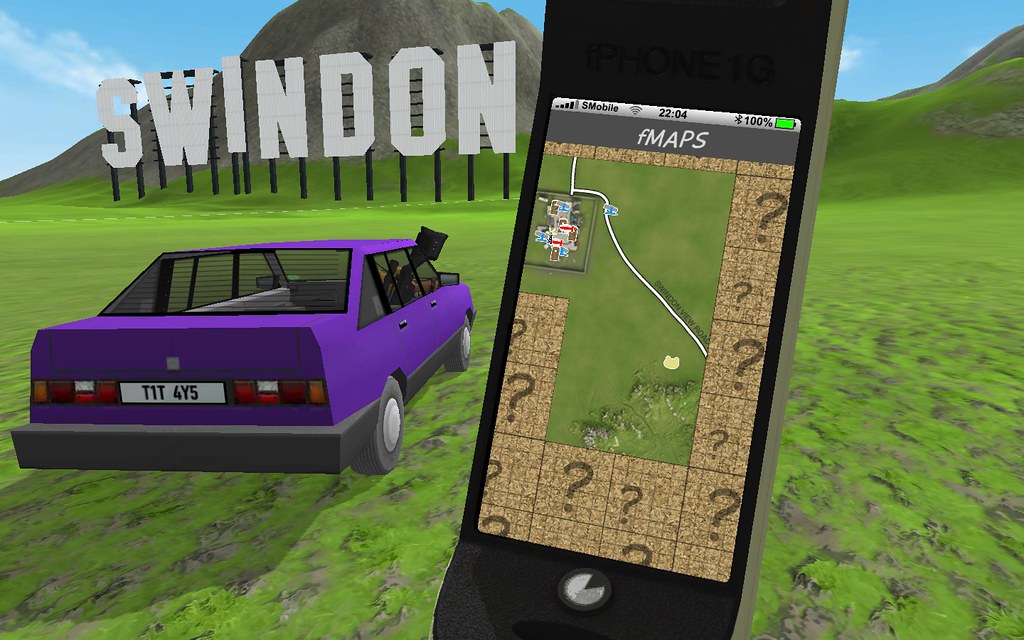 Introducing the fPhone. You all know where we are heading, we all want Amazing Frog? to be playable online, this is no secret. Rather than jumping straight in we need to get all the right “kit” in place. Since we launched Amazing Frog? on Steam Early Access, we had not had any kind of interface really. We always knew we were going to make the fPhone as the frogs way to access ’stuff”… we just didn’t know at what stage. We made the decision to get our heads down and build the OS at the end of Summer. As much as the Amazing Frog? world is being updated and developed, so too now is the fOS and the fApps (heh) that go with it. Currently the fPhone’s hardware is the fPhone 1G powered by fOS 1.0. There are a bunch of Apps to discover and we have built the system with the purpose of adding more.

Frog Court has been Refurbished and is home to the Swindon Citizen Points Totaliser and the trophy cabinets. We are really excited about this building as like the fPhone for us it was another major milestone. Now that we have the building we can continue with our plans for The Swindon Constabulary. What is SCP ? Every super hero has to start somewhere. Keeping the streets (and beaches) tidy, forwarding lost post and rescuing lost kitties is a step in the right direction. Your tasks start here. 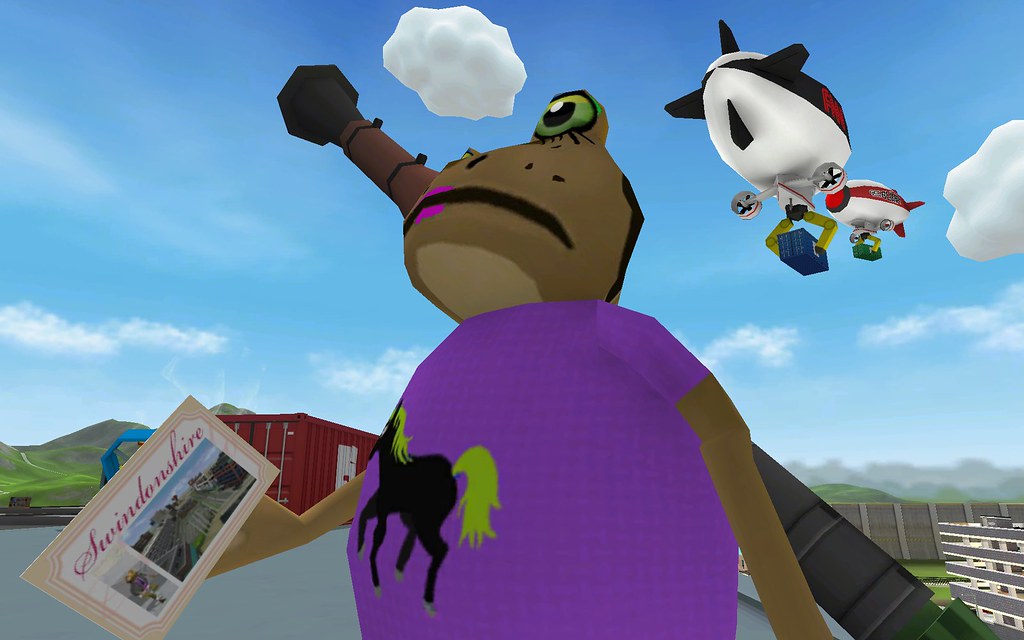 Collecting SCP point will unlock various thing in SwindonShire. The first and most important is the new network of Gold Cannons, courtesy of Swindon Transport. Swindon is home to the Swindon Space Program and FartTech have been secretly active in the Sewers below. But there have been strange noises coming from the sewers. Find your way into the Lab, open the LOL door. 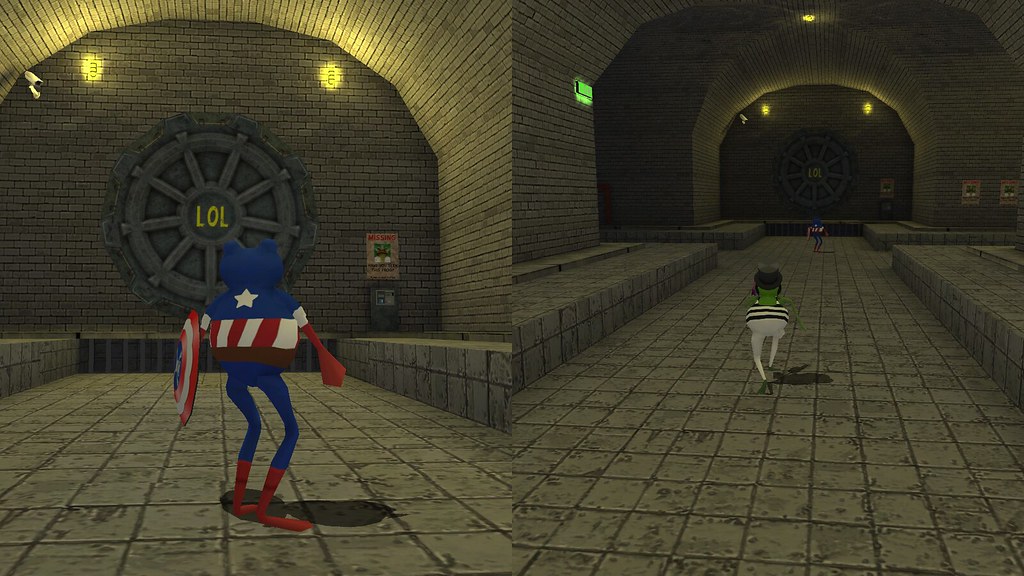 The Technology update saw a whole bunch of changes, updates and additions. We love developing Amazing Frog? I can’t state that enough. The problem is that we find it hard to stop “building” it for updates and we get wrapped up in adding, fixing and modifying things. So Here are some of the things that have been improved, fixed added extra throughout the whole game that we felt were worth mentioning. 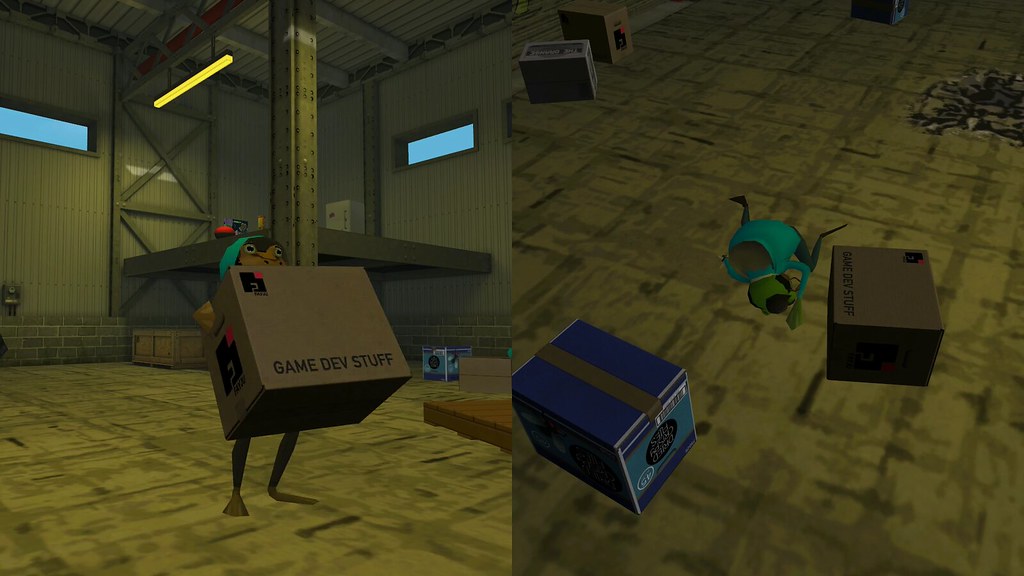 The Blimps are indeed faster… be careful of the ground … they are very fast. However, we reserve the right to slow them down when biplanes are introduced. But the Blimps should help you get around for now. 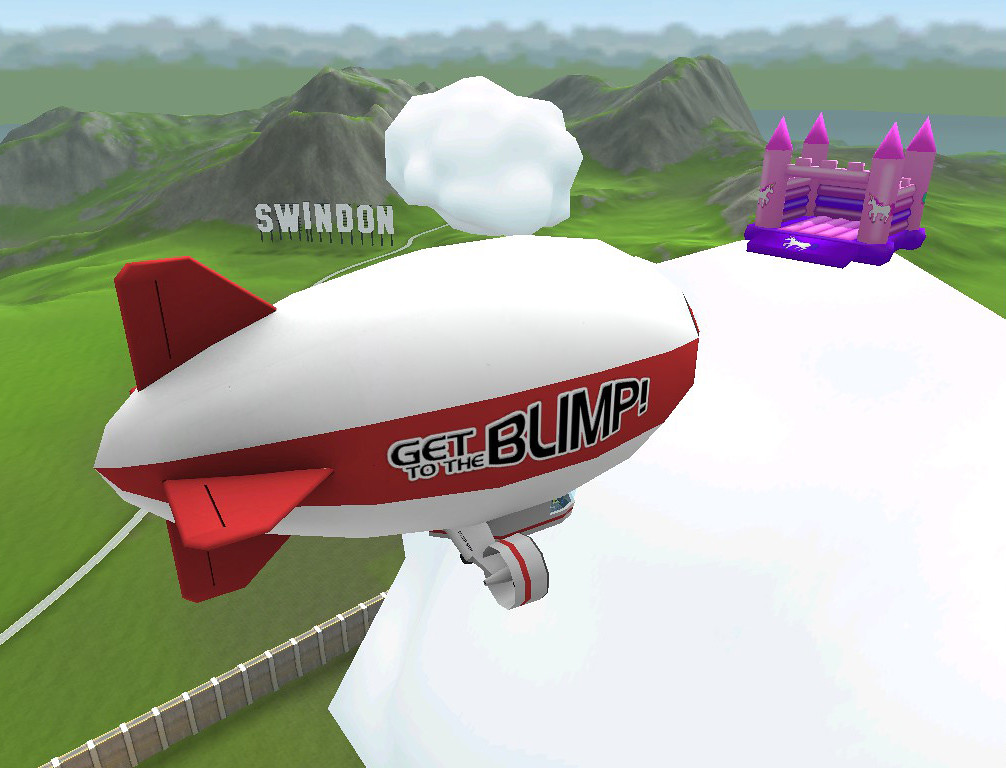 We basically rebuilt the way that sound is delt with after we replaced the boom boxes. The way we were doing music on the Boom boxes was not doing the music any credit, now you can hear it from any split screen frog player and we have handled the environment sounds differently. We added air speed and with it contrails on the frog should help you feel like you are falling faster 🙂 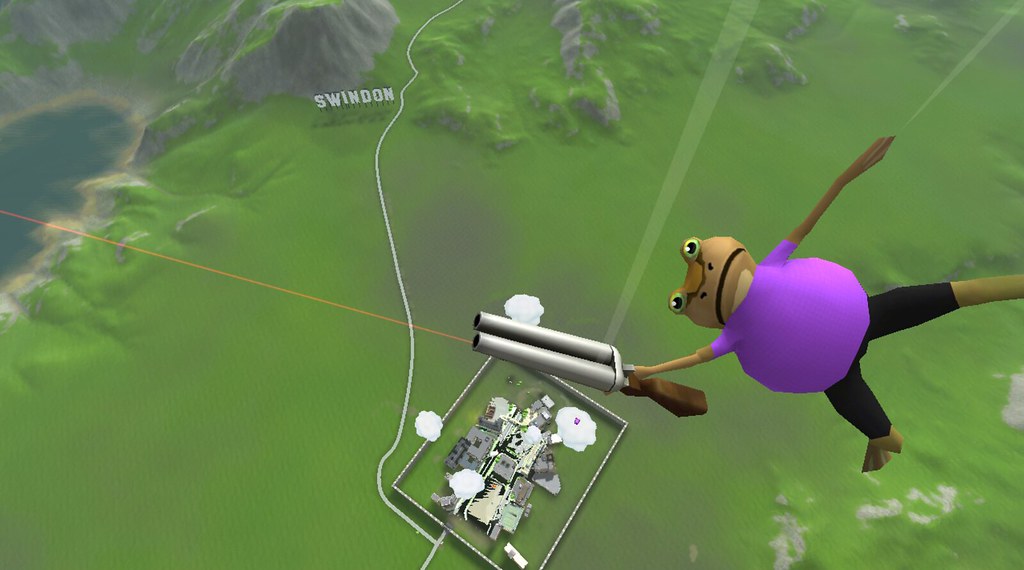 We made a first person cam for thrill seekers. Also Easy Cam, which was mainly mainly for people who get a bit lost when using both sticks of a controller, it may also be help for for those on keyboard and mouse. It basically adjusts the camera to move behind you as you run forward. These are accessible from the controls fApp on the fPhone. In the cars we made the camera have the option 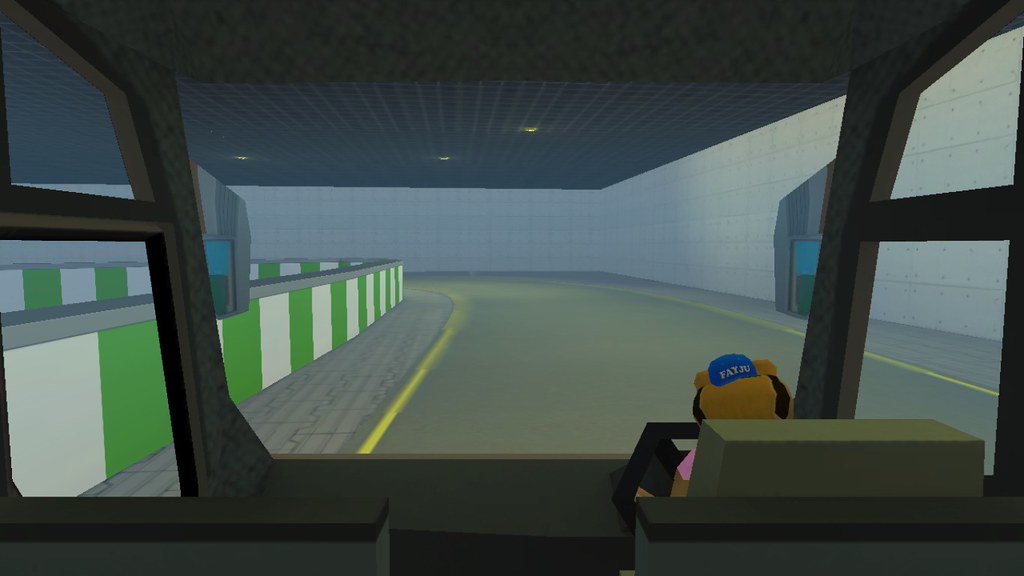 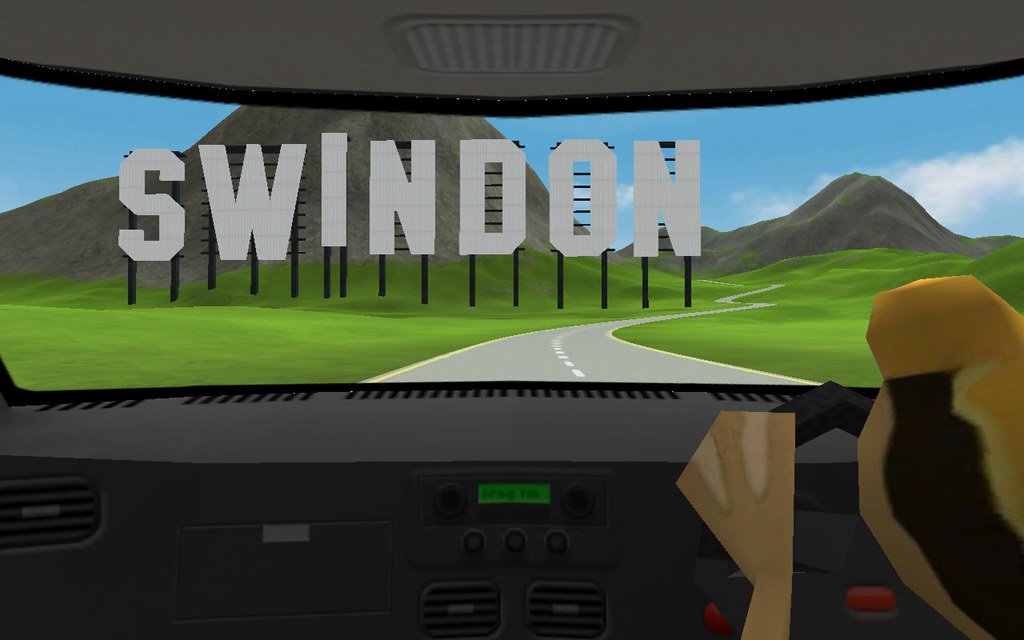 We added a whole bunch of weapons, the sniper rifle is our weapon of choice, but now you can holster weapons theres every possibility a shotgun wielding frog can descend rapidly on a sniper for a win. However, if you want guns in Swindon you will have to prove yourself. The switch to turn on “Dangerous” guns is on the tallest building in Swindon. If you achieve this you will be rewarded the “Gun” App. You will need this app to activate guns in Swindon. The water pistols, nerf guns and nerf crossbows however are always available. The overall Gun system was upgraded, not just allowing for Holstering, if you want to take your gun around, but they should just work better. 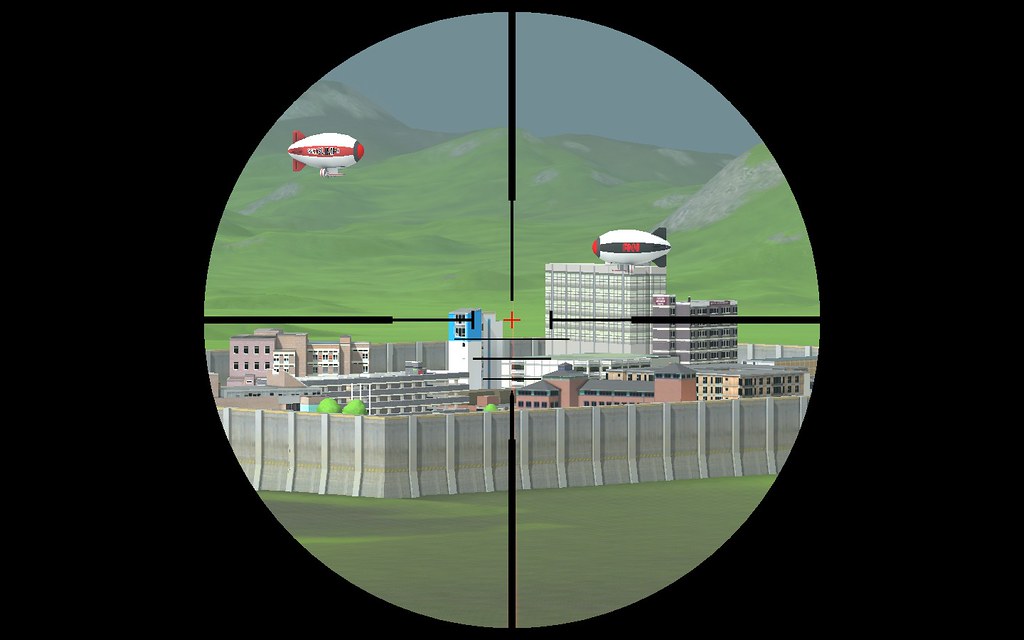 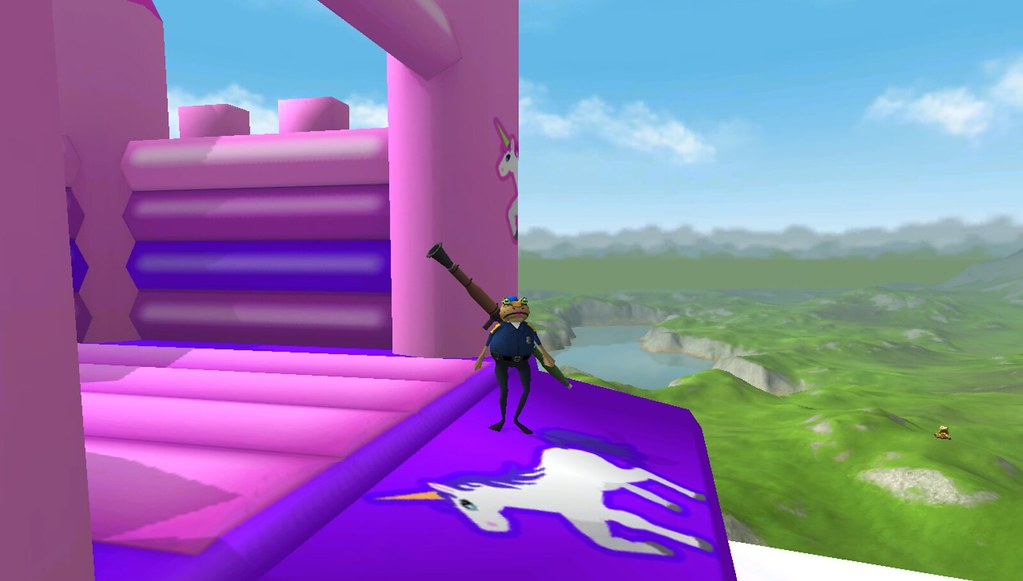 We love your screen shots, because we know what you had to go through to get them. We go through them every day, so many awesome screenshots. I have grabbed a load of bunch and downloaded them to my machine so I can grab relavent ones when I need them and I have sprinkled a few in the announcement. The ones from the community I have put links to their community entries on the images.

As far as Nature photography goes this one of the Mega Shark blew our minds. 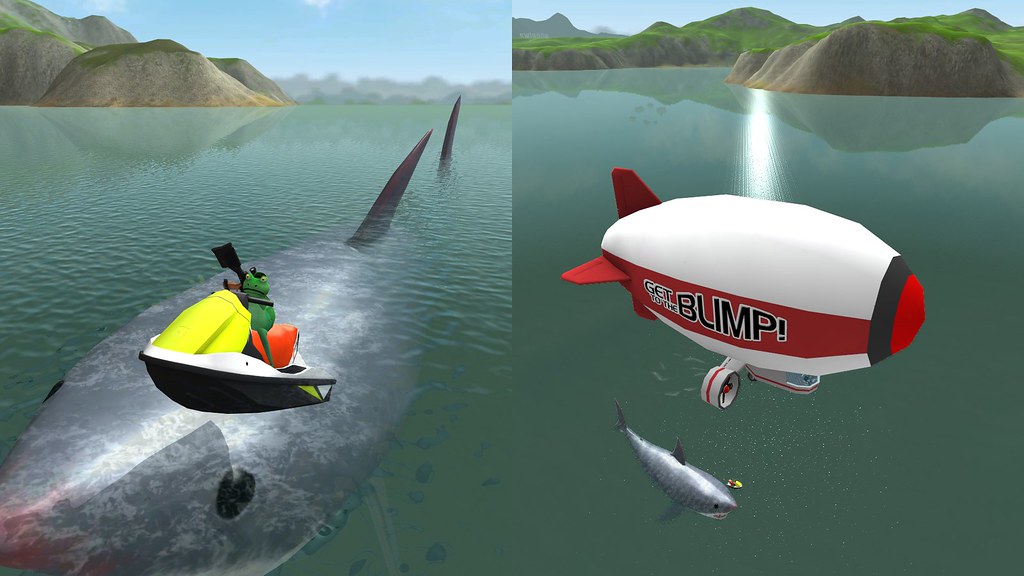