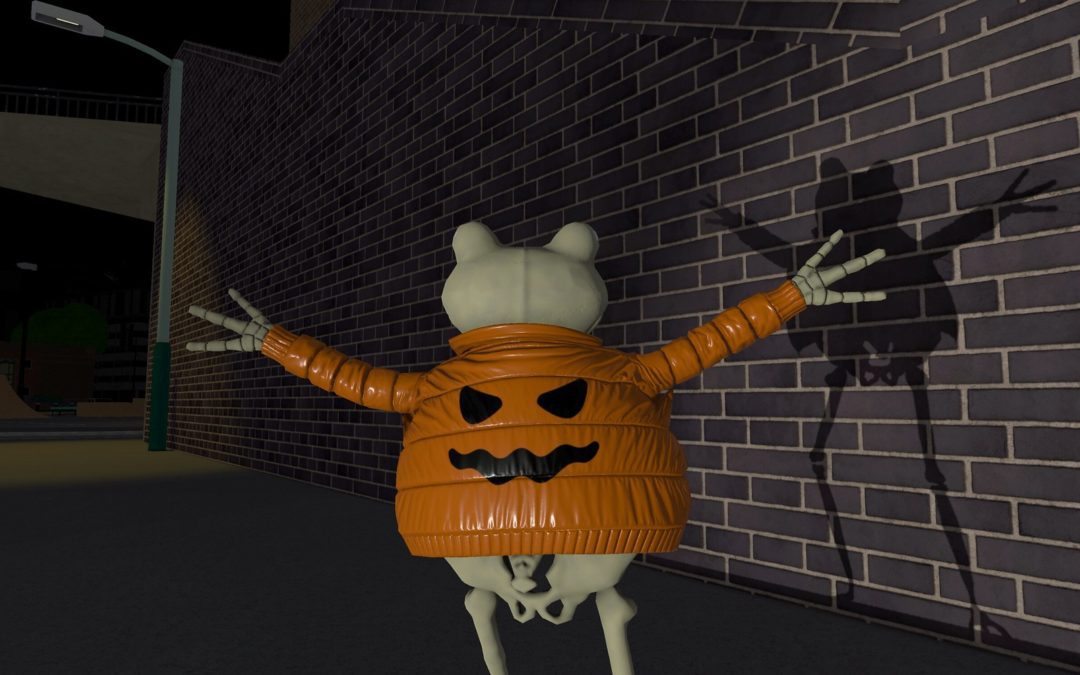 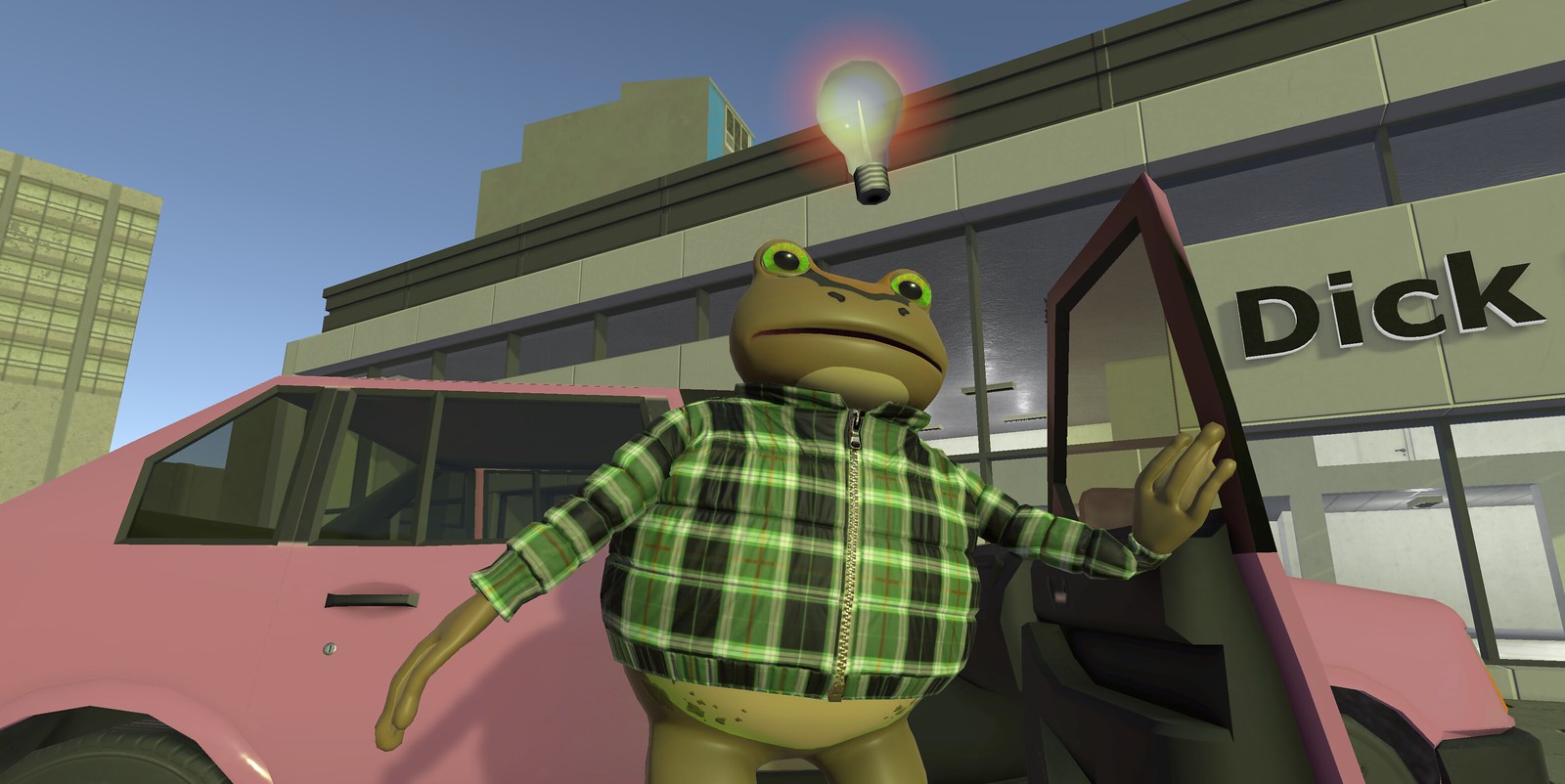 First off sorry for the silence. We have been busy with Amazing Frog? development and I never really know when is a good time to share. I want to tell you about what we have been up to since April It’s basically all been about getting a V3 update out there. We are pretty close now and the release of our first V3 update feels like a big milestone for us. Before I talk about what’s coming up in the next update I feel like its worth a look back at the time Amazing Frog? has spent in Early Access. Since we are really hoping to come out of Early Access very soon.  So we scribbled down some thoughts of our Early Access Journey into a cheap sketchy timeline.

Of course this timeline you can pretty much see in the ChangeLog. This is not an app we intend to abandon in the upcoming Updates (some we will lose). As we move into V3 The Change Logs will persist as will (hopefully) most of the save data. I am looking forward to writing the f0.3.1 entry ( I may skip the letters at the end of the versions moving forward but…)

So What happened to Flight School?

Well the natural progression for us after the Drone update was to continue with Helicopters and airplanes, it just didn’t work out like that. What it eventually came down to was the real purpose of adding helicopters. They are needed to pick up large objects and move them around, swing giant wrecking balls etc…We wanted players to be able to move things around more easily. It got to the point where we couldn’t see it happening using the “old school physics” of Unity 4, I mean the more recent V2 blimps could have been much better. Basically, we had taken V2 as far as we could. We toyed with the idea of making a definitive V2 “Gold Master” version that we could distribute on other platforms, but, ultimately the natural progression is only forward and on with V3,  to secure Amazing Frog? s ongoing development….So Flight School had to be postponed

Only one way forward…. 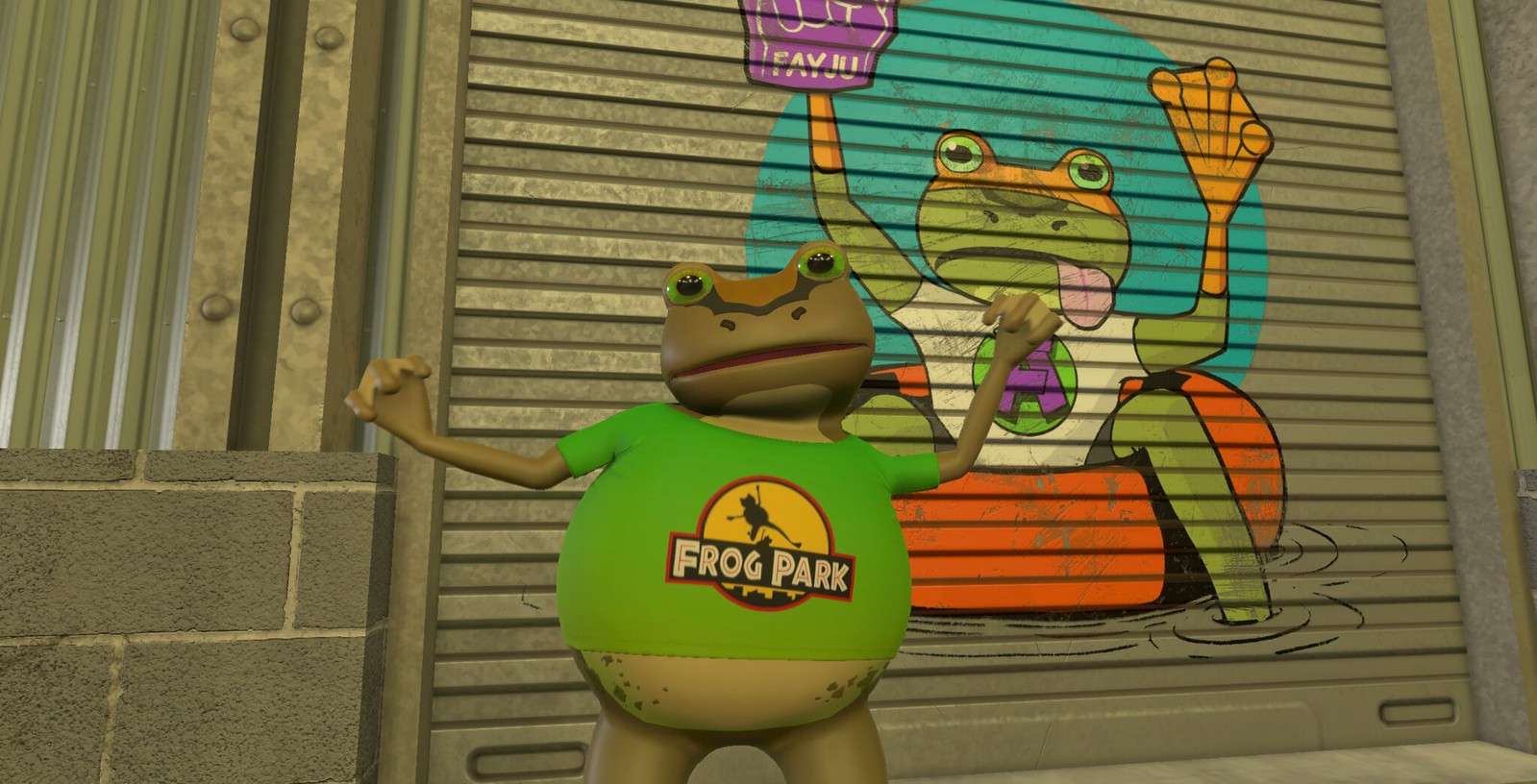 So In March I decided to Start again line by line, system by system and rebuild. I’m not going to lie, it took a while and I often had this nervous feeling that I was taking us down a path that may end up leading nowhere. When we got to summer things started to look much brighter. The project was intact, I could make builds, and most importantly the frog was behaving like “Amazing Frog?” and not generic rag doll biped individual. Now we have a more stable “Amazing Frog?” with a more sustainable future proof environment to continue the development of the Universe. After all, to continue the development of what we think is the most important thing we have ever made is all we really wanted.

Making the cut for V3… 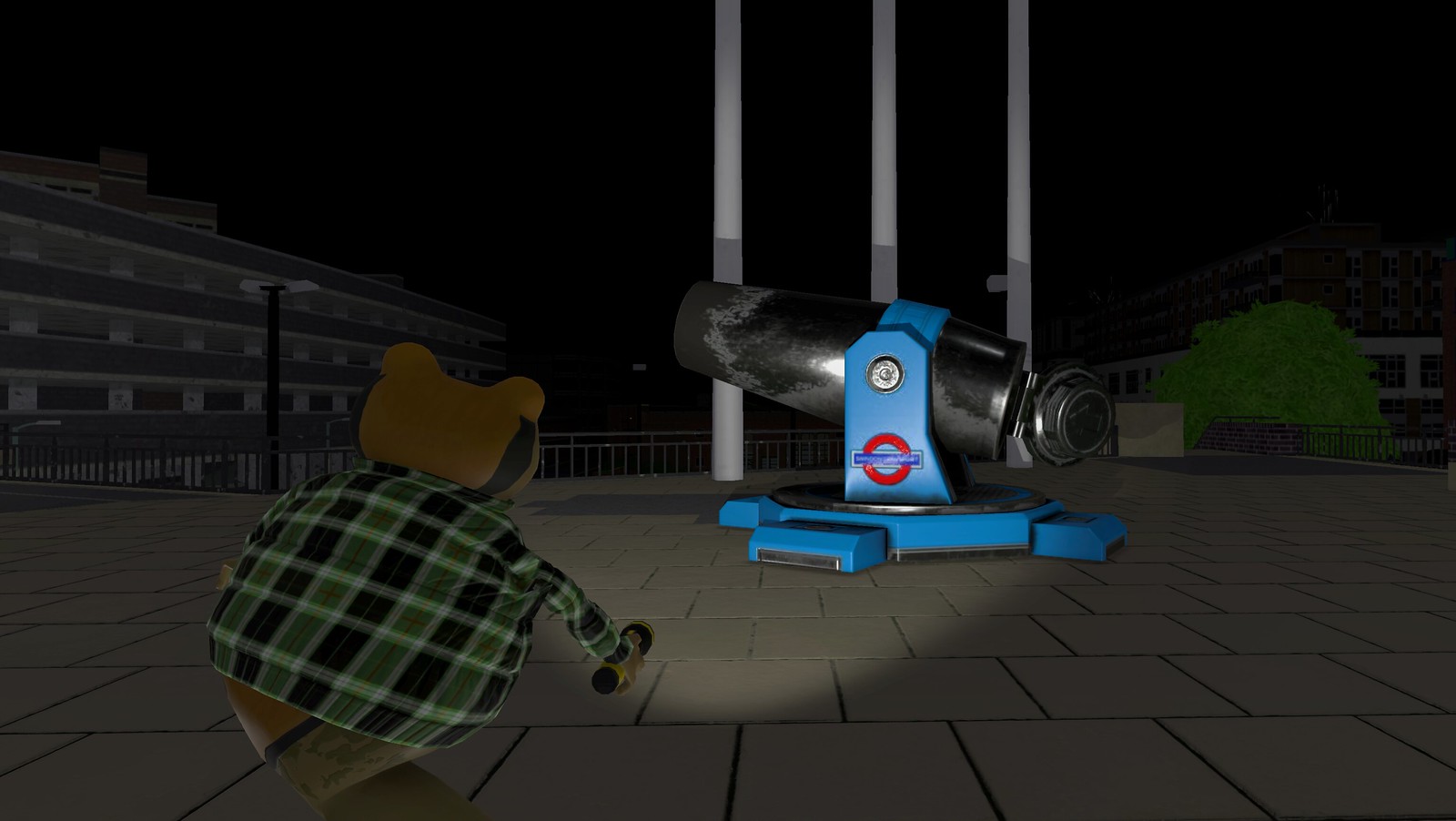 I wish there was a magic brush where I could convert every aspect of V2 into V3, but it doesn’t really work like that. Fortunately, much of the stuff since Grapple hooks has been programmed to exist in more recent versions of Unity and is less difficult to keep, but some of the older stuff is difficult to retain. But the benefits of much of the rebuild are now becoming more apparent. For example the water physics, You will have to wait to “see”( or play) that to see how different it is, but it just feels worth it. On the downside, it also means everything in the sea needed reprogramming or restructuring. Or the lighting V2 was dependant on static lightmaps baked into the environment, V3 we have a day-night system… but that means many objects like cars or lamposts and all sorts of ‘other’ things need daytime aware programming. That’s just the tip of the iceberg.

Having said that, we are trying not to lose stuff. Even though you will encounter many changes to an already established environment,  we are also taking steps to keep older features active. Take for example the new frog. Just like the sharks and alligators, the water physics-ness had to be rebuilt for the frog, but also the look. The situation with the frog’s new clothes demonstrates some of the wider issues we have been facing in this upgrade process. The new frog has interchangeable clothes with physical rendering, puffa jackets, T-shirts hoodies, etc.. but most of the characterization of V2 worked through a more old school “skins” process. It’s going to take a long time to recreate all of those “outfits” with physical (modeled) clothing. ( we will… we will, but not all at once) In the meantime, we came up with a way for the new frog to “wear” the old frog if that makes sense. But since the old outfits that you may have unlocked would not be able to work moving forward in the new Frog wardrobe system we came up with a way to physically archive them and still have access to them. There are many established activities in Amazing Frog? Getting to The Moon, Unlocking the Magical Mystery Toilet, killing the Megladon, discovering the balloon jetpack, many of which we will have to divert or close off for the first few updates. We have even been debating if the Moon can work or if we even want to keep the Moon at all and if we do in what format. So we may need to lock some things off …even if just temporarily. There are many things we just don’t know what the deal is yet. Take for example the Magical Mystery Toilet… We have put a few things through in our testing but we can’t be 100% sure what will happen with everything anymore (as if we ever knew)

I don’t really like making promises for an update date as I hate disappointing people if I fail. But October seems as good a month as any to get an update out. Last year I think we launched a Halloween update on the 1st of November which is pretty typical for us… and it was a bit broken 🙂 But I want to get something “playable” for you all within a couple of weeks. I can’t promise what shape that will take. I may close off a lot of the world or features, but if I close off too much I will launch a beta rather than a replacement update… I DON’T KNOW, but it’s only in the past few weeks that I have felt capable to commit to saying something like this and so write a “Frog Blog”