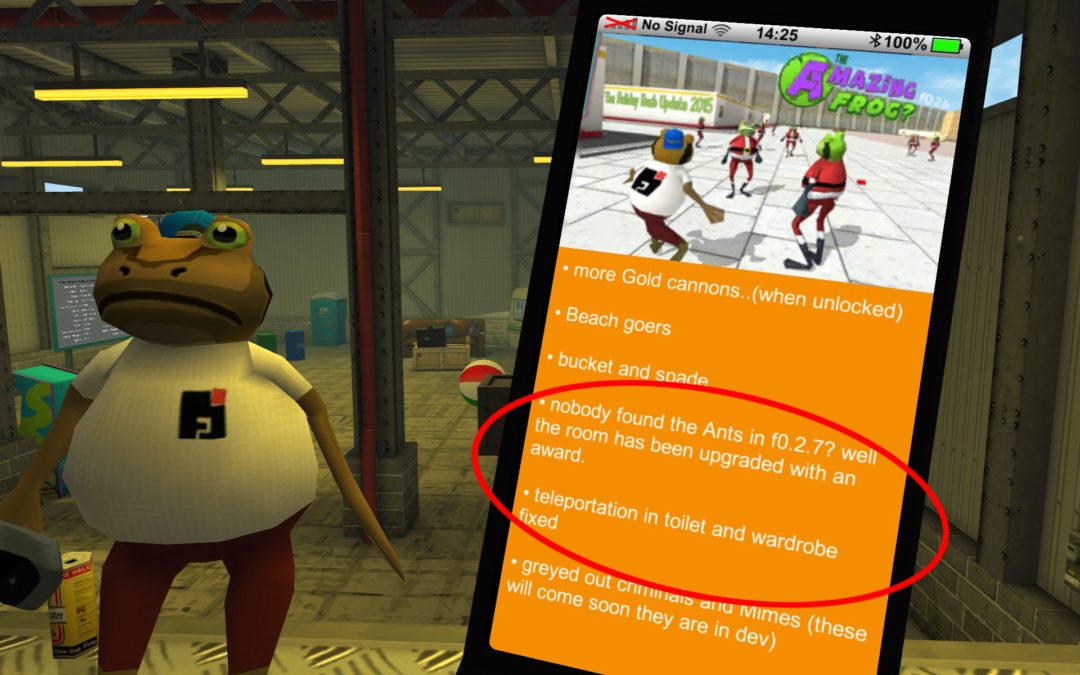 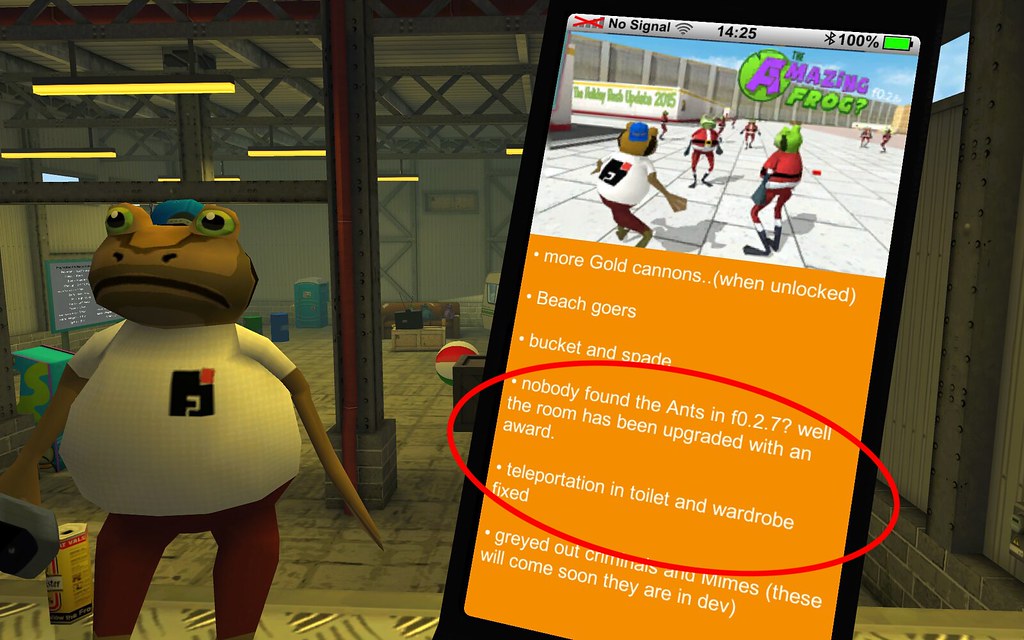 Hello Everyone, I just wanted to bring a small typo in f0.2.8a to everyones attention. This is mainly regarding the Change Log in the recent Holiday Rush Update. The Holiday Rush Update was just that – a massive rush to get you guys some new content for Christmas, but there were (as always) a few things that got over looked.
In the Change Log there were two entries that were input incorrectly.

“teleportation in toilet and wardrobe fixed”

– I didn’t manage to fix this for the Holiday Rush update.

“nobody found the Ants in f0.2.7 ? well the room has been upgraded with an award”

– Unfortunately in the mad rush I forgot to activate the Award system in The Ant Room so this log is also incorrect. I just wanted to warn every one about this incase you actually gained access to our Secret Ant Room and were then subsequently disappointed by the lack of suitable reward. 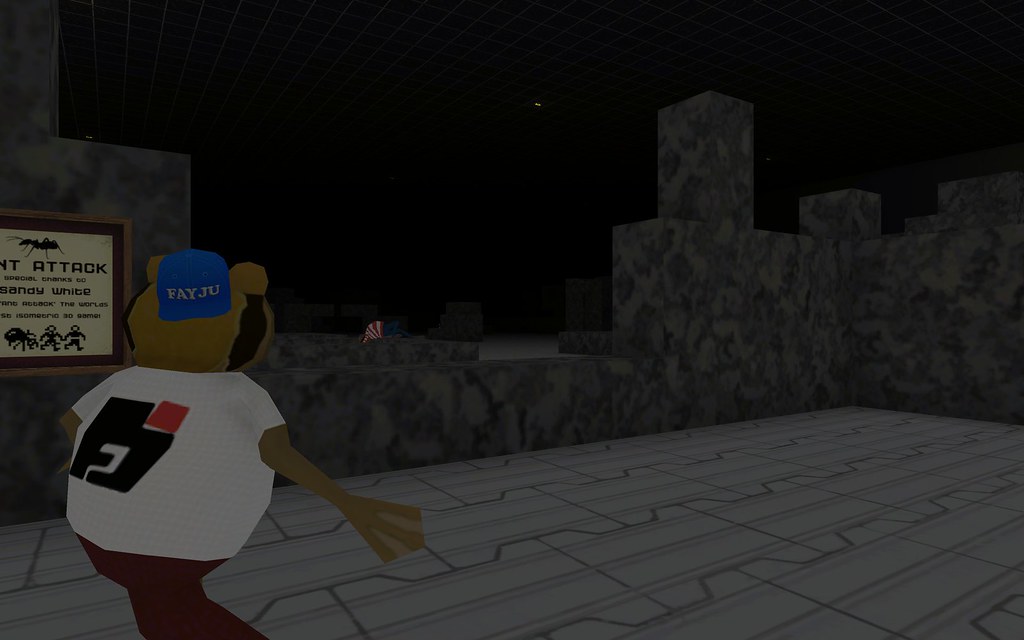 Both have already been corrected for the new update f0.2.8b Who Let the Frogs Out? which we are aiming to get to you as soon as possible. We clearly can’t allow santa Frogs running around Swindon for much longer.

In other matters we wanted to let you know that we are checking the screenshots daily and really excited by what we are seeing, not just in terms of artistic merit, but the sheer, mind boggling sense of achievement needed to capture some of these awesome images.

Below is an image of Hal’s Cactus for your consideration… 😉 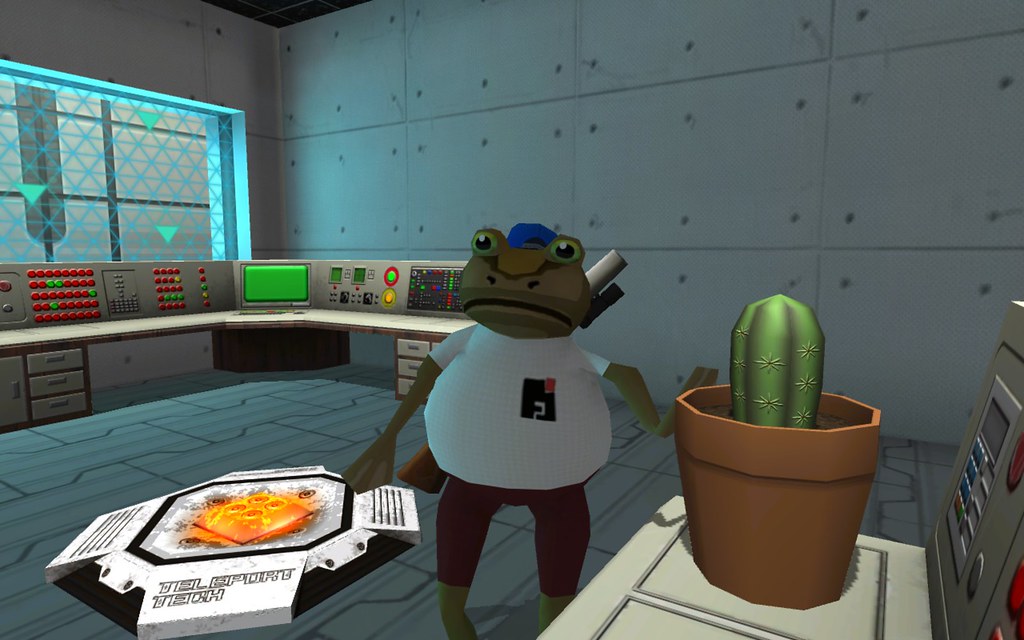