So you can fart in a Sharks mouth to escape it, its just a bit of fun since you will probably land in another sharks mouth any way, but it does give you a bit of an edge.

I think we got a little over excited with the buoyancy Update (f0.2.0). To be honest we were never intending to put floating stuff into Amazing Frog? so soon, but I just kind of ran with it. Hal made a Shark we rigged it and laughed our asses off, so much that we just couldn’t help focusing on buoyancy sooner than planned. Now we are pretty pleased that we have buoyancy in Amazing Frog? as it allows us to move onto the Lab and spend more time on The sewer, shooting and switches. Also it has opened up a whole new way to play.

Buoyancy involved a lot of fundamental changes to the physics and it caused some problems. Many of you have been drawing my attention in the discussions. Thank you so much. Since 0.2.0 we have been working like crazy looking at why the cars were broken, for example, also there are a lot of fixes in this update not listed here. 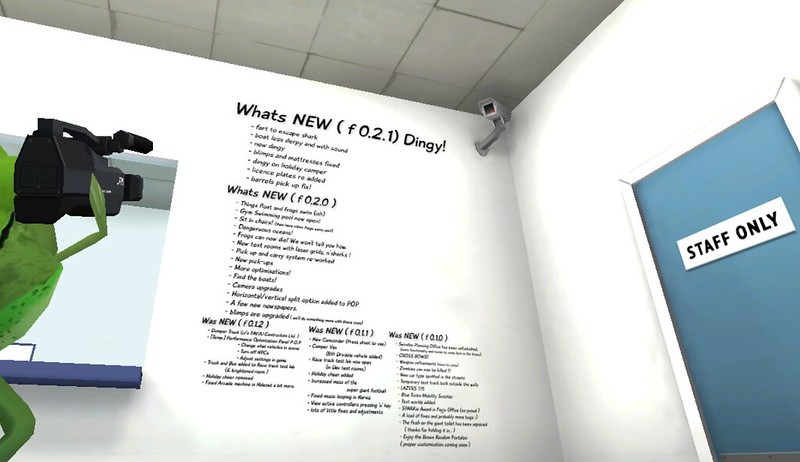 I felt under a lot of pressure to get 0.2.0 out and as a result overlooked somethings. Although thanks, I like the pressure, I think it makes me work harder, especially when I know people want more Amazing Frog? which is great.

Also, as always, we love checking out the screenshots page. Some times an image can really inspire the hell out of us and show us scenarios we hadn’t thought of. 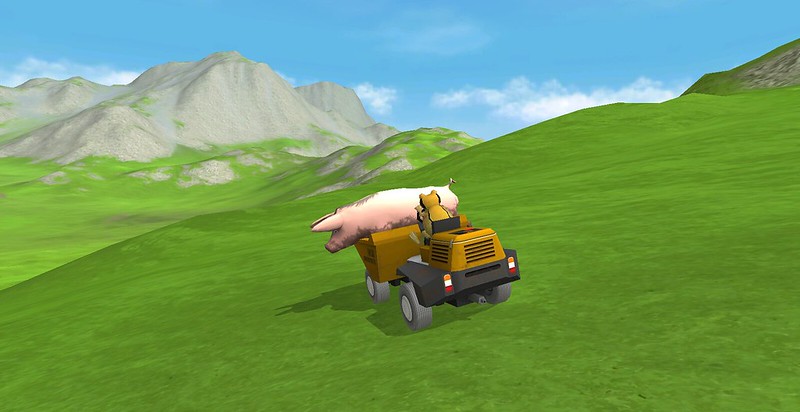 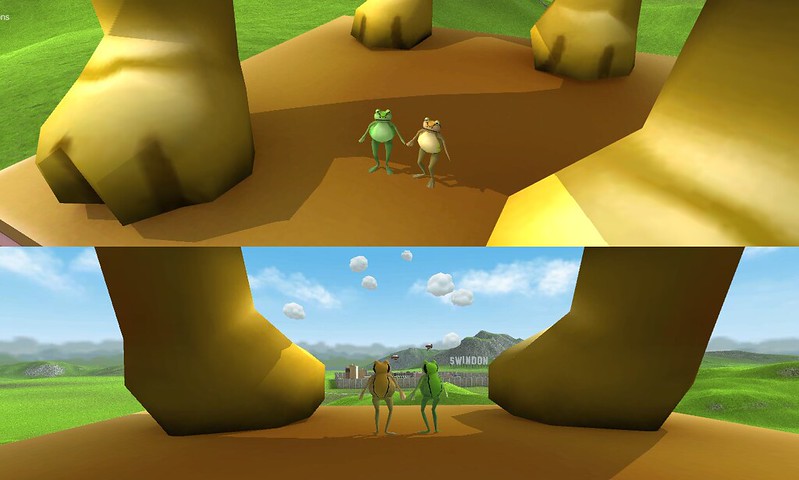 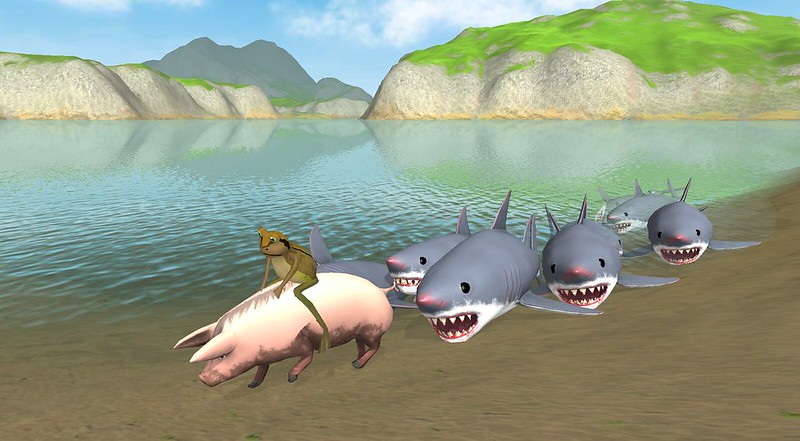 A Note on Slower Machines and Optimization-

Culling has been reworked and it should give a performance boost on slower machines. We are aware that the Swindon world demands loads more processing power than the other worlds. There is just so much in there and optimisation is an ongoing concern there. We will get there I mean we managed to build a 3D game on OUYA. You will see some huge performance boosts soon…. We will support lower spec machines more with the Swindon World, but while we are adding so much new content Its very hard to strike a balance between rapidly adding the new content and fierce optimisation. Those of you that have been experiencing problems, if you have time, play (f0.2.1) and let us know if it is any better or not. There are further steps I can implement for a bigger performance boost in future. Part of my week is always focused on Optimisation.

This week the pick up of weapons is better,  easier to stand when holding a gun, culling improved so when you are outside the “WALL” the fps doesn’t dip as much when you look back at Swindon. Mattresses Fixed, A bug where if you get on a players shoulders and then that player gets in a car it goes crazy, fixed, Blimps can be entered properly, the life ring settles around you when rag doll, the boats are less likely to fly off into the air. These are just the ones I can remember right now.

We encourage you to explore the island, we don’t know all the great locations on it yet, its pretty big. We are looking at a big Civil Engineering Update, Hal is focused on a Road Network, bit by bit we will start enabling better transportation and access. 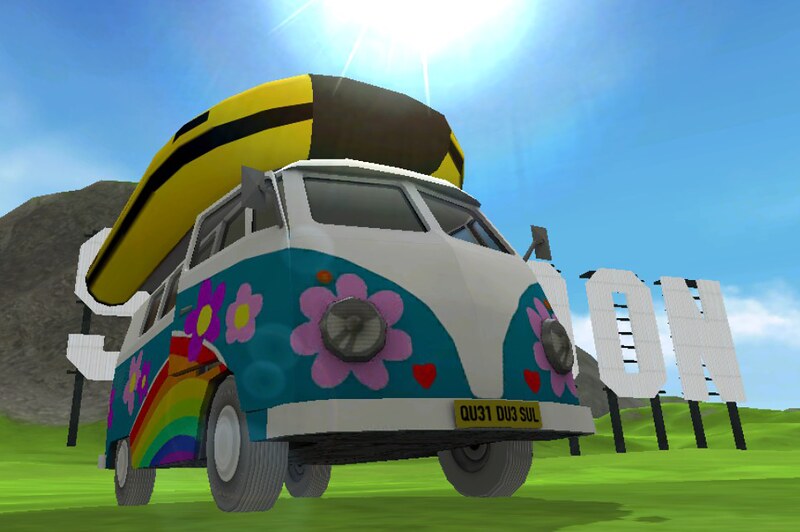 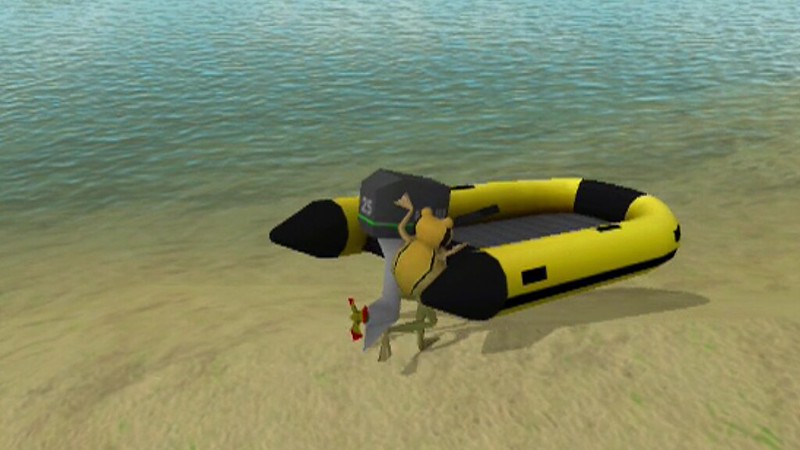 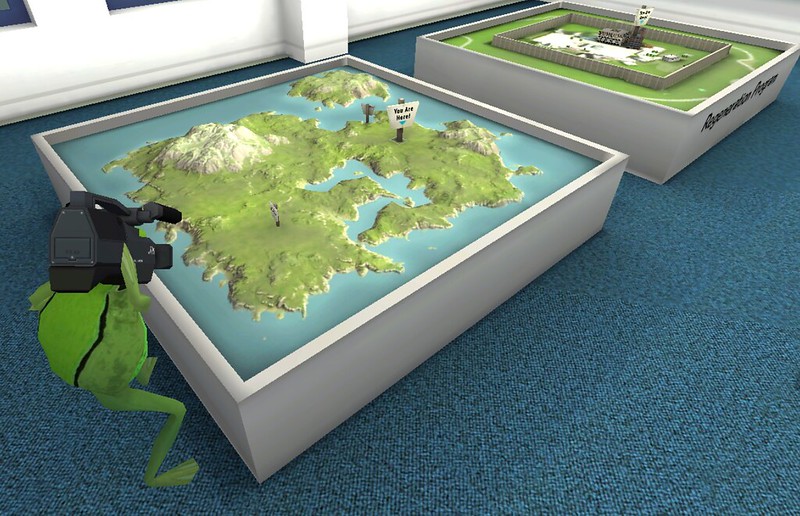 We have been having a lot of fun in the new test room for sharks so we added another.. Still no scoring but when we add it it will be added everywhere at  once. This room was inspired by a video sent to us on twitter. 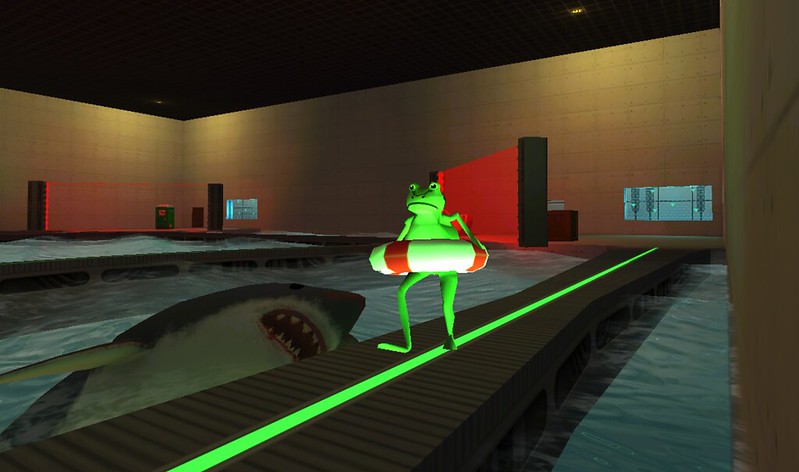