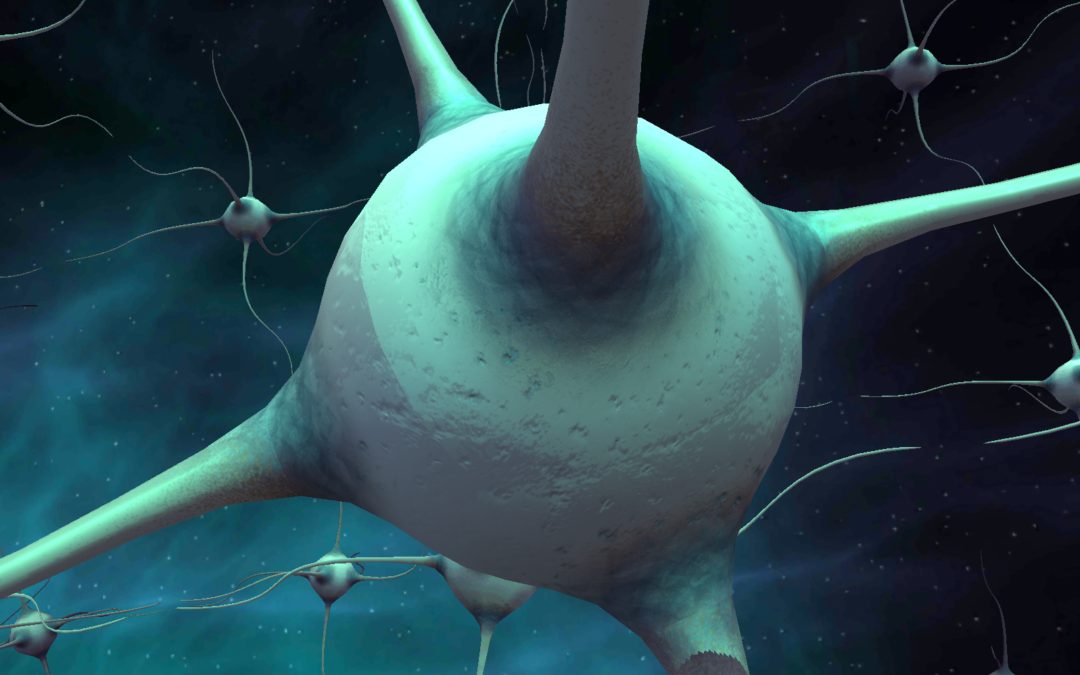 When building Cascade, once we decided how to represent the brain, we then had to work out how to navigate it. We had been back and forth over this issue. Ideally we wanted a fully navigable 3d Space, but had almost resolved to make a planar environment that had a limited number of Cells to explore. Again this was not the intended representation, we wanted the landscape to be vast, a near everlasting space of brain cells, to convey the magnitude of the brain.  Each of the cells in an individual battle ground against Alzheimer’s disease. But they are all interconnected and when one falls it effects the integrity of its neighbours.

We made a single brain cell but gave it the ability to be individual. The cells have 6 axons that reach out to its neighbouring cells. The axons have about 30 individual bones inside which allows us to generate unique formations, based on Bezier math. Further into the development it will be important that we show information physically traveling between the cells and along these connecting axons so a mathematical process like Bezier to calculate their form seemed the best fit.

A high resolution cell that is viewable close up duplicated many times will not render on the platforms that we intend to launch Cascade. So we used Unity’s LOD Grouping and have 3 versions of the cell that share the same underlying bone rig. and then used Fog and camera range is optimise the view.