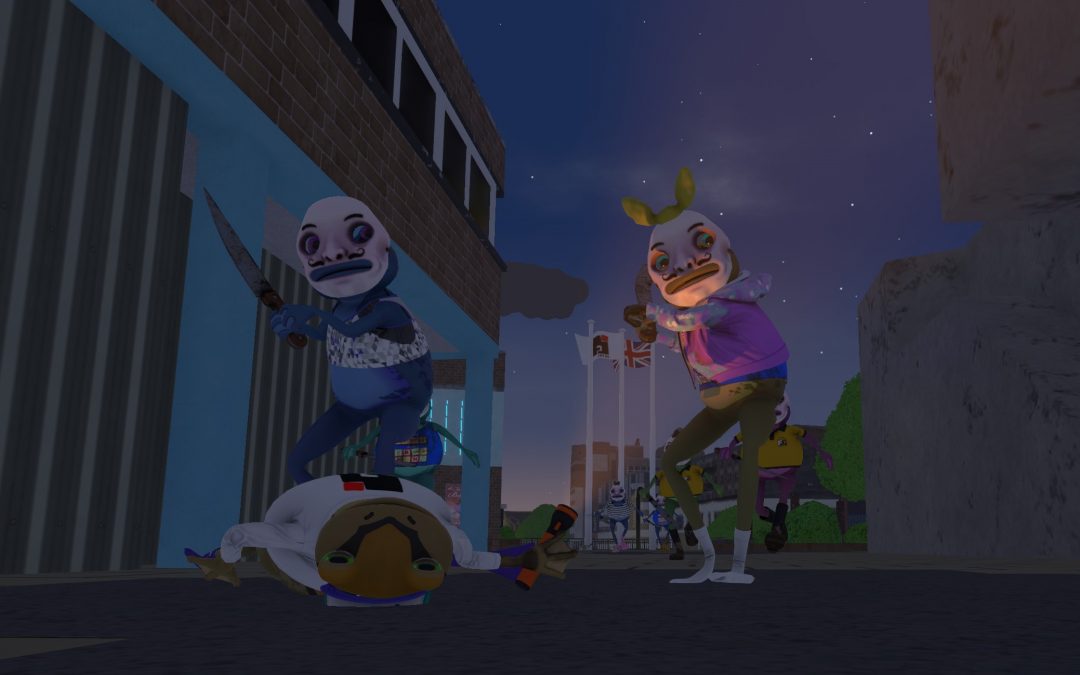 Thanks for your patience, the Updates start now, with something dark to take us into the winter months. Well, it might seem a little bit violent at points, but it was intended for a halloween special, we just got delayed and perhaps this was also how we responded to being officially rejected by Frog Con this year.

Having said that its been a lot of fun for us playing Amazing Frog? again. This is the first update to Amazing Frog? since the beginning of the year. It may seem like we had disappeared… this could not be further from the truth. We have been committed to building Amazing Frog? A better and more expandable Amazing Frog?    This new version comes and will continue its development in two parts – The V3 Beta and V2 remastered.

This is not a misdirection. I know we have been guilty of misdirection in the past… but in this beta there are NO Sharks in V2 or V3…they are just not ready yet. Aquatic life will make its way back into Amazing Frog in due corse. This is one of the main reasons this update is currently only available on the public beta. If you came for sharks… come back in a week or so. If you like Frogs, balloons, guns, knives, baseball bats and dynamite and methane… then you are good to go 🙂 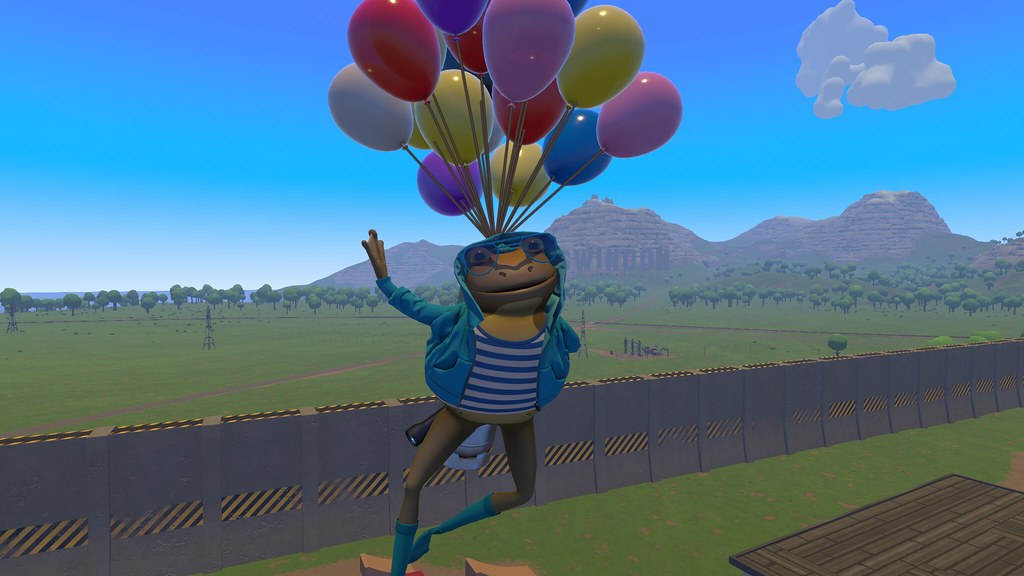 Pop Pop, There are a bunch of new items available in this V3 update. We have begun to categorise them too, toys, weapons, sport equipment etc… this helps when we are organising F.A.P.S

F.A.P.S. has seen some significant improvements, you can now remove stuff as well as add stuff. Although in typical “Fayju” Style we forgot to put the instructions in for this… But when the Gizmo is red you can hit “reload” and it will remove items in the range of the gizmo that you have placed.

Among some of my favourite improvements in this update is the driving. The cars have been improved. Different cars drive differently. Also they are more stable. For journeys to Swindon On Sea or The Stone Clock the cars are much more reliable. I can actually stay on the roads and I’m not a particularly great driver. I don’t think there were mobility scooters in the last V3 update ? but they have also been improved and BMXs are back pack compatible.

As well as developing the vehicles, toys and instruments of death, we have also been continuing the refinement of Swindonshire. We began construction of a Dam in order to separate the fresh and salted water. More on this soon because as I said earlier… there are no sharks yet! But if you feel like sight seeing its a nice place to visit.

We hadn’t really tried much remote play in Amazing Frog? until recently and we were really pleased at how well it ran split screen over a network, so thanks Steam! This doesn’t mean we are not still working on online multiplayer, but remote play certainly helped Hal and I test the game remotely. Even if most of the time even if we set out to build something it always ends up with Hal sneaking up on me unaware with some weapon. 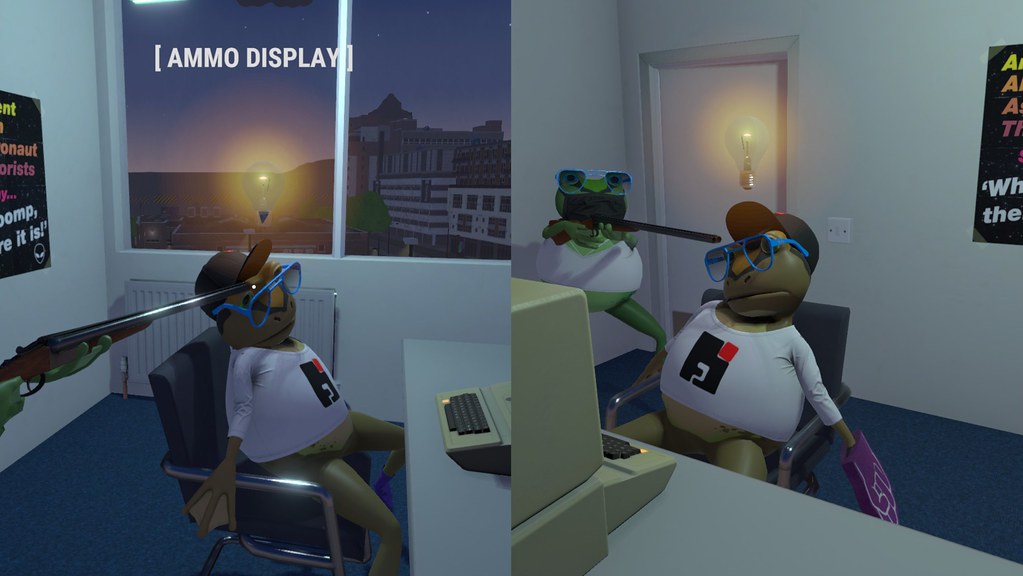 But then I can be a bit of a back seat driver when we are testing stuff out.

So what is V2 Remastered? – Good question, Gaz thanks!  We have been working on V2 built from V3 and we call it “V2 Remastered”. In a nutshell we are effectively rebuilding V2 in the V3 code base. As I mentioned before, to build V3 we had to literally start from scratch. In many ways we should have just started building Amazing Frog? 2, but since we never really finished V2 we never really thought that was fair on you guys and Originally our plan was to just update Amazing Frog? We never expected a divide to emerge between V3 and V2. 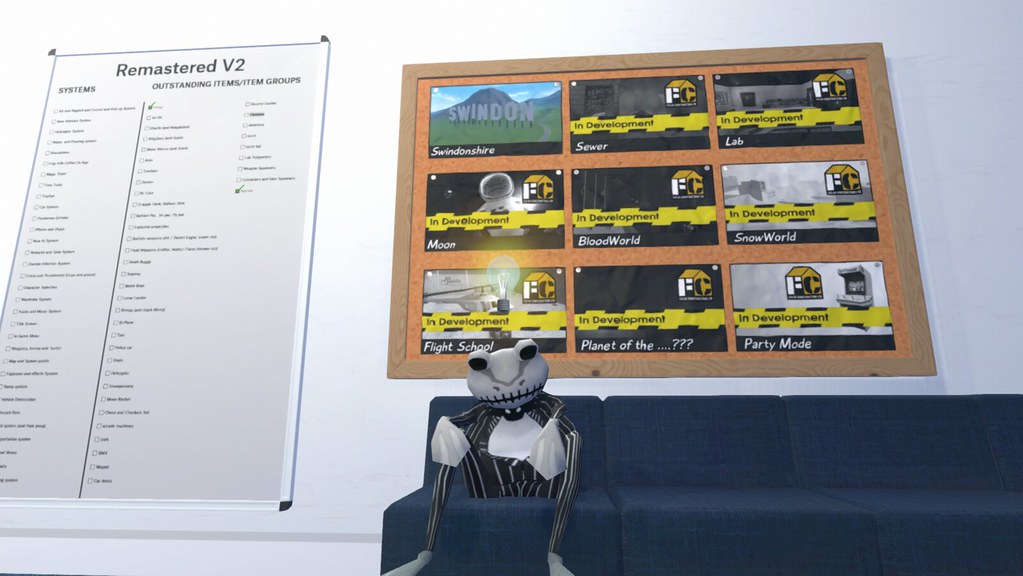 This remastered version of V2 does not have as many locations as the existing V2. We have put up information in the town planning centre, please check it out. We have seen some significant performance improvements. Since V2 remastered is build from the V3 code base that means what we add to v3 can also work in V2 remastered and as we recreate all the content from the original V2 this content can manifest in v3… Make sense? Its OK if it doesn’t. I started writing a Dev blogs multiple times this year trying to explain this… but always figured it would be best if it could just be played.

You will see many core features of V2 have been “taped off”  while they are in development. As we begin to remove this tape we will put V2 Remastered and V3 onto the default branch instead of beta.

It is worth noting that not all things will return in the same way. Obviously, some things are a given, The Giant Toilet, The moon, grapple hooks, Sharks Ants etc But everything is being rebuilt always with improvement in mind.

This Update is a huge milestone for us. Genuinely. And I can’t tell you enough about how excited we are about the next steps. Thanks for keeping up with us this far. On the 22nd of November it will be 7 years we have been on Steam. We should probably take Amazing Frog? Out of early access.