We Put Our Sparkie for Amazing Frog? into Swindon 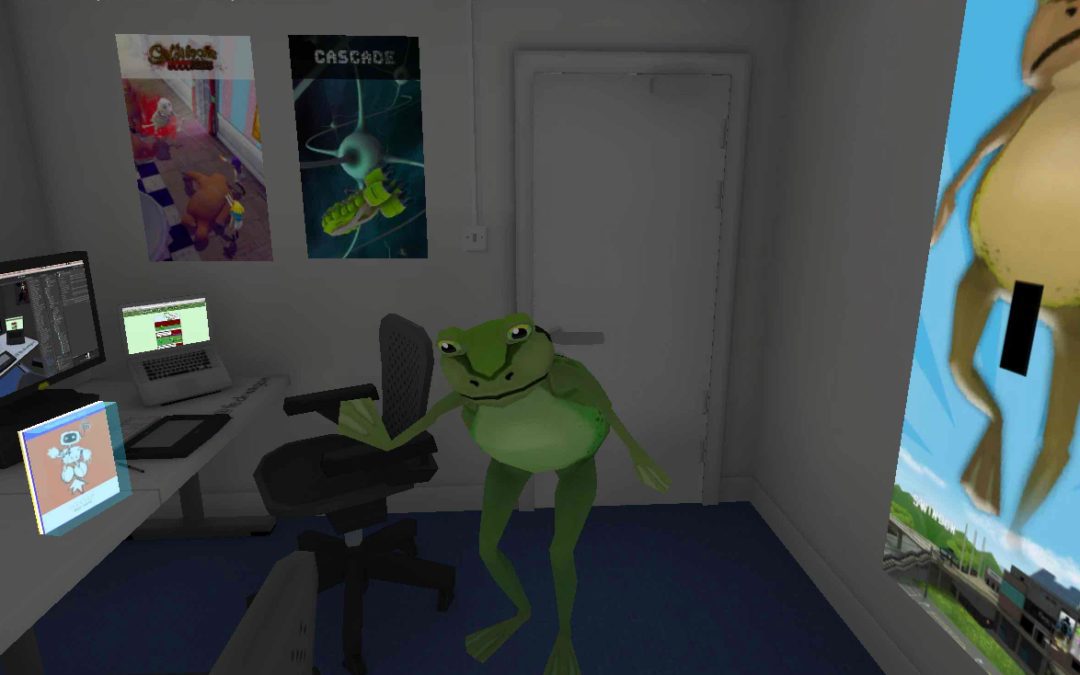 We won a Sparkie for Amazing Frog so we put the award into the game in Swindon.
The Sparkies are digital and tech awards for people, products and companies that make up the tech sector in Bristol, Bath and the broader West of England region.

We don’t have a great track record with Awards for Amazing Frog? We got burnt by IndieCade 2013 with some pretty blunt feedback, too much farting etc. I didn’t take it well and just decided not to bother going for any awards again in case we got the same kind of short sighted feedback. We though it might be best to just carry on doing our own thing without seeking “approval” from awards. So when we saw we were nominated for a Sparkie2014 for Best Game we didn’t expect too much and almost didn’t even want to look over for fear of a similar scenario.

Imagine our surprise when we won.

When the awards were on I was at lying on the floor at home programming through some desperate problem that I had been trying fix on Amazing Frog? for days. To be honest the thought of going outside was not really something I wanted, there was still so much to do for the First Early Access Launch. I feel bad now as I think we should have gone but when you are so focused on development like that its really hard to find a reason to wrap it up even for a night. I doubt this will change for a few months while we are in Early Access any way.

In Short, though, we are chuffed to bits. We picked up the Sparkie last friday from our friend Ben Trewhella at Opposable who not only went to pick up ours but bagged two for himself.  Now it takes pride of place our office and also in our office in the Amazing Frog? 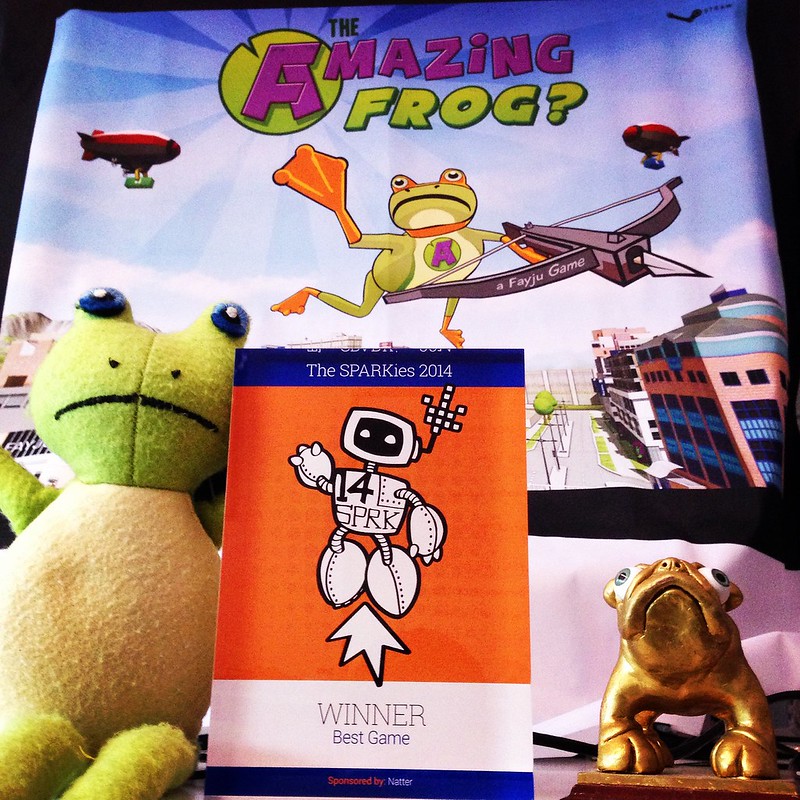